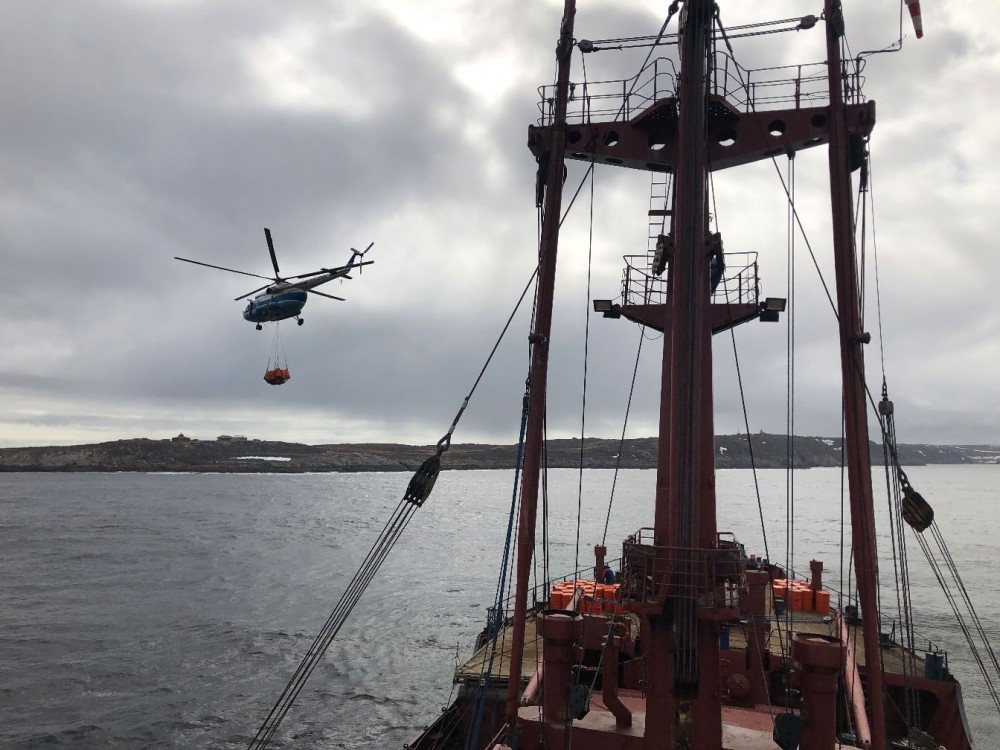 Supplies are running short, but the researchers working in Russia's many remote Arctic meteorological bases will have to wait as a coronavirus outbreak complicates deliveries.
Read in Russian | Читать по-русски
By

Research vessel “Mikhail Somov” has been kept at port in Arkhangelsk after a member of the ship’s helicopter crew tested positive for the coronavirus.

The 45-year old vessel operated by the regional department of meteorological service Roshydromet is this summer to deliver supplies to more than 60 stations across the Russian Arctic. The first of three voyages was completed on 11th may. Then, 16 stations along the White Sea and Pechora Sea coast was visited.

But the remaining bases will have to wait.

Despite a series of strict anti-virus measures, the research organization did not manage to prevent the spreading of infection among crew members.

It is a person in the helicopter crew that tested positive for the virus, and the whole crew has since been kept in strict isolation. A new round of testing is due this week, researchers tell local news broadcaster Pomorie.

According to Roshydromet, all crew members are thoroughly tested ahead of the voyages and a mask regime is in effect during the visits to the various Arctic bases.

The next voyage of the “Mikhail Somov” is due to include the archipelagos of Franz Josef Land and Novaya Zemlya, the meteorological service informs.

The annual summer expeditions are of vital importance for the people managing the research stations. Many live in isolation major parts of the year, several hundred kilometers away from nearest settlement and infrastructure. In the course of the voyages more than 500 tons of various goods, including foodstuff and fuel, is delivered to the stations located in the area between the Kola Peninsula and Chukotka.