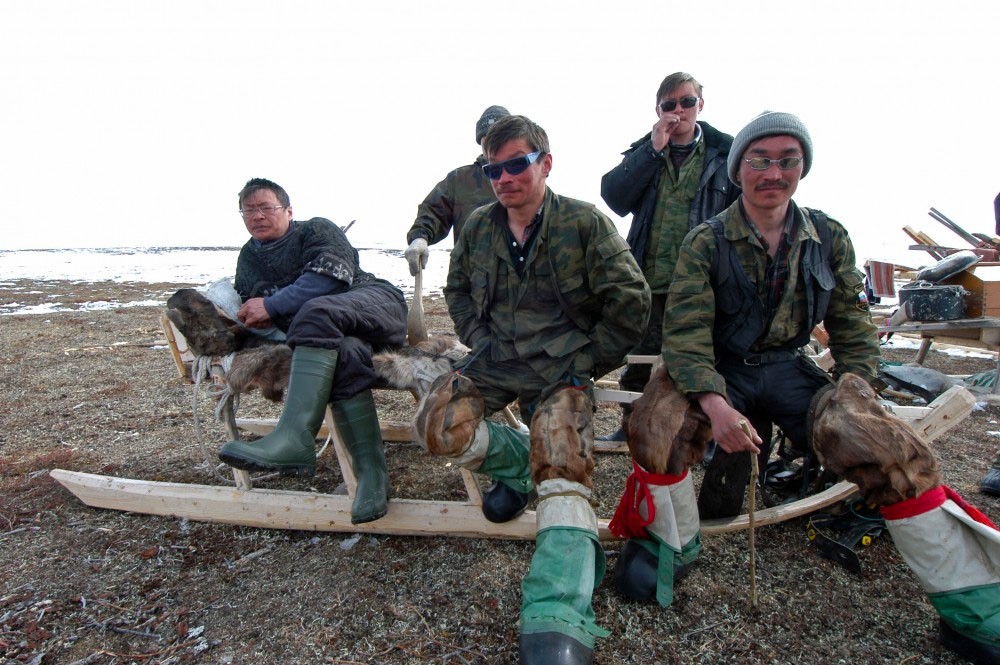 Officially the only place in Russia against the new constitution. Photo: Thomas Nilsen

The small and oil-rich Nenets Autonomous Okrug is the only region in Russia that voted against Putin's constitutional reform.
Read in Russian | Читать по-русски
By

Almost 78 percent of the voters supported the proposed amendments in the country’s basic law, figures from the federal Election Commission show.

It was a smooth run for the President, who got overwhelming approval across the country. Only one of Russia’s 85 federal subjects voted against the reform.

In the far northern Nenets Autonomous Okrug, a total of 55,25 percent of the voters opposed the changes that will enable Putin to remain in the Kremlin until year 2036. In Naryan-Mar, the regional capital town, the dissent was even bigger - 62 percent, election figures show.

Voter turnout in the region with a population of about 45,000 was 58 percent.

The result is a major blow to Acting Governor Yuri Bezdudny, who has been heading the Arctic region since its former leader Aleksandr Tsybulsky was appointed Governor of neighboring Arkhangelsk Oblast in early April this year.

In a comment, Bezdudny puts the full blame for the result on the ongoing merger process of Nenets AO with Arkhangelsk.

“Yes, the majority of the inhabitants voted against [and] I am confident that these voices are not against the amendments [in the constitution], but it is a reaction to the issue of merging the NAO and Arkhangelsk Oblast.”

The merger process was officially started in mid-May this year when the leaders of the two regions signed a memorandum on their merger.

Both Yuri Bezdydny and Arkhangelsk Governor Aleksandr Tsybulsky argue that economic realities necessitate a merger of the two neighboring territories.

But locals in the Nenets AO appear not to agree. The small oil-rich region with a significant number of indigenous Nenets inhabitants currently has among the highest salary levels in the country and despite the current drop in oil prices, the small region remains among the richest in the country.

A similar strong local opposition in the Nenets AO resulted in a full halt in negotiation when a similar merger process was held in the 2000s.

Besides the Nenets AO, all regions in northern Russia overwhelmingly voted in support of Putin’s new constitution.

Figures from the Federal Election Commission show that hardly a single municipality across the vast region voted against.

In Murmansk Oblast, a total of 62,5 percent of the votes were in favor, figures show. Interestingly, the two local towns with the biggest level of opposition are Zaozersk and Aleksandrovsk, both of them key naval bases for the Northern Fleet. The two towns had respectively 47 and 44 percent of the votes against.

In Karelia, not a single municipality had below 60 percent of the votes against. The same is the case with the Komi Republic.

In the Yamal-Nenets AO, the level of approval was even bigger with a total of 89,2 precent of the votes in favor.

In Arkhangelsk, meanwhile, one single municipality voted against. The Lensky Rayon is located in the eastern part of the region, along the border to the Komi Republic. This is the area where a conflict over the Shies waste site has raged for more than two years.

In the municipality, 51,4 percent of the voters opposed the new constitution, information from the Election Commission show.