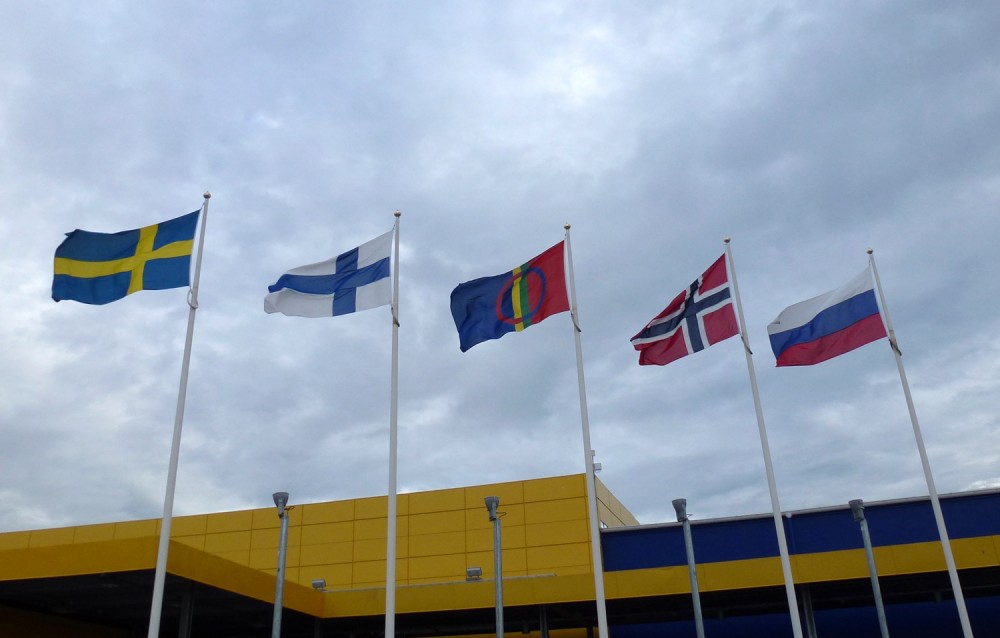 As China’s activity ramps up in the North, Nordic countries should aim to develop a common approach to the Asian superpower’s increased involvement in the Arctic, says a recent report.
Read in Russian | Читать по-русски

The 2020 Nordic Foreign and Security Policy report, subtitled “Climate change, hybrid and cyber threats and challenges to the multilateral, rules-based world order,” also recommends that once a common approach is developed, that it be pursued within bodies that the Nordic countries belong to such as the Arctic Council, the Council of Europe, the Council of the Baltic States (BEAC) and Northern Dimension, a European Union, Norway, Russia and Iceland policy group focused on regional development.

“Several actors’ broad interest in the Arctic underlines the importance of well-functioning, multilateral cooperation, where the Arctic states must assume responsibility and play a key role in the interests of the Arctic environment and its societies. The Nordics should aim to formulate a common Nordic policy facilitating partnership with states that share similar views on the implications of increased Chinese Arctic involvement.”

China has been an Arctic Council observer country since 2013. But its Arctic ambitions garnered worldwide attention in 2018 with its policy document that laid out the country’s plans for massive investments and infrastructure projects in the North, establishing a so-called ‘Polar Silk Road.’

“Amidst these drastic changes to the Arctic climate and environment, China is emerging as a global power and has defined itself as a “near-Arctic state”, the report said. “The overall Chinese strategic interests are access to Arctic resources and sea routes as well as increased influence on Arctic issues. China is increasing its bilateral cooperation with the Arctic states through active economic, social, and scientific engagement in the region, including polar research.”

China’s 2018 white paper on the Arctic stressed the importance of international maritime law, respect for existing Arctic treaties and commitment to global environmental laws, but the Nordic report said caution was still needed.

“All Arctic states agree that the UN Law of the Sea (UNCLOS) is the legal framework within which states should solve legal disputes regarding ocean governance,” the report said.

“In the South China Sea, China makes maritime claims which contradict UNCLOS, although ratified by China. Such actions must be kept out of the Arctic.”

The report was ordered by the Icelandic Ministry of Foreign Affairs on behalf of the Nordic Foreign Ministers in 2019. It was done by former Icelandic government minister Bjorn Bjarnason. His mandate was to develop a series of joint recommendations to the Nordic countries (Denmark, Iceland, Norway, Sweden and Finland) on global climate change, hybrid threats and cyber issues and strengthening and reforming multilateralism and the rules-based international order.

Hybrid threats: Nordics up against “more determined and sophisticated adversaries”

The report also made recommendations on cyber-attacks and disinformation/influence operations, describing them as a “serious and increasing challenge to the Nordic countries.”

Characterizing China as conducting “lower key hybrid operations than Russia,” the report said caution was still needed and recommended the development of a common Nordic situation awareness to better understand the collective threat, as well as the individual threat to each country.

“…this would create the necessary ground for common deterrence strategies as well as the means for national security services to effectively respond to hybrid aggressions, thus moving beyond resilience and deterrence and instead disrupting or preventing the aggressor from taking further hybrid action,” the document said.

“The ideas of greater collaboration on investment screening through an increased exchange of information and a Nordic Cyber Security Stamp are also to be considered in this context.”

The report outlined the common challenges Nordic countries are facing from global temperature change, including increased ocean acidification, marine traffic and biodiversity changes; as well as opportunities such as increased access to resources and tourism.

The report recommends that the Nordic countries work to pool their maritime equipment, research vessels and experts to better respond to the emerging challenges.

“In addition to increasing awareness of what could be done to respond to the effects of climate change on the oceans, as well as how to address challenges and utilize possible opportunities, this would enable the Nordics to better protect their common interests and advance their common policies within international organizations.”

Countries to discuss proposals in fall

The report’s recommendations will be discussed at the next Nordic five meeting in September when Denmark takes over the presidency from Iceland.