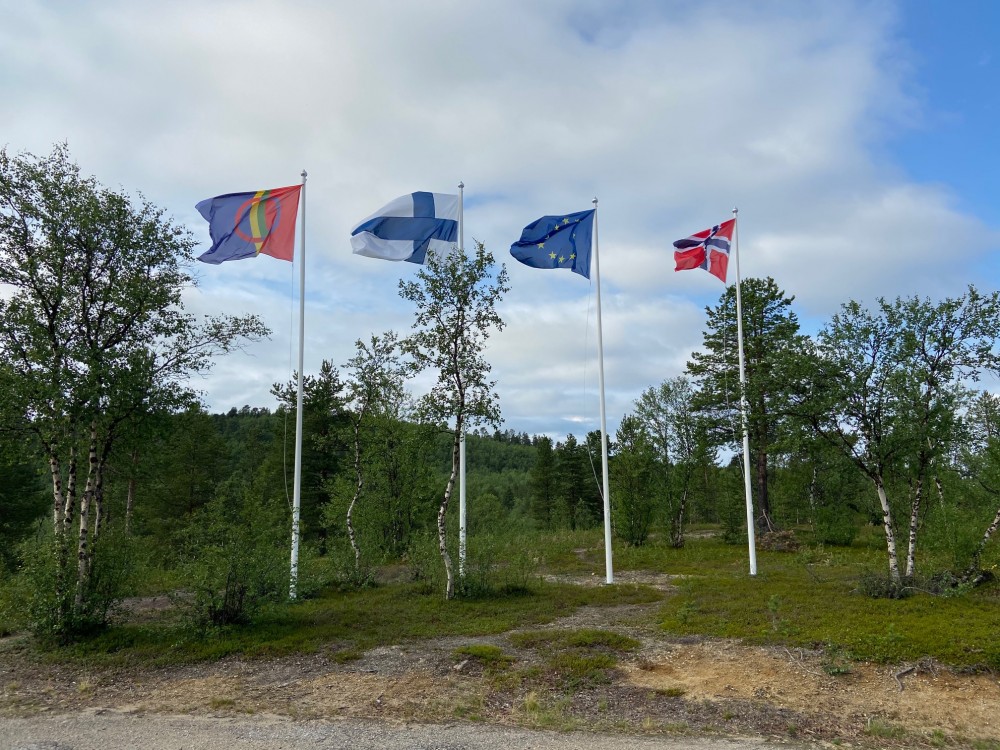 The Sámi living in northern Scandinavia is the only indigenous peoples within the European Union. The Sámi flag to the left. Photo: Thomas Nilsen

EU wants to play a key role as geopolitics and climate changes dramatically transform the north. Public consultation for a new Arctic policy is now open.
Read in Russian | Читать по-русски
By

Launched in 2008, and updated in 2016, EU’s Arctic policy is not old but as changes take place rapidly, the Commission and External Action Service want to re-examine the role of the EU in Arctic affairs.

High Representative of the European Union, Josep Borell, said the Arctic is a rapidly evolving frontier in international relations.

“We must ensure that the Arctic remains a zone of low tension and peaceful cooperation, where issues are solved through constructive dialogue,” Borrell said, pointing to what he calls “a number of players seeing new strategic and economic opportunities in the High North.”

“Climate change is dramatically transforming the region, and increasing its geopolitical importance,” he said.

The consultations, open till November 10, invite a broad range of stakeholders to come with inputs to how the EU should form its future Arctic policy.

NGOs, indigenous peoples, local municipalities, as well as other neighboring Arctic states, financial institutions and international organizations are on the list of whom EU wants feedback from.

Northern Finland and Sweden are the only geographical parts of the European Union located above the Arctic Circle. Fighting climate change and protecting the environment are highlighted goals by the EU. This is also known to be one reason for the Arctic Council’s reluctance to accepting EU’s bid to become a permanent observer to the Council.

EU has today status as a “pending observer”, while countries like Singapore, South Korea, India, and China became “permanent observers” in 2013.

EU requested full observer status upfront of the 2013 Kiruna meeting of the Council, but the application was not granted, mainly because some members, like Canada, do not agree on the EU ban on seal hunting.

Safeguarding the environment was listed top priority in the EU’s 2016 document and continues to be the cornerstone as consultations now start.

Virginijus Sinkevičius, Commissioner for Environment, Oceans and Fisheries stated: “What happens in the Arctic, does not stay in the Arctic. It concerns us all. The EU must be at the forefront with a clear and coherent Arctic policy to tackle the challenges in the years ahead. Drawing on a wide spectrum of expertise and opinions through this consultation, will help us in preparing a strong strategy for the region.”