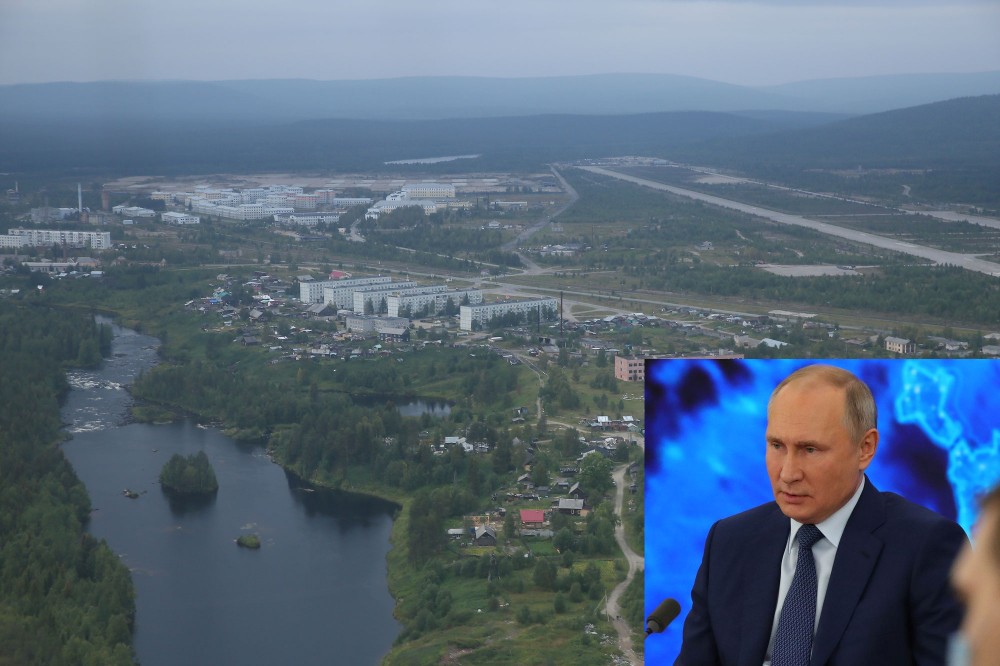 Putin commented on the healthcare situation in Alakurtti during his major press conference. Photo: gov-murman.ru/kremlin.ru

A man from Alakurtti, Kola Peninsula, complained to the President about the dire state of local healthcare. He soon came to regret his criticism.
Read in Russian | Читать по-русски
By

Healthcare and the coronavirus and was high on the agenda in last week’s major press conference by President Vladimir Putin.

Among the many questions that had been submitted to the head of state was one from Alakurtti, the small town on the Kola Peninsula that houses Russia’s Arctic Brigade. According to local citizen Yuri Krasnoyansky, the small far northern town only has one ambulance and one ambulance doctor, and the arriving patients are received in the local clinic by a 86-year old  medical doctor that “can not separate hemorrhoids from angina.”

Putin responded that he would request regional authorities in Murmansk to pay attention to the situation.

In Murmansk itself, the question from Yuri Krasnoyansky at the major federal event created a buzz, and Governor Andrey Chibis soon announced that Alakurtti actually has a not one, but two, ambulances, which is in line with federal regulations. Furthermore, one of the vehicles is brand new and has all required medical equipment, he explained to local media.

And it turned out that the aging medical doctor is not 86 years, but only 66 years.

However, Chibis urged locals not to attack Yuri Krasnoyansky for his description of the situation in Alakurtti and the characterization of doctor Tatiana Yakovleva.

“These are extraordinary hard times for healthcare workers, and this history once again shows us that we must be more tolerant towards each others. I therefore call on people not to stigmatize people who send complaints. Lets be more kind!,” a statement posted on the Governor’s Facebook page reads.

Yuri Krasnoyansky himself has backtracked on his description of healthcare in Alakurtti. In a comment, he apologizes.

“I ask for you forgiveness, please forgive me, I was wrong,” he told federal broadcaster First Channel. However, he still argues that the situation with ambulances in the small town is unsatisfactory.

“We still do not have ambulance doctors. Do you understand the essence of its all? You can give us 10 ambulances, but that does not help if you have only three doctors,” he said.

The town of Alakurtti has about 3,000 inhabitants. Many of them are involved in the activities of the 80th Independent Motor Rifle Brigade, also called the Arctic Brigade.

The brigade was established in 2014 and is part of the Northern Fleet coastal forces.

Alakurtti and the surrounding municipality of Kandalaksha has over the last weeks experienced a severe outbreak of COVID-19. The municipality now has among the quickest growing number of new cases recorded in the Kola Peninsula. According to the regional coronavirus survey, there are a total of 2089 local carriers of the virus. On the 23rd of December, another 34 new cases were registered.