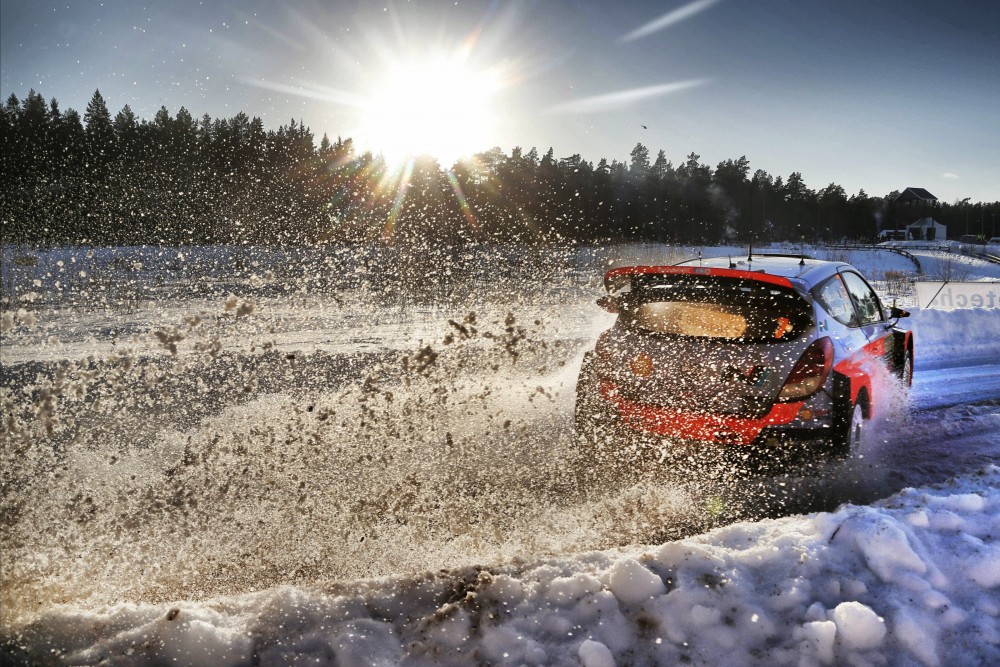 The best rally drivers of the world have to make ready for the cold winter scenery of Rovaniemi in Finnish Lapland at the end of February.
Read in Russian | Читать по-русски
By

Originally, this year’s second round of the FIA World Rally was scheduled to take place in Värmland in Sweden on February 11-14, but was called off due to tighter COVID-19 restrictions. Now, the organizers of the Championship moves it all much further north, to the capital of Finland’s northernmost region located on the Arctic Circle.

Rovaniemi is best known for its Arctic Centre and Santa Claus related tourist attractions. Each year (before the pandemic), tens of thousands of tourists from around the globe travels to the region for to ride the snow, view the Northern Lights, and experience cold climate adventures.

“Since it was confirmed in December that Rally Sweden would not take place, we’ve been working hard with AKK Sports (the marketing company of the Finnish Automobile Sport Federation), the city of Rovaniemi and the enthusiasts there to try to make this event happen. It’s been a tough race against time and my thanks go to all involved,” says Jona Siebel, managing director of World Rally Championship.

This is the first time in the Championship’s history a race will be arranged so far north. Temperatures this time of the year can drop to minus 30°C.

“Winter rallies provide some the sport’s most spectacular action. A winter wonderland of full snow and big snow baks lining the roads are a driver’s dream, so I think the WRC is in for a great time,” Siebel says in a statement posted on the WRC portal.

Rally director Yves Matton says the race comes to a region “that has always made us dream and where conditions promise to be optimal for a snow event.”

“This is proof that with challenges can come opportunities,” he says pointing to the cancellation of the rally in Sweden for cronoavirus reasons.

Finland, along with Norway, has some of the lowest infection rates for COVD-19 in Europe. Sweden, in the other end, on Thursday reported a record daily number of death from the virus and an accumulated number of infections now more than half a million. More than 10,000 deaths are reported in Sweden from the pandemic.

Rovaniemi praises the decision to arrange the World Rally Championship, an event that will bring at least 1,500 people to the city.

She calls it “a lottery win in the current situation.” Like many other tourists destinations around the world, Rovaniemi is hard hit by global travel restrictions caused by the pandemic.

The car rally takes place from 26 to 28 February.