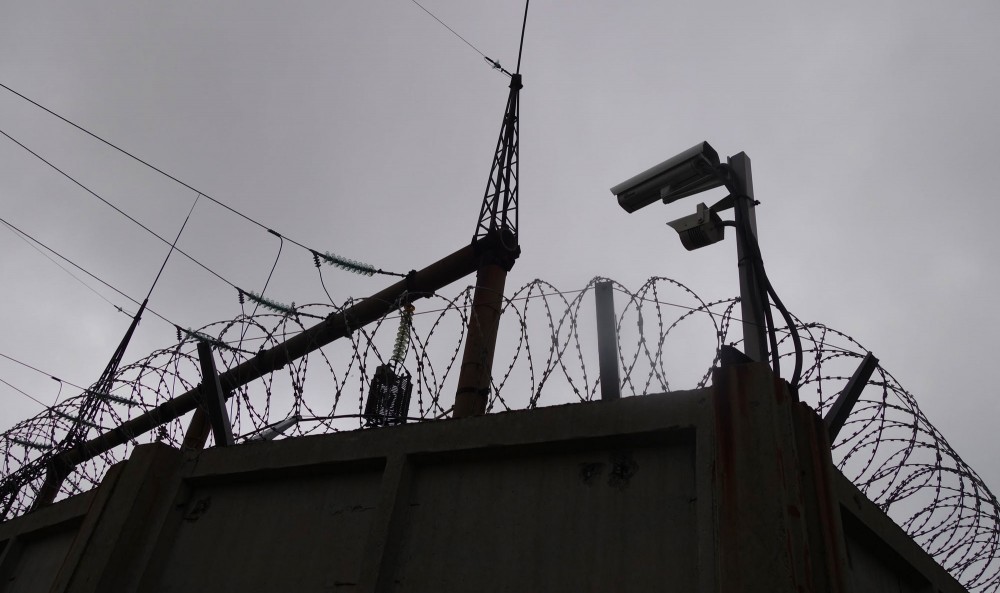 A prison hospital patient talks about how they suffer and die within its walls.

“My brother is in a very serious condition. His legs do not work and neither does his left arm since the fracture. But the main thing is that he now has severe pain in his legs. The last time he called me, he told me that he was afraid of dying from the painful shock.”

This was the statement from Inna, the sister of an inmate at prison colony 16 near Murmansk who does not know how to save her brother. According to her, he has almost no access to medication. The only hope he has is from the parcels sent by his relatives, all of which need to pass through a painful and intensely time consuming scanning process by the bosses of the local Russian Penitentiary Service.

Her brother Denis was transferred to a hospital located in Federal penitentiary number 18 that serves all areas of the Murmansk region. There have been many complaints from patients about such shortages and the lack of drugs and medical care that are only periodically available.

In 2017, a riot broke out in Zone 18 but the conditions in the hospital were not the main reason for it. There were many reasons according to the prisoners themselves in their interview with Novaya Gazeta. The convicts also complained about the general lack of medical assistance in prison camp 16.

Two years ago, they sent an open letter to Governor Chibis stating that the inmates viewed the medical care system in the colony as torture. In response, people demanded that the camps provide them with at least primary medical care and essential medicines. The answer came from the Federal Penitentiary Service that the complainants were advised to resolve their issues directly with the staff of the health center. After Novaya Gazeta published the letter, a prosecutor visited the zone but afterwards declared only that all necessary medicines required by the law were available and on hand in the health center and that the prisoners had been receiving everything they needed for some time.

Denis Munin, a group 2 invalid suffering from a serious neurological disease that leaves him unable to walk without crutches was among those who signed the letter. Last year, he won a court case against the medical unit proving that he had not been provided with medical assistance. However, little has changed.

“In the fall, I sent him a parcel with medicine,” Inna recalls, “But he complained that there was also a complete lack of painkillers and said that he could not stand the pain any more. He was examined by an ophthalmologist and his eyesight is severely impaired. The doctor prescribed urgent drug therapy that would be required twice a year. Taking into account Denis’ conditions, we decided not to wait and sent the drugs to him. But he asked us please, for the love of god, not to send anything but the medicine, not even candy. He said that if we did, they would take everything in the package for themselves.”

“I was prescribed Simvastatin for my heart condition,” Denis Munin told Novaya Gazeta, “But it has not been available in IK-16 for over a month. Now I don’t know because I have been transferred to the hospital. But they also don’t have any Carbamazepine,  an anticonvulsant. No one has gotten any for a long time and convulsions torment me constantly. I was even prescribed another drug to replace it but even that is no longer here. We are treated only with what is given to us from the outside. We have several people with asthma and the only relief available for us has come from one of the nurses who bought a bottle of spray that relieves an attack with her own money. All we have is this one bottle for everyone and we take turns using it.”

In March, Munin fell and broke his arm. According to his sister, no help was provided to him. The fracture was complicated by a dislocation. The situation was complex but they offered only two variations. They could put him in a cast from his waist up which would leave him completely unable to take care of himself or just give him a sling. They chose the sling and as a result, his arm turned blue and hung limply and now it does not work at all.

Inna says that they are simply mocking him.

Munin also has a history of hepatitis and was diagnosed with 2nd degree cirrhosis of the liver. According to relatives, he also does not receive any hepatoprotectors which are prescribed as necessary for him to remain alive. This is another drug that must come from outside the hospital and they are running out. But at the same time, even putting together a package is difficult because a number of needed prescription drugs are not even available on the market.

“He wrote several complaints, not just one. But in response he only gets informed that all his medicines are available and he will receive everything,” Inna continues, “But he has not received even half of his prescriptions. With such treatment, he will never make it to the end of his sentence. I am really scared. He told me about the boy in the bed next to him in the hospital who just died. Denis called me and cried. He said that the man screamed in pain for three days but all they did was tie him to the bed and then he died.”

“Three of us have died in recent days,” says Munin. “And three more of us have been  transported to the civil regional hospital in serious condition”.

Government decree No. 1466, “Approved rules for the providing medical assistance to persons in custody or serving a sentence of imprisonment…” is worth mentioning here. According to this document, convicts are guaranteed all types of medical assistance and in the absence of any necessary specialist in the prison hospital, consultations with civilian doctors are to be provided (within three days), and all necessary drugs must be provided at the expense of the Federal Penitentiary Service.

However, though you would have to be pretty lazy not to have heard about the legal norms governing prison medicine, as you can see, whether you are the most famous political prisoner in the country or an ordinary prisoner with a long term to serve, these norms do not seem to apply.

Novaya Gazeta has made an inquiry about what was happening in the prison hospital in the Murmansk POC. By way of an answer, they have promised to organize an inspection just as soon as the commission receives a letter of complaint from the prisoners.

At the feeding trough in a uniform