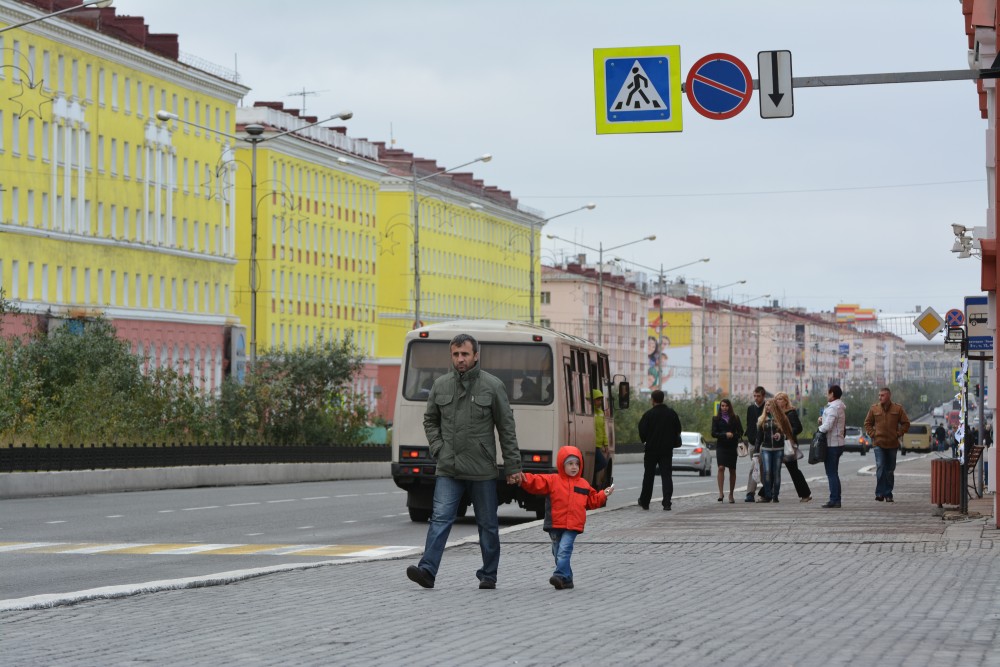 The goal is to make Norilsk an Arctic powerhouse, clean up the environment and attract new business investments.
Read in Russian | Читать по-русски
By

The city was built from the mid-1930s by Norillag prisoners forced to work in the mining and metallurgical copper and nickel plants under harsh climate conditions. In recent years, Norilsk is mainly famous for its devastating environmental situation with huge air pollution and oil spill to the tundra river systems.

Norilsk is part of Krasnoyarsk Krai, whose governor Aleksandr Uss now proposes the city should get the official status as Russia’s Arctic capital.

His proposition is part of a larger strategic plan, which is intended to be completed in the next few months. The plan’s main aim is to develop Norilsk. Once the plan is set in motion, it is expected the governor and his team will present the project to President Vladimir Putin.

An “flexible development plant” and ”allow the city to preserve its uniqness” are among the statements used by Governor Uss when he describes what could lay ahead for the town located on the northern tundra of the Taimyr Peninsula.

“We must create the most flexible development plan and propose a choice of directions for the city’s development, which will shape Norilsk’s ability to adapt to new challenges and at the same time allow the city to preserve its uniqueness,” Aleksandr Uss said according to the Krasnoyarsk Krai’s official portal.

A strategic plan for the goal will be sent over to President Putin soon.

The project’s economic budget is estimated to be 120 billion rubles. However, Uss believes that the sum provided by regional and federal authorities, as well as from Nornickel, needs to be upped to 270 billion rubles to ensure Norilsk the title of Russia’s Arctic capital.

After hearing about the project’s ‘underfunding’, Vladimir Potanin, main shareholder of NorNickel decided the company would fund the remaining 150 billion rubles to ensure that Norilsk will become the Russian Arctic’s capital. Having Norilsk Nickel, one of the world’s largest producers of palladium, nickel, platinum, and copper, be a main funder for the project could lead to the company expecting the region’s support in return.

Earlier this spring, the board of directors of Nornickel approved a new environmental strategy with investments of $5,5 billion, of which $3,6 billion is set for measures to reduce air pollution, while the rest includes measures to protect water resources and minimise industrial waste.

Most important is the sulphur program in Norilsk, which with new facilities will reduce the SO2 emission with up to 95% the company informs.

Nornickel is the world’s largest nickel producer and an important supplier of copper and palladium, all metals important for the world’s shift to a greener economy.

The title as Russia’s Arctic capital will not come to Norilsk without competition.

Both Arkhangelsk and Murmansk are contending for the title. Arkhangelsk has announced itself to be “Russia’s Gateway to the Arctic”, while Murmansk has both claimed itself as the capital as well as the “Gate to the Russian Arctic”.

Now by Norilsk joining the race, the Arctic inter-city competition is heightening. Being considered the region’s capital is a prestigious title which can contribute to both flourishing tourism as well as increased business investment.

Click on the gallery below to see Barents Observer’s photos from Norilsk.