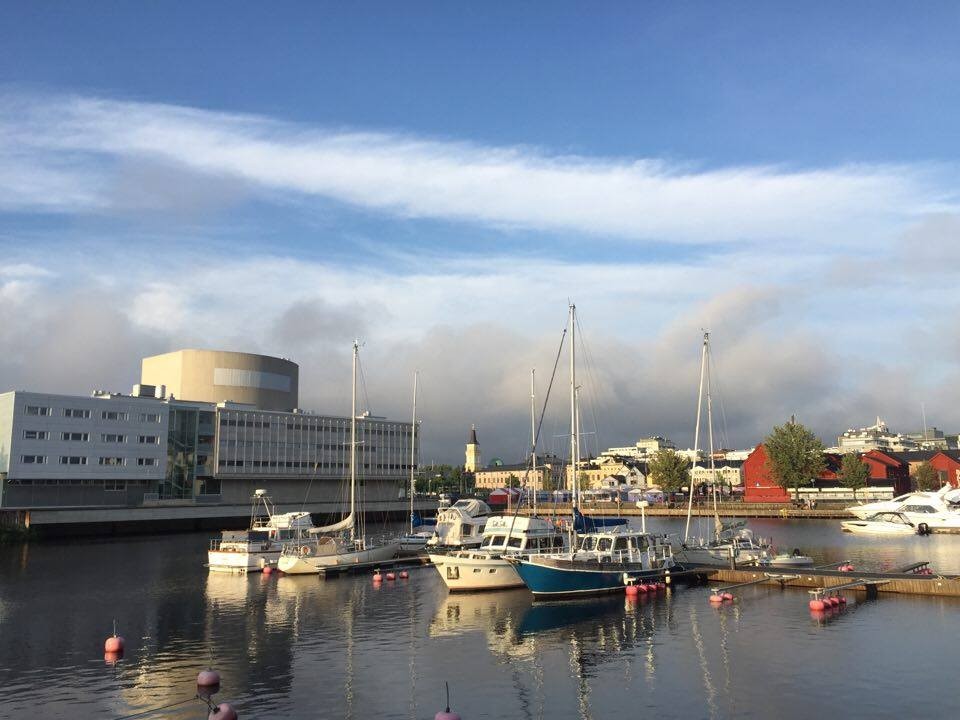 Oulu is the third city in northern Scandinavia to be designated European Capital of Culture.
Read in Russian | Читать по-русски
By

Umeå, northern Sweden had the title in 2014, while Bodø in northern Norway will follow in 2024.

Now it is Oulu, the largest city in northern Finland, that can brand itself as European Capital of Culture for 2026, the Ministry of Education and Culture informs.

The European Capitals of Culture (ECOC) initiative is one initiated by the European Commission. Cities in the European Union, European Free Trade Association, and European Economic Area potential candidates or member countries can enter an ‘open competition’ for the ECOC title. Six years before the title year, selected Member States are called upon to submit ‘a proposal for consideration’ to nominate their cities, which is typically done through their Ministry of Culture.

The initiative is designed to underline the diversity and richness of European countries, foster and celebrate culture developments, as well as increase European citizens’ sense of belonging. However, the benefits from being crowned as ‘the winner’ do not stop there. Past winners have shown that the experience can also boost tourism, raise cities’ international profiles, and regenerate cities.

In the process of being given the title, Oulu had won over two other contenders: the Finnish cities of Tampere and Savonlinna. The three finish cities were short-listed for the final selection after a pre-selection process in the summer of 2020. On Wednesday the 2nd of June 2021, the decision had been made that Oulu will become the new European Capital of Culture for 2026.

Oulu is located in the region of North Ostrobothnia and hosts 200,000 inhabitants. The city is rich in culture and art, making it a perfect fit for the 2026 ECOC title. Just two notable mentions are the Oulu Museum of Art, which showcases regional works and interactive exhibits, and the city’s Northern Ostrobothnia Museum, documenting Oulu’s rich cultural city.

Oulu is the third Finnish city to have been awarded the ECOC title over the years since the ECOC initiative was established in 1985. Helsinki and Turku had respectively been the European Capitals of Culture in 2000 and 2011.

Oulu was selected as the European Capital of Culture by nine independent judges. These judges, who work in the fields of culture and art, composed a European selection panel. To make a well-justified selection, the judges traveled to all the ‘finalist’ cities: Tampere, Savonlinna and Oulu. The panel announced their decision on Wednesday the 2nd of June at the end of a two-day meeting in Finland’s capital, Helsinki.

The concept the city of Oulu and the municipalities in Northern Finland selected for the European Capital of Culture Project is ‘Cultural Climate Change’. The aim was to create a new sort of solidarity that can move humanity into a united future. The Cultural Climate Change project’s two main goals are to meet inter-boarder demands through cooperation as well as develop and integrate new forms of energy into the city through the mediums of art and culture.

The initiative will hopefully spark further collaboration and developments in spreading awareness about Climate Change, and potentially brew new solutions to slow its effects. Piia Rantala-Korhonen, the Finnish director of the department of international affairs stated, “it is extremely important that we collaborate…and use culture as a uniting element in our everyday life,” Euronews reported.