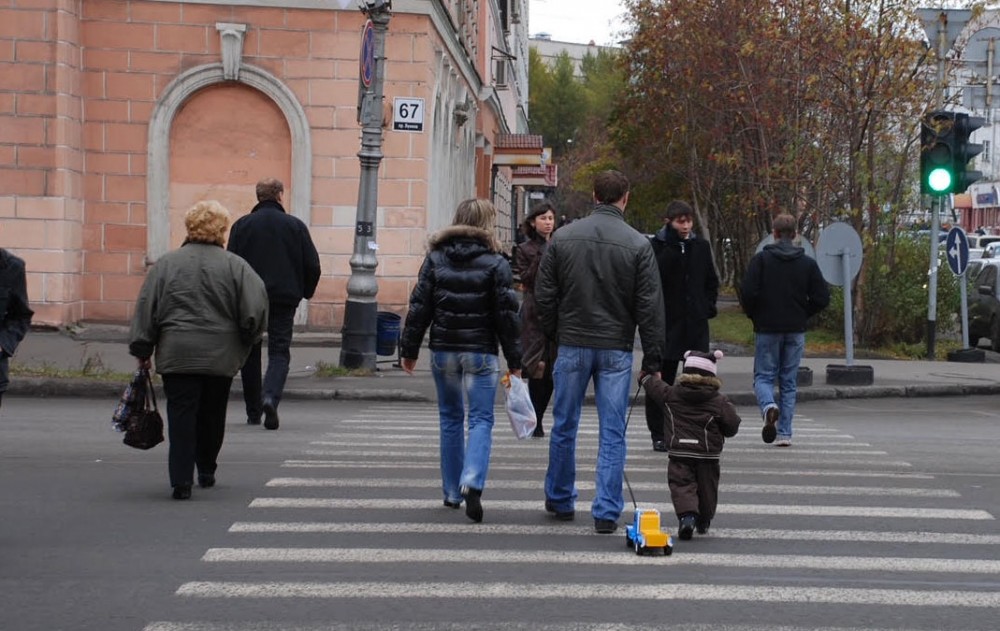 Four policemen have defended their rights to care for their children in the European Court of Human Rights.
By

We could say that Konstantin Markin became a lawyer because of sexism. The GRU is the central intelligence body of the Armed Forces and if those in charge had not denied the serviceman the right to parental leave, Markin might have continued to wear the epaulettes and not fought sex discrimination against the fathers. Recently, the ECHR, the European Court of Human Rights, adopted the second decision in the history of Russia in favor of four men who wanted to take care of their children. Markin represented the complainants himself.

In Russia, it often happens that a departmental order, which legally and formally cannot contradict federal law, turns out to be more weighty than the national legislation and in turn, ends up outweighing the code.

The Labor Code of the Russian Federation allows taking parental leave to any relative, including the father. This should not be confused with so-called “maternity leave”, which is provided only to the mother to prepare for childbirth and recover afterwards. Parental leave of absence can even be divided between relatives. This is in theory. In practice, if your shoulders are decorated with the bars of almost any department, this norm does not concern you. In the case of police officers, their rights are limited by the Federal Law “On service in the internal Affairs bodies…”. Paragraph 8 of Article 55 states that a male employee can only be granted parental leave if he is raising a child without a mother or if the mother is seriously ill. In case of contradictions between the law and the code, the code should “steer” the decision. This is learned in the 1st year of all Russian law schools. But in this case, the Supreme Court made an exception and determined that the law as written denies police fathers their rights.

On the website of the regional Ministry of Internal Affairs, you can find amazing explanations for this. For example:

It is nonsense to have a stay-at-home father if the mother is alive.”

Here it is worth making a lyrical digression. Unlike Norway, where a “dad’s vacation” is mandatory, in Russia, fathers rarely stay home with their children. And it’s a pity that it’s rare but technically, they have the right to do so. In addition, care leave does not imply vacation pay and there is only a small allowance for up to a year and a half and then it is nothing so, it is impossible to explain the state’s position economically. But those who have experience working in the police or other law enforcement agencies know that such details often lead to manipulation and suppression. They always get personal when they decide to hit you. If you buy tickets, they will reschedule your vacation. If you’re planning a weekend, they’ll call you for exercises. And if you are noticed at a psychiatrist’s appointment, you may continue to treat your depression “in civilian life”.

The system of humiliations breaks even idealists who come to work for the service. Indifference, burnout, aggression and a desire to humiliate all come from this. Markin the lawyer recalls:

“It all started with my case. As a serviceman, I asked for parental leave in 2005. The command refused me but I couldn’t go to work because I was taking care of my child. At first, they penalized me several times. I applied to the garrison court for relief but was refused. To put it simply, I was winging it when I wrote my complaint to the European Court. But to my great surprise, my case was accepted very quickly and was even given priority. This was about a year after the baby was born. It all finally ended with the command coming to my house with my orders for leave and despite the fact that they had promised to fire me for not fulfilling the terms of my contract only a week before. So, I went on leave but at the same time began to challenge the disciplinary penalties in the courts. It’s funny, but when the garrison court found out that I had been granted leave, they were outraged. They even issued a private ruling against the commander and said that he had had no right to make the decision. In 2010, the ECHR agreed with my claim. The Russian Federation however did not agree and demanded that the case be sent to the Grand Chamber of the ECHR. The final decision was published in 2012. And I won.”

The meaning of the decision is that the refusal to grant Markin parental leave violated his “respect for family life” rights and implied discrimination on the basis of gender. After all, Markin was refused only on the basis that he was a man. Women in the same positions are given leave. By the way, especially vigilant people will notice discrimination against both men and women here. The inequality seems to imply that a man in the service is more valuable than a mother. Without men, the Fatherland would be in danger but women, who are the majority in some divisions by the way, can sit at home.

I am always surprised by state inconsistencies. If family values are “our everything”, the desire to be a real father should be worthy of every approval. This is not just a matter of gender equality, which is so disliked by fans of the “special path”, a belief similar to German Sonderweg that Russian history and development are predestined for greatness. This is a matter of strengthening the family and a family is not held together by the state celebrating Peter and Fevronia Day. A strong family comes from the equal involvement of both partners and a healthy family situation is mutual assistance and the support of the state. It turns out however that the state refuses this support to people in public service.

Syktyvkar traffic cop Alexander Gruba found Markin on the social networks even before the final decision of the ECHR. and asked him to help as a comrade in misfortune. Markin had already retired from the army and refused Gruba for a long time. He had not won yet and therefore could not help. But finally, they began to work together. Gruba’s complaint was communicated and in 2011 and Konstantin Markin received the status of lawyer.

This is how the case “Gruba and Others v. Russia” began. The others are Alexander Mikhailov, Oleg Marintsev and Alexey Morozov. All four have different stories but one thing in common: Every one of them were dismissed for fighting with the Ministry of Internal Affairs. Every one of them.

In Gruba’s family, both he and his wife were policemen but she had a better position and a bigger salary. They decided to have a family council and decided to send her back to work and that he would bring up the child. And in fact, it turned out that way when instead of a leave of absence, Gruba was fired “according to the article” covering absenteeism. He filed a lawsuit but the judge on the Syktyvkar city court decided that the in this case, the father had “voluntarily chosen a professional activity that entails the restriction of his civil rights and freedoms.”

How exactly is caring for an eight-month-old child “causing harm the public interests”? The court did not bother to explain.

Alexander Mikhailov, an auditor for the St. Petersburg Police Department, asked for a leave of absence for health reasons. Doctors recommended that his wife should avoid lifting weights and this meant she should not attempt to hold the child in her arms. The authorities however refused the complaint. Their motivation for the decision was that the doctor’s recommendation was not a prohibition and therefore did not mean that the mother could not carry the child so, let her carry it.

Also in 2010, the health of Alexey Morozov’s wife did not cause any sympathy among his superiors. The tax police officer of Veliky Novgorod was also dismissed.

Oleg Marintsev, an employee of the tax police of the Sverdlovsk Region, only asked for a two month leave of absence but was dismissed for health conditions. Refusal-court-refusal.

Four completely different families from different regions but the courts everywhere made the same decision. They all ruled that it was not in the best interests of the children. When Morozov tried to challenge his dismissal, the prosecutor in the process unconditionally supported the employer. The ECHR also found a violation of his right to a fair trial in this case.

“The decision of the ECHR is completely based on the conclusions from my case. But if my case concerned only employees of the armed forces, now a similar approach is being applied to other law enforcement agencies. There are a few cases scattered around the country where a male law enforcement officer would like to go on a “dad’s vacation”.  These cases are not all the same and the people all have different circumstances. However, none of these cases reflects a situation where if any of them went on leave tomorrow, everything we have will collapse.

The decision of the ECHR does not oblige the Russian courts to eliminate discrimination from the legislation. After the Markin case, the Supreme Court sent the decision of the European Court to the chairmen of the district military courts and recommended that the conclusions be used as a guide in such cases. However, the regulations governing servicemen  were not changed. Perhaps the Gruby case will push the legislator to correct the mistakes.

In the meantime, the taxpayer will pay for all of this.  All of the plaintiffs will receive compensation for violated rights and evidence of the illegality of their dismissals. This also means that there are grounds for new claims. One of the participants in this long case, Alexey Morozov, has already stated in a conversation with Novaya that he certainly plans to be reinstated in the service. This decision was made after consulting with his lawyer.

Between life and oil