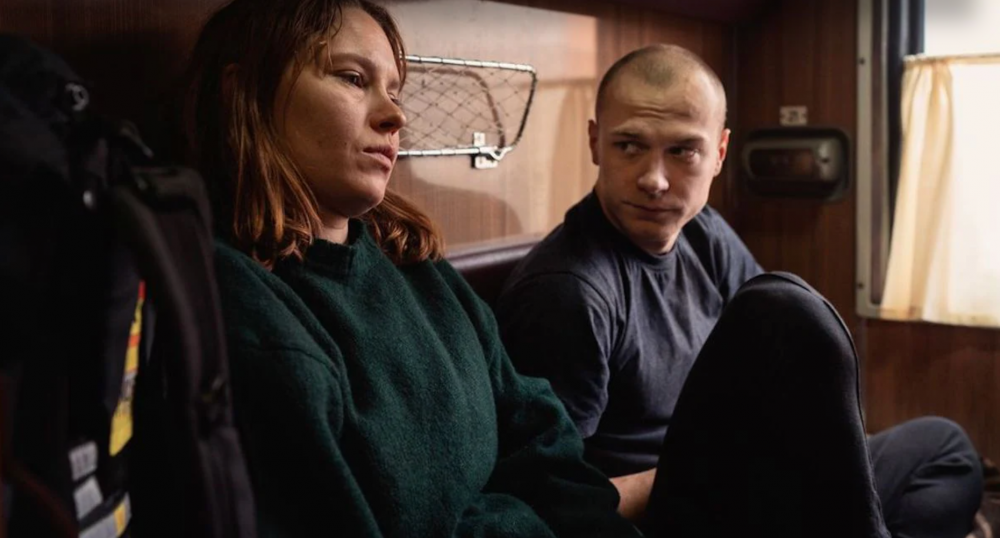 'Compartment No. 6' focuses on a young Finish female student who is forced to share compartment with a young drunk miner on the way north from Moscow towards the Kola Peninsula.
Read in Russian | Читать по-русски
By

The director of the film, Juho Kuosmanen, won the Grand Prix 2021 award for his film based on the book by author Rosa Liksom, also named  ‘Compartment No. 6’.

The story focuses on a young Finish female student, played by Finish actress Seidi Haarla, and a Russian miner, played by Russian actor Yuri Borisov, forced to share a small compartment train from Moscow to Murmansk in the early 1990s. The film unfolds the unlikely yet touching romance between the two strangers as well as truths about human nature.

Escaping an enigmatic love affair with her University professor in Moscow, Laura boards the train to Russia’s Arctic port city of Murmansk. In the train car, half-drunk, heavy smoker Vadim initiates small talks and the journey leads the occupants of Compartment no. 6 to face the truth about their own yearning for human connection.

After the ceremony in Cannes, Kuosmanen told Finland’s state broadcaster YLE that the prize meant a lot for him.

“This prize is really important for a film that is difficult to sell and which is difficult to get noticed.” He added that “hopefully the audience will also find it, when it’s widely shown in cinemas one day. We have the best actors in the world, but we don’t have stars that get the kind of attention that Tilda Swinton does, for instance. That’s why this kind of prize is really important for a film like this.”

The Grand Prix is considered to be the second most prestigious prize awarded at the film festival after the Palme d’Or. The Palme d’Or this year was won by Kulia Ducournau’s film, Titane.

Juho Kuosmanen is the second Finish film director to have ever received the Grand Prix award. Aki Kaurismäki had previously won the Grand Prix in 2002 for his film, “The Man Without a Past.”

´Compartment No. 6` has additionally obtained a major distribution deal with entertainment company, Sony Pictures, which will enable the film to be showcased in US cinemas. Sony Picture Classics announced that it had acquired rights for the film in North America, Latin America, Eastern Europe, Southeast Asia and the Middle East, entertainment magazine Variety reports.

In a statement, Sony Pictures Classic praised the film, “Compartment No.6 is a treasure. One of the great train movies with humor and romance, full of surprises. Just the kind of fresh movie audiences want to embrace right now. One of the best films we’ve seen here in Cannes.”