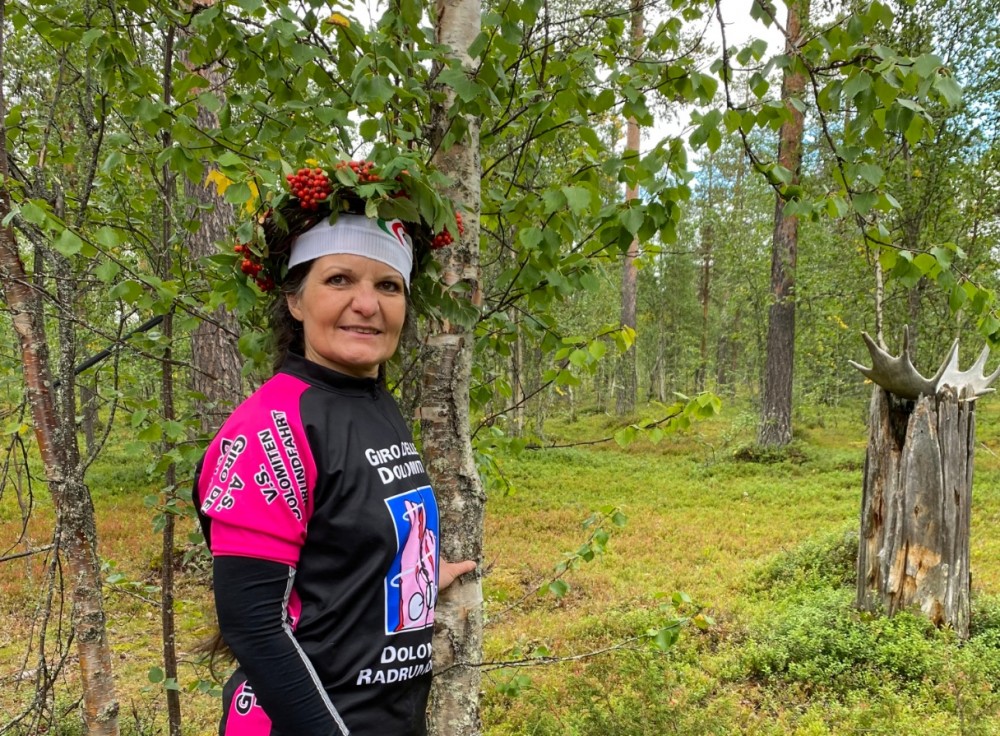 The second ever tree hugging world championships were held August 21st in the HaliPuu forest in Levi. The competitors were representing seven different nationalities; competitors came from Finland, Switzerland, Germany, Italy, Australia, Scotland, Hungary and Spain. All of the contestants arrived from around the village, and due to covid restrictions the event was by invitation only this year. The whole event was live streamed for everyone to see, and people from around the world can still participate in the competition online. Organiser Riitta Raekallio-Wunderink does confirm that the event will be open to the public next year, as long as there are no restrictions in gatherings.

The contestants were competing in three categories: first category was speed hugging, where the contestants had to hug as many trees as possible in a minute, hugging each tree for a minimum of 5 seconds. The winner of this section was Anya from Switzerland, who succeeded in hugging nearly 11 trees in a minute. Second category was dedication, where the contestant must really show their emotion and passion for tree hugging. This category had two winners - Juha from Australia and Dima from Hungary.

The final category was freestyle hugging, where the contestants could really show their imagination in their tree hugging ways, which was won by Scotland.

Having fewer spectators did not ruin the mood of the event, but instead it highlighted the community feel of Levi and its residents. Organiser Riitta Raekallio-Wunderink does plan on expanding the event in the future, as long as there are no travel restrictions next year. “We are planning to grow it but it will not be massive, the forest can’t take it if there are too many people,” she says. They have now had two great practise years and are ready to take on new challenges for the next events.

The reigning champion of tree hugging fell to Italian Stefania for the second time in a row, continuing Italy’s successful year in competitions. The judges were impressed by her overall performance in all three categories, despite her injury that prevented her from showing the same kind of ‘hug-robatics’ as last year.

“I feel really great, I did not expect to win two years in a row,” Stefania says. The judges were impressed by her ability to really dedicate herself to the moment and show emotion in her tree hugging style. “I used nothing but my own energy and what I get from the trees, it calms me down and gives me so much,” Stefania says. She has suffered an injury on her shoulder in the past year and has spent a lot of her time in the woods; “I could not train, so for the whole summer I have been in nature, drinking coffee and reading books,” she says. Stefania has a special connection with nature and the forest, which seems to be the thriving force in her tree hugging passion. Stefania encourages everyone to go out into nature to wind down and re-energise. To her, the Lappish forest is a paradise.

One of the first time competitors was Anika, who was representing Germany. She first heard of tree hugging from her mother “I first thought it was a bit hoo-ha, but then I tried it and I felt really anchored and calmed down,” she says. “Now whenever I am in turmoil I would just go to nature and hug a tree, it has a calming effect,” Anika continues.

Anika is not a competitive person and did not attend the event with only winning in her mind. “I like that here everybody wins - the trees win, the community wins, everyone participating is getting together,” she laughs.

And she is correct - on the day, it seems more important to be hanging out by the campfire, grilling some sausages and getting to know new people. Anika encourages everyone to take part in tree hugging; “We are here to create new experiences that fill our hearts with precious moments,” she concludes.

People around the world can still take part in the competition remotely until Saturday 28th of August. The winner will receive a train ticket from Helsinki to Lapland, a week’s stay in a hotel as well as an experience in the HaliPuu forest with the event organisers.

Hopefully next year people can join the event in real life in the HaliPuu forest and show some love and dedication to the forest.