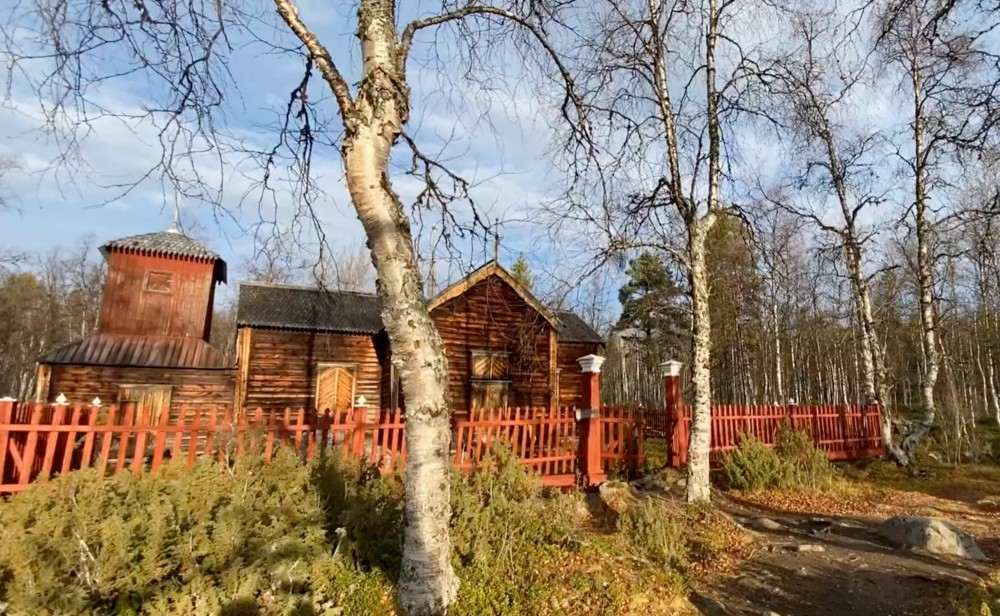 The Pielpajärvi church is built in the late 1700s. Photo: Yle

An increased number of tourists visiting the Pielpajärvi Wilderness Church in Inari, Finland, is eroding the church and its surroundings. The Sámi Museum Siida plans to set up instruction signs at the church and monitor whether they make tourists change their behaviour.
Read in Russian | Читать по-русски
By

The earliest initials and drawings inscribed on the walls of the Pielpajärvi Wilderness Church near the village of Inari probably date back to the late 1700s, a period a few decades after the church was built. The church is a popular destination for hikers, and now a high number of new, unwanted drawings and writings have appeared among the old inscriptions.

Most of the new scribblings are initials or texts. Inscriptions have now emerged even on the church benches and in the gallery. Especially the great number of visitors in the summer of 2021 shows in the church and on its walls.

Social activist Tiina Sanila-Aikio from Inari lives on the trail to the Pielpajärvi Church. For several years, she has watched, worried, an increasing number of tourists visit the church and scribble their initials there.

“I feel it’s terrible that people come to a place like that to inscribe their initials there. Doesn’t it even occur to them that this might not be permitted,” Sanila-Aikio wonders.

The high number of visitors has also left other traces on the site. In some places, there are five trails leading to the church. “It’s like a highway of trails,” Sanila-Aikio describes the situation.

Eija Ojanlatva from the Sámi Museum Siida is afraid that wider trails and erosion may expose archaeological items and ancient monuments.

Will signs save the church?

The Pielpajärvi Church is an important church even nationally. Inari Parish, the Sámi Museum Siida, the Natural Heritage Services of Metsähallitus and Lapland’s Centre for Economic Development, Transport and the Environment have negotiated on the measures needed to rescue this piece of Sámi cultural heritage.

Eija Ojanlatva says that the most important thing now is to instruct people on how to behave correctly in the Pielpajärvi Church and its surroundings.

“We’re setting up signs in the church that guide how to behave: no writing on the walls, and no traces left of oneself in the environment,” Ojanlatva explains.

Tiina Sanila-Aikio is worried about how to maintain this piece of cultural heritage for future generations, suspecting that mere signs are not enough. She feels that, to prevent new scribblings, there could be a guide at the church all year who would welcome and monitor the visitors.

The Sámi Museum intends to follow whether the signs will make visitors change their behaviour. The last alternative would be to protect the church by closing it to visitors.