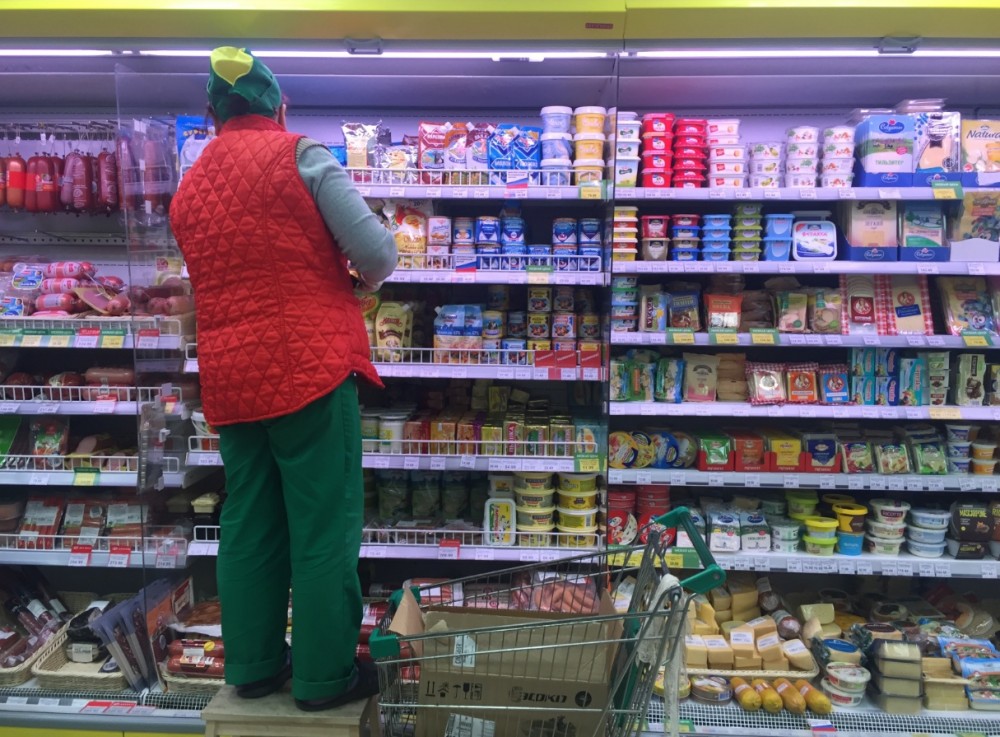 Eggs and apartments are getting more expensive

In the Murmansk region, the rapid rise in prices is not only for food: everything from cat food to housing is getting more expensive

Food prices change every week. Over the past 7 days, Murmanskstat, a regional unit of the Federal State Statistics Service, has noted an increase in the price of eggs, rice, potatoes, chicken, onions and pork. Contrary to the usual seasonal decline in vegetable prices, a kilogram of potatoes costs more than 44 rubles and onions are at 40. At the same time, people have been complaining about the rise in price of potatoes since the beginning of summer. In fact, over the last year, prices have increased by almost 20 rubles.

Carrots this fall in Murmansk cost 42 rubles per kilo, cabbage costs 46. A dozen eggs has gone for as much as 78 rubles. This is the most expensive product and has had an increase of 4 percent in a single week. A kilogram of frozen chicken now goes for 185.

Pork prices are approaching 350 rubles per kilo and beef is now around 500.

A kilogram of the cheapest butter will cost 829 rubles and a liter of sunflower cooking oil goes for 139.

The price of a liter of milk ranges from 70 to 90 rubles. A kilogram pack of rice is sold for 116 rubles, millet is priced at 85 and buckwheat requires 138.

Buckwheat went over the psychological mark of 100 rubles in September, the price of a package, not even a kilogram but 800-900 grams each, was then 120-130 rubles. In large chain stores, it was possible to find much cheaper however, this was for a much lower quality of grain.

With such a high annual increase in prices for foods in almost all categories, the authorities, through the mouth of the state media, periodically try to calm the northerners by explaining the rise in price of tomatoes by a quarter as being due to complex logistics. This year there were simply low yields for potatoes and the rise in pork prices is due to a difficult epizootic situation, a disease event in a the animal population analogous to an epidemic in humans. This is how the Bank of Russia’s Murmansk branch commented on the August inflation figures. This was when the increase in food prices in the region increased to 5.58 percent after a 4.99 percent rise in July.

While banking experts understand the intricacies of agriculture, ordinary northerners understand the discount schedules in inexpensive retail chains. At the beginning of this year, two large local supermarket chains closed in the region at the same time. Both had occupied a large part of the food market for many years. The chains apparently ate themselves out of business. The supermarkets had thrived in the fat years but could not survive the pandemic amid the drop in people’s incomes.

Replacements have not yet arrived and the empty shells of the former stores on the central streets of cities are often still empty. People have literally been looking for places to buy groceries.

Even the small corner shops that used to help customers out have long been crushed by those retail chains that have now themselves closed. The increased demand may have also triggered the rise in prices.

By mid-summer, the empty spaces of the closed monopolists began to slowly develop their own federal networks. By now, the shortage of retail outlets has stopped and almost all supermarket buildings have found new owners and demand in this market has stabilized. And with this, prices for some products have also begun to decline. Tea for example is down to 1,125 rubles per kg, flour is only 56 rubles per kilo and apples are down to only 117 rubles. All have fallen in price.

So far, the most expensive products from the list of “socially significant” foods, foods that statisticians monitor pricing dynamics for regularly, remain stable. Lamb can be purchased for 645 rubles per kilo and from the grocery list, the above mentioned tea and buckwheat, as well as for some reason vermicelli are now marked at 127 rubles per kilogram.

However, the public is not really discussing prices for pasta, they are much more interested in the cost of apartments. According to Rosreestr, the Federal Service for State Registration, Cadastre and Cartography , since the beginning of the year, prices have risen by 15 percent. This phenomenon, along with a colossal outflow of population from a region not known for having the highest standard of living, is explained only by the fact that almost no new housing is being built here. This situation is most probably due to the extremely high costs of building materials and the overall lack of a local construction base.

This story is originally published in Russian by Novaya Gazeta. It has been translated by the Barents Observer as part of a news sharing agreement

The proper ideals of the Duma