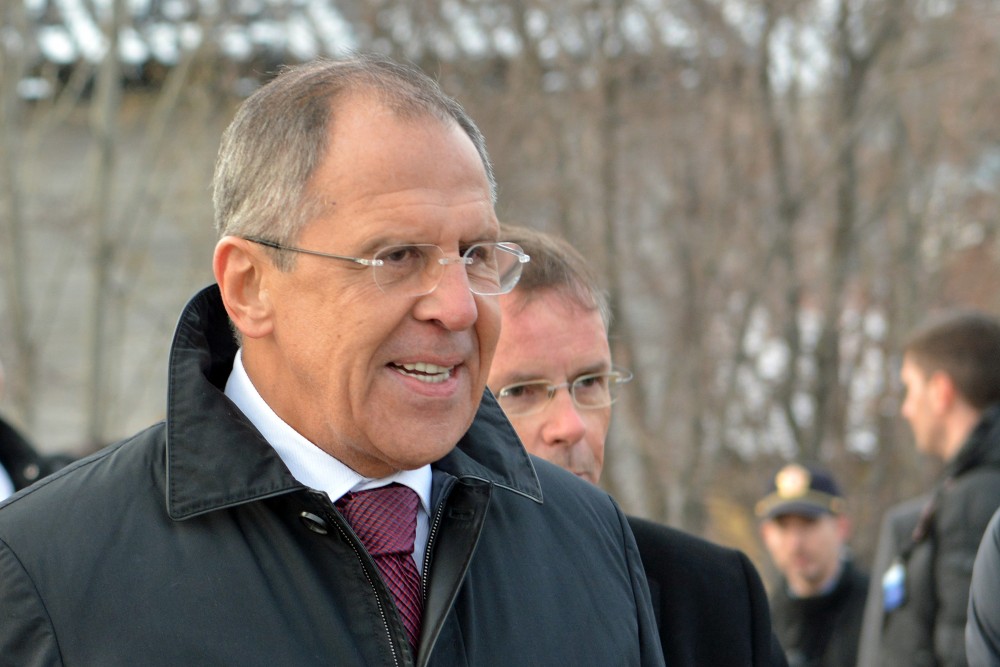 Amid Russia-NATO turmoil, the foreign ministers of Russia, Norway and Finland will meet in Tromsø on October 26 to discuss regional cooperation in Europe’s northern territories. Ann Linde, however, is not coming as she is hosting a NATO seminar in Stockholm the same day. Jens Stoltenberg, son of Barents founder Thorvald Stoltenberg, is prominent in the NATO program in Sweden.
Read in Russian | Читать по-русски
By

“It goes without saying that in the harsh climate and environment of the north, economic activity can only be carried out through joint efforts and exchange of experience,” Lavrov says ahead of the Barents Euro-Arctic Council meeting taking place in Tromsø, northern Norway on Monday and Tuesday.

The press service of Russia’s Foreign Ministry confirms in an email to the Barents Observer that Lavrov will come to the meeting in-person.

A lengthy interview with Lavrov about the role of the Barents cooperation is posted on the Russian foreign ministry’s portal.

Bi-annual ministerial meetings in the Council rotate between the four member countries Russia, Finland, Norway and Sweden. The Barents cross-border regional cooperation was initiated in January 1993, a year after the collapse of the Soviet Union.

When the Russian government plane lands at Tromsø airport on Monday afternoon, it is Sergey Lavrov’s first visit to a NATO country after his ministry on October 18 decided to suspend Russia’s diplomatic mission to NATO. In addition, staff at the North Atlantic Treaty Organization’s office in Moscow will be stripped of their accreditation by November.

It was Jens Stoltenberg’s father, Thorvald Stoltenberg, that initiated the Barents Euro-Arctic cooperation when he was Norway’s Foreign Minister at the beginning of the 1990s.

Sweden, the host of the Barents Council 2019-meeting in Umeå, is the only of the four countries in northernmost Europe that will not be represented with its foreign minister in Tromsø.

Instead of going to Tromsø, Foreign Minister Ann Linde will host a seminar on “Security Challenges in the Baltic Region” in Stockholm. The seminar will be attended by members of the North Atlantic Council, the principal political decision-making body within NATO.

Secretary General Jens Stoltenberg will also be in Stockholm on October 26, the alliance informs.

However, as Foreign Minister Ann Linde gives priority to the NATO meeting at home, Stockholm will be presented in Tromsø with a High-level Representative, the organizers of the Council meeting inform. So will the associated members Denmark, Iceland and the European Commission.

Stockholm, though, gives top political focus to the high-level NATO event in a period when the security landscape in the Baltic Sea Region is increasingly deteriorating.

“I am very pleased to welcome NATO Secretary General Jens Stoltenberg and the NATO countries’ ambassadors to Sweden next week. The partnership is an important part of Swedish security and defense policy and the visit is a natural part of the partnership. The visit gives Sweden and Finland the opportunity to give our views on the situation in the immediate area, our close bilateral cooperation and the security policy development in a broader sense,” Ann Linde says in a statement posted on the Swedish Government’s portal.

Finland’s Foreign Minister, Pekka Haavisto, will fly north to Tromsø more or less directly after his meeting with Jens Stoltenberg in Helsinki on Monday October 25.

While NATO-Moscow tensions soar, the Nordic countries and Russia have always highlighted the Barents cooperation to facilitate low-tension and trust-building. Sergey Lavrov elaborates:

“In the difficult international situation, regional formats of interaction serve as an important channel of dialogue making it possible to discuss common issues for the region in a business-minded and constructive manner and carry out important practical work in the interest of people living here.”

The Russian foreign minister continues: “In this sense, Barents Euro-Arctic Cooperation is probably the most successful multilateral format of cooperation in the north of Europe as it demonstrates persistent immunity to changing political conditions.”

What Lavrov didn’t mention in the interview is how Russia’s Federal Security Service, the FSB, over the last decade systematically has dismantled the people-to-people cooperation across borders by cracking down on the country’s non-governmental organizations, media and non-systemic opposition.

Numerous NGOs in the sphere of human rights, youths, indigenous peoples, environment and LGBT in the Russian part of the Barents cooperation have ceased operations after being branded “foreign agents” by the Justice Ministry.

Since 2012, Kremlin has used the “foreign agent” law to demonize civil society and media that accept foreign funding and carry out what authorities at any given time define as political activity.

For Sergey Lavrov, meetings in the Barents Council is nothing new. He first time participated at the ministerial in Harstad, Norway, in 2005 when Jonas Gahr Støre was newly appointed Foreign Minister in Jens Stoltenberg’s coalition Government. Lavrov, however, refused to attend the 2019 Barents Council gathering in Sweden and the 2013 meeting in Tromsø.

Støre is now Norway’s new Prime Minister after winning the parliamentary elections in September. The new Foreign Minister in Norway is Anniken Huitfeldt,  the woman that over the past years has chaired the Parliament Standing Committee on Foreign Affairs and Defense. Like the former Foreign Minister Ine Eriksen Søreide, Huitfeldt has also highlighted the importance of maintaining dialogue with Russia on issues of common importance, especially in the north where the two countries share a 198-kilometers land border and maritime border across the Barents Sea to the Arctic Ocean.

The Barents Council ministerial starts at 9 a.m. (CET) on October 26 and will be live-streamed by the Norwegian Foreign Ministry.

Note to reader: This article was updated on October 24 with a quote from Sweden’s Foreign Minister Ann Linde.