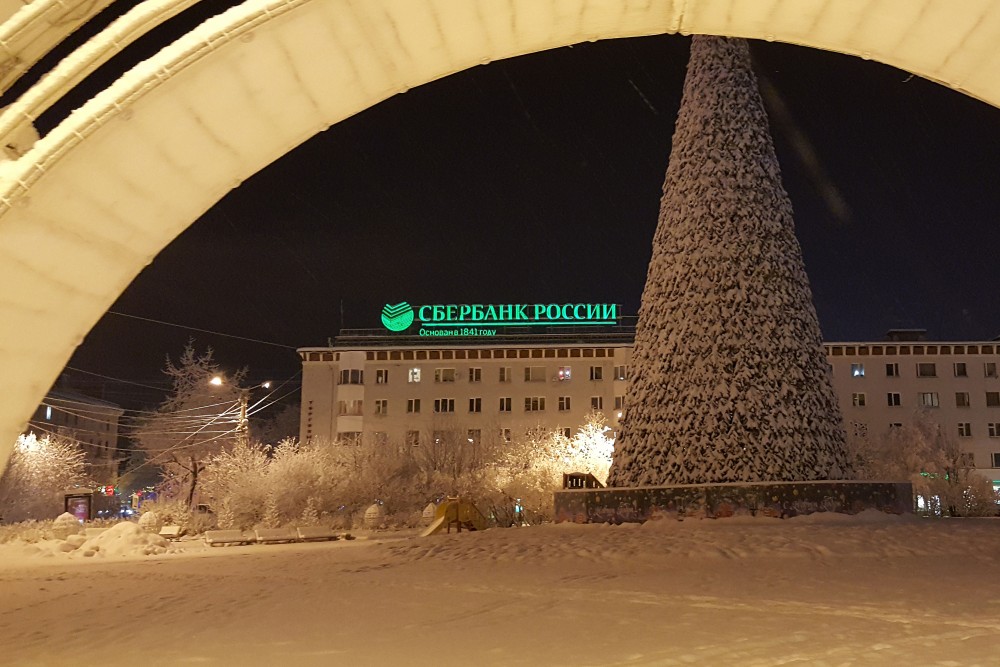 Sberbank filial in the centre of Murmansk. The bank is Russia's largest and has until now had the Norwegian oil fund as an investor. Photo: Thomas Nilsen

The Norwegian Central Bank freezes all investments in Russia, awaiting a plan to sell all shares.
Read in Russian | Читать по-русски
By

The Norwegian Sovereign Pension Fund, known as the Oil Fund, is built on the surplus revenues of the country’s petroleum sector. It owns 1,4% of all the world’s listed companies, making it the world’s largest sovereign wealth fund.

Investments in Russia aren’t big compared to other markets, but included shares in 47 companies as of December 31, 2020. The 2021 figures are not yet published.

The Norwegian share of the companies’ value was 23 billion kroner (about €2,3 billion), the Barents Observer reported last year. After Russia’s full-scale invasion of Ukraine, the Moscow stock market is substantially down and was closed for trading on Monday.

The Government in Oslo has now given a clear order to prepare a plan for divesting.

“This decision is a clear signal to Russia. We strongly condemn the serious violation of international law they are now committing,” says Minister of Finance Trygve Slagsvold Vedum.

“It is important for the legitimacy of both Norway and the Fund that we, together with the international community, demonstrate a clear position by withdrawing the Norwegian savings from the Russian market,” the minister made clear.

Despite being sanctioned by the European Union since  Moscow’s annexation of Crimea in 2014, the Norwegian oil fund has Sberbank on top of its portfolio in the Russian stock market. Norway owned 0,83% of all shares in the bank by the end of 2020 at a value of 6 billion kroner (€579 million at the time).

Second on the list of the fund’s investments in Russia is Gazprom, with shares worth 3,98 billion Norwegian kroner (€384 million). The Norwegian fund decreased its shares in Gazprom from 0,81% in 2019 to 0,69% last year, according to the portfolio overview. Gazprom is the largest publicly-listed natural gas company in the world and the largest company in Russia by revenue.

Other companies on the list now to be sold are LUKOIL, Gazprom Neft, Bashneft and Novatek, all petroleum companies that are big in the Arctic, onshore as well as offshore.