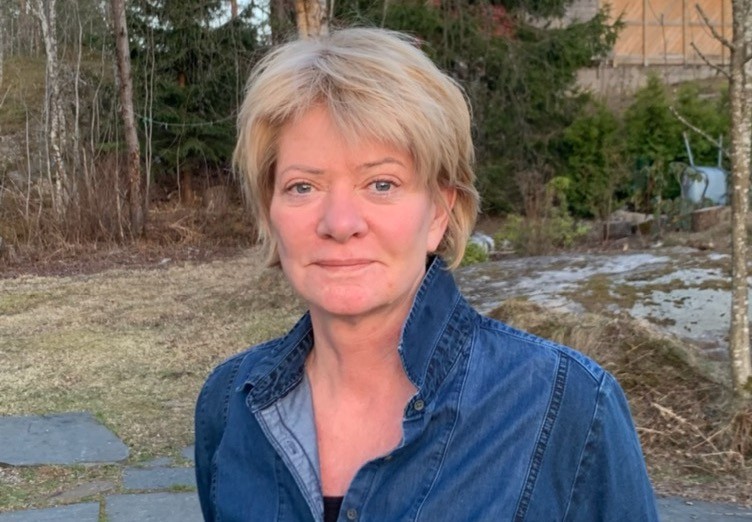 Hanne Meldgaard is to take up her new position in Russia's Arctic region later this year. Photo: Private

"The Norwegian Consulate in Murmansk will continue to work for mutual cooperation, but the circumstances will decide details and outcome of those efforts," says Hanne Meldgaard.
Read in Russian | Читать по-русски
By

Her first visit to Murmansk in 1989 sparked the interest to learn more of the language. Hanne and some friends walked the streets of the world’s largest city above the Arctic Circle on watch for a place to eat.

“How should we know that РЕСТОРАН actually spells restaurant,” she says with a smile today.

“I decided never to go hungry in Russia again.”

At the time, Hanne enrolled in journalism studies at the University College in Bodø, northern Norway.

Writing for the newspaper Nordlands Framtid, Hanne Meldgaard made several visits to Russia in the 1990ties. “The borders opened and cooperation between Norway and Russia took shape,” she tells.

The newly appointed Consul General to Murmansk joined the foreign service in 1999. This was at the time Norway chaired the Barents Euro-Arctic Council, and Hanne Meldgaard worked with the Barents Secretariat to facilitate the regional cross-border cooperation with Russia’s northwestern corner.

The Barents Cooperation was originally initiated by Russia and the Nordic countries to contribute to stability, progress, international peace and security in the area where partnership should replace the confrontation and division of the past.

Today, it is this cooperation that is of the past.

With Kremlin’s bloody war against Ukraine, the Nordic member countries of Sweden, Finland and Norway, like the rest of the western countries, have ended collaboration with Russia in international structures like the Barents Council and Arctic Council.

“The unfortunate times we now find ourselves in, make it impossible to predict what the next year will bring,” Hanne Meldgaard says to the Barents Observer.

“The Norwegian consulate in Murmansk will continue to work for mutual cooperation, but the circumstances will decide details and outcome of those efforts.”

In addition to working as a journalist and later as a diplomat in foreign service, Hanne Meldgaard has a military background as a crew member on the P-3 Orion, the maritime surveillance aircraft flying out of Andøya Air Base in northern Norway for missions over the Norwegian- and Barents Sea. That, though, was before her first visit to Murmansk in 1989.

With the foreign ministry, Meldgaard has been stationed with several Norway’s of embassies around the world, including New Delhi and Sarajevo.

“Mostly, I have worked in other areas than the north for the last 20 years. Last time I was in Murmansk, about 10 years ago, I deputized some weeks for the Consul General,” she tells.

Hanne Meldgaard will be the 12th Consul General at Norway’s northernmost diplomatic mission. She takes over after Astrid Nærum who has been in charge for the last two years.

The Consulate General is temporarily located on the sixth floor in an office building at Projezd Kapitana Tarana 25. By 2024 a brand new building is supposed to be built at Zavoskaya Street, a side road between Lenin Prospekt and Kirov Prospekt.

Norway established its Consulate General in Murmansk in 1993 and is along with Finland the only to have a diplomatic mission to Russia’s Arctic capital.

Today, there is only one Norwegian living permanently in Murmansk in addition to the diplomatic staff at the Consulate General.