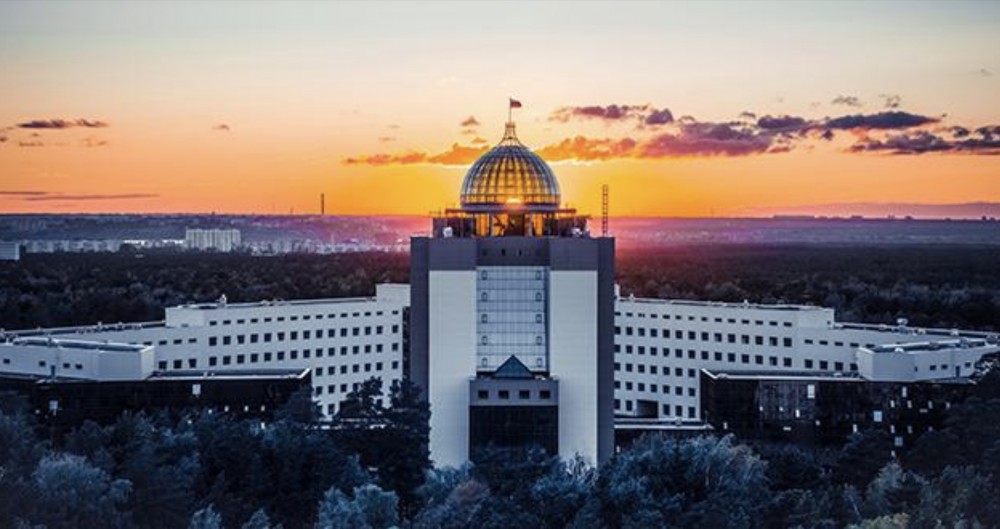 The largest university in Siberia is situated in Akademogorodok, the research center of Siberian Branch of the Russian Academy of Sciences. Photo: Novosibirsk State University

A community of students, graduates, teachers and other employees of Novosibirsk State University has published a sensational statement calling for the Russian army to immediately stop the war and leave Ukraine.
Read in Russian | Читать по-русски
By

While several of Russia’s leading opposition figures have launched anti-war campaigns to protest the invasion of Ukraine from exile, few organized public attempts to protest are seen from inside the country.

This weekend’s statement signed by 133 front-runners with the university in Novosibirsk is therefore staggering.

“We, students, graduates, teachers and other employees of Novosibirsk State University, strongly condemn the war that the Russian state unleashed in Ukraine on February 24, 2022, and express our support to the Ukrainian citizens.”

“There are no reasonable grounds for this war, thousands of Ukrainian and Russian military and civilians of Ukraine have already died in it, and every day of hostilities brings more and more victims.”

Those who have signed the call make clear that this is a private statement that is not linked with the administration of Novosibirsk State University. The official site of the university says nothing about the petition. Neither do the Vkontakte social media forum.

Of the 133 signatures, 109 have signed with name. Several are academicians with the Russian Academy of Sciences. The number of signatures is increasing steadily and has more than doubled since early Monday morning.

Strongly condemning the war, the petition calls for an investigation of the numerous war crimes against civilians in Ukraine.

“Those responsible for these crimes must be punished,” the community statement, which is simultaneously published in Ukrainian, reads.

“The Russian state must immediately stop the war, and the Russian army must leave the territory of Ukraine.”

The voices from the academic society in Siberia stand in sharp contrast to a stomach-churning statement by the Russian Union of Rectors in early March, supporting President Putin’s actions aimed to “achieve the demilitarization and denazification of Ukraine.”

Four rectors and one leader from three other universities in Novosibirsk have signed the support to Putin.

Surveys by state polling agencies have shown a majority of Russians supporting Putin’s so-called special military operation in Ukraine. Such polls, however, are criticized by independent figures as not accurately reflecting society’s views.

Meanwhile, Russian authorities have launched a witch-hunt against any opposition including detaining and prosecuting any attempts to publicly state anti-war views.

A week after the massive military attack on Ukraine, Russia’s state Duma unanimously passed a law criminalizing the spreading of “fake news”, including a prison sentence of up to 15 years for those telling the truth about the war in Ukraine.

The statement by the university community in Novosibirsk is likely just the tip of the iceberg of Russians supporting Ukraine.

Akademogorodok is located 30 km south of Novosibirsk and is home to 35 research institutes in addition to Novosibirsk State University. Founded in 1957, the town was directly supported by the USSR Academy of Sciences.

With its sheer distance from Moscow, the town soon developed its own political life, with social clubs discussing literature, society and culture. In 1968, scientists in Akademogorodok signed a letter protesting Soviet authorities’ violation of human rights. Shortly after, all social clubs in the town were shut down by the government.

In July 1990, a year and a half before the breakup of the Soviet Union, a group of leading scientists at the university invited to the first-ever international UNESCO study tour along the Ob River, from Novosibirsk via Tomsk to the Arctic capital of Salekhard, a door opening to what until then had been a closed part of northwestern Siberia.