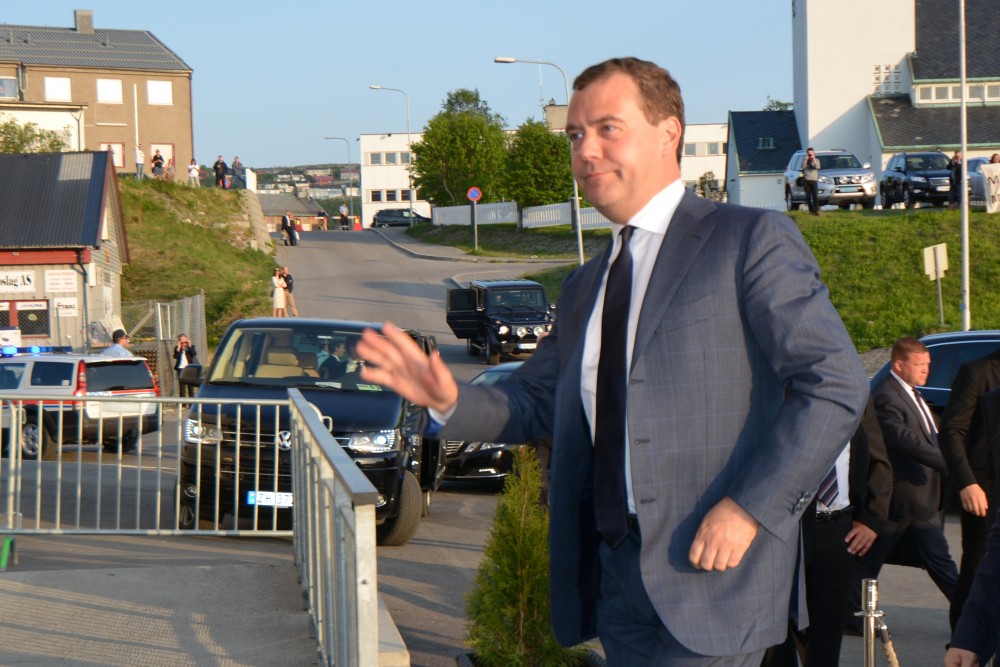 The tone about the West in Dmitry Medvedev’s latest message on his Telegram channel is shocking and totally opposite to the wording when he visited the Norwegian border town Kirkenes nine years ago.
Read in Russian | Читать по-русски
By

The former Prime Minister and President, now deputy head of Russia’s security council, created his Telegram profile on March 17 amid the war in Ukraine. Medvedev’s social media profil has since been devoted to anti-democratic, anti-Western and anti-NATO narratives.

The language in Medvedev’s writings is unusually crude.

On the morning of June 7, Dmitry Medvedev explained:

“I’m often asked why my Telegram posts are so harsh. The answer is I hate them. They are bastards and scum.”

“They want death to us, Russia,” Medvedev wrote, adding that “as long as I’m alive, I will do everything to make them disappear.”

Dmitry Medvedev is one of dictator Vladimir Putin’s closest allies. In 2012, the two changed office; Putin became president for the third time, and Medvedev moved back to the position as prime minister.

A year later, he came to the north-Norwegian town of Kirkenes, a stone’s throw from the border to Russia’s Kola Peninsula.

The occasion was the celebration of 20-years of cross-border Barents cooperation in northernmost Europe.

His Norwegian colleague at the time was Jens Stoltenberg. The two prime ministers walked side-by-side across the border, as they talked about joint partnership and smiled for a number of breakthrough agreements, among them visa freedom for locals in the border area and the recently signed maritime delimitation line in the Barents Sea.

“The atmosphere of the negotiations that my counterpart and I have just held was indeed very friendly, and our talks turned out to be, as always, meaningful and detailed, which I think is very important for ensuring there is a fully-fledged partnership between our two countries.”

Medvedev continued: “Over the past 20 years, we’ve come a long way and learned to listen to one another, which, in my view, can serve as a guarantee that in the future we’ll be able to reach agreements on even the most complex issues.”

This was on June 4, 2013. At a time when he as prime minister was seen by Norwegian and European politicians as a liberal.

However, the anti-Western expression is likely appealing to domestic security structures and hardliners, people that previously have regarded him a liberal lightweight in Russian politics.

According to a Russian media report, Dmitry Medvedev’s son, Ilya Medvedev, who currently resides in the United States, was expelled on June 5 and is ordered to leave the US. “This may explain Dmitry Medvedev’s anger,” the editor’s note in Pravda said.