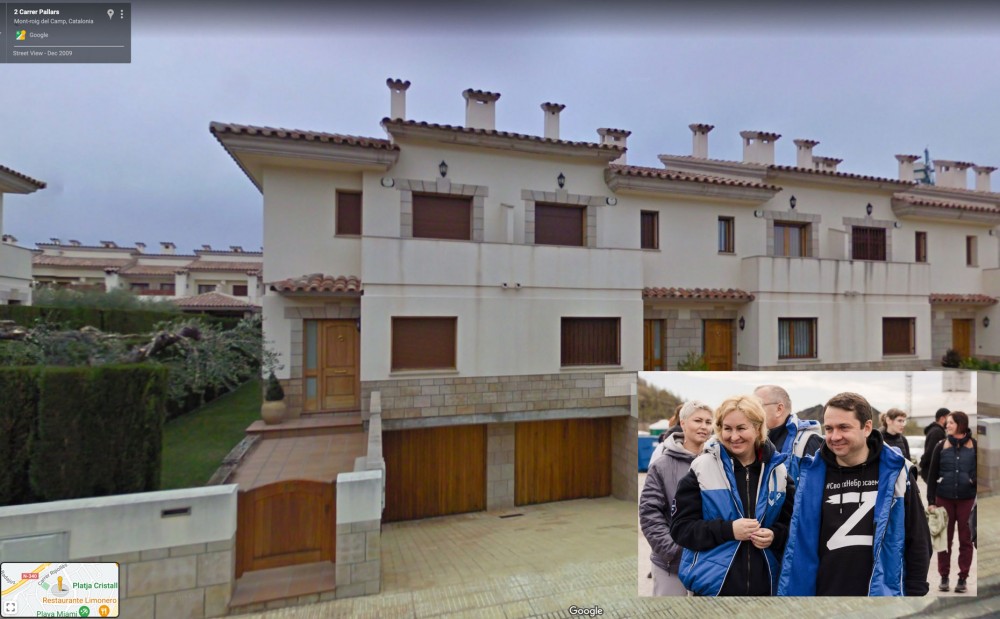 Andrei Chibis and his wife Yevgenia have enjoyed trips to Spain and their house in Tarragona. Photo: collage by the Barents Observer

The fancy 180 square meter town house is located only a couple of minutes walk from a hip local beach. And a short drive away are ancient ruins of a Roman amphitheater.

The city of Tarragona has about everything that an adventurous Russian governor can dream of, and the Chibis family has regularly enjoyed the mansion that they appeared to have acquired in 2008.

Information from Spanish property registers, presented by former opposition politician Violetta Grudina, shows a three-floor terrace property that is part of a set of semi-detached houses built in 2002. It is owned 100 percent by Governor Chibis and his wife.

But the good times on the Spanish riviera are coming to a definite end for the Governor and his family.

A bill recently presented to the Russian State Duma by a group of Communist Party representatives proposes to ban property ownership in NATO countries by state officials and members of parliament.

According to its authors, the bill is necessary because of NATO’s “aggressive expansion aimed at Russia.” It should include not only state officials and parliament members, but also judges, leaders of state companies and representatives of the police and armed forces, the lawmakers say.

The Communists unsuccessfully lobbied for a similar ban already in 2020. Today, the members of the Russian parliament are likely to be far more positive towards the proposed legislation, Kommersant reports.

Andrei Chibis is one of several hundred Russian government officials that over the past decades have bought properties in Europe. And like with so many of his fellow officials, it is unclear how the money has been obtained. Real estate data from Tarragona indicate that properties like the ones owned by the Murmansk governor have a value of more than €400,000.

Should the proposed new legislation be adopted, a rush in sales of Russian properties is likely to follow across Europe.

But Governor Chibis will hardly grief long over the loss of the Spanish town house. After all, he will in any case hardly be allowed back into the EU following his ardent pro-war stance and support for war criminals in Ukraine.

And Chibis has plenty of other properties. The tax declaration revealed by the Governor himself shows ownership of a significant land plot, two apartments and a 139 square meter big cabin, Murmansk.ru informs.

And there might be far more. According to Violetta Grudina, Andrei Chibis  also owns an apartment in Moscow believed to be worth as much as 150 million rubles.

Several of the properties are believed to have been acquired before 2019, when Chibis was appointed governor of Murmansk. He then worked as deputy head of the federal Ministry of Construction and Housing.