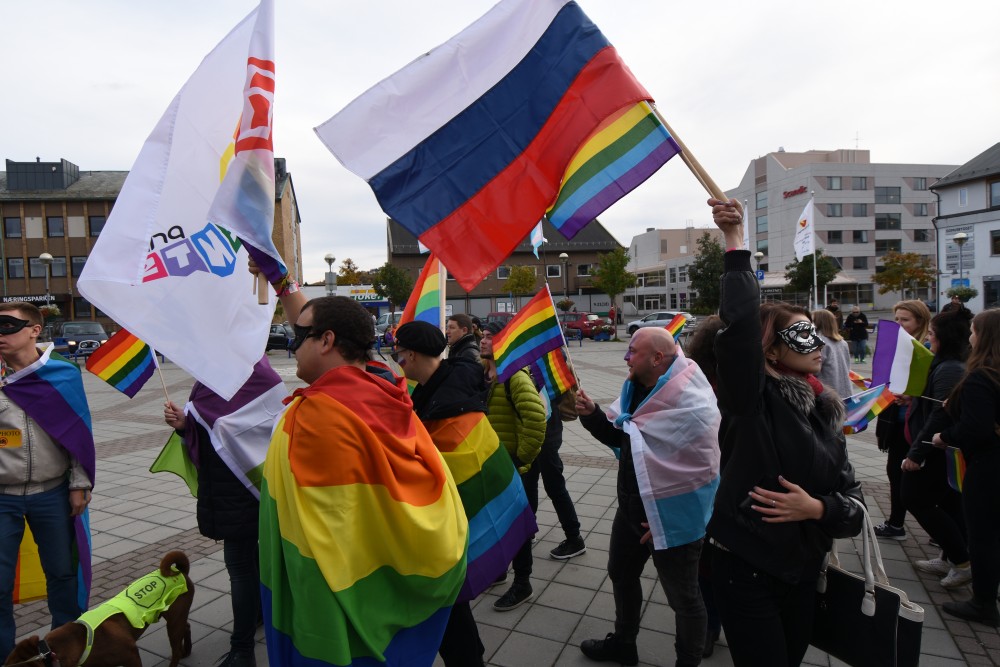 The new bill bans the “propaganda of non-traditional sexual relationships” aimed at any age group — not just toward minors, as was banned under the country’s controversial 2013 law. The bill also codifies new offenses such as “propaganda of pedophilia” and encouraging minors to get a sex change.

“The decision will allow us to protect children and the country’s future from the darkness spread by the United States and European states,” Vyacheslav Volodin, speaker of the lower house of parliament, the State Duma, wrote on social media.

Under the newly passed amendments, propaganda of “non-traditional sexual relations” among both minors and adults is punishable by a fine of up to 5 million rubles ($82,500) for organizations.

Groups that “distribute” materials containing LGBT content or which “can make children want to change their gender” face fines of up to 4 million rubles ($66,000).

Propaganda of pedophilia is punishable by 10 million rubles ($165,600) for organizations.

The bill’s passage in its second reading Wednesday and third reading Thursday was preceded by a rare public debate in the State Duma over amendments that included five-year jail terms for repeat LGBT “propaganda.”

The Duma deputies ultimately struck down the proposed multi-year jail sentences for offenses that include “gay propaganda” using the media.

But foreign citizens convicted of these offenses are subject to deportation.

The new “gay propaganda” bill now moves to the upper-house Federation Council for a single vote, after which it will be signed into law by President Vladimir Putin.

Activists warn that the new law would not only drive Russia’s LGBT+ community underground, but also have far-reaching effects on bookstores, cinemas, theaters, online aggregators, advertisers and video game producers.