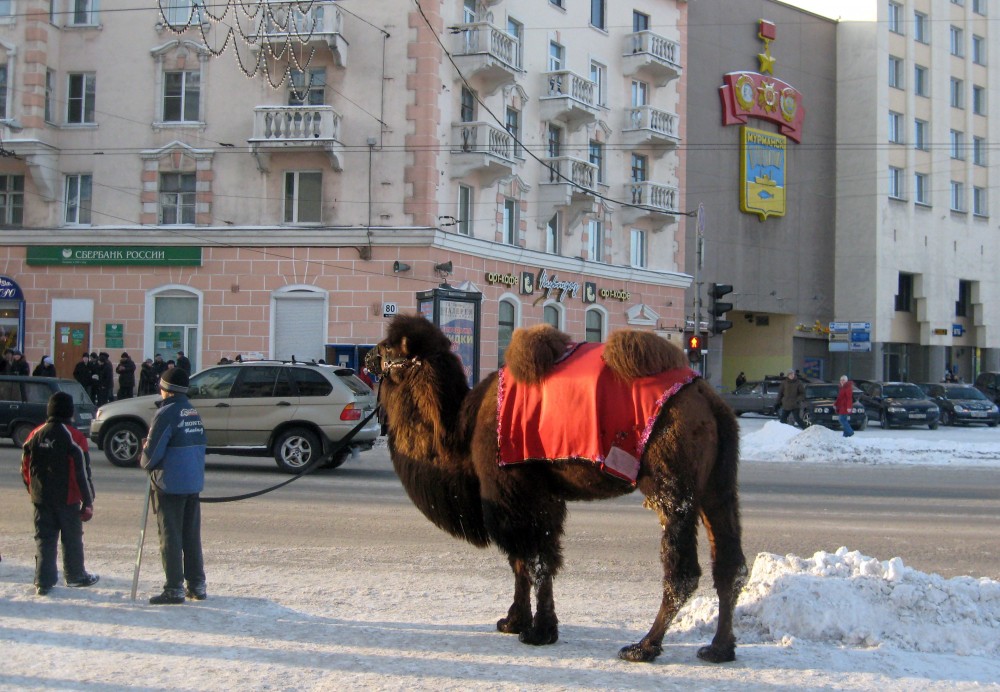 With the closure of the Barents office in Murmansk, end comes to an era of Norwegian presence in Russia's largest city above the Arctic Circle. Photo: Thomas Nilsen

Nine months of war and few hopes for regional cross-border cooperation put an end to the regional Barents offices in Murmansk, Arkhangelsk, and Naryan-Mar.
Read in Russian | Читать по-русски
By

The Barents offices paid with funding from Norway’s Ministry of Foreign Affairs are closing doors and local employees are being laid off.

“This is a direct consequence of Russia’s war on Ukraine,” explains Lars Georg Fordal, head of the Norwegian Barents Secretariat.

In Naryan-Mar, the capital of the Nenets Autonomous Okrug, doors were closed shortly after President Vladimir Putin announced partial mobilization on September 21. The only employee left the country.

Staffers at the offices in Murmansk and Arkhangelsk are told that their services are no longer needed after February 1, 2023.

In Arkhangelsk, though, Norway will maintain an honorary consulate. The office is today partly paid via regional Barents cooperation funding and partly by the Foreign Ministry via the Embassy in Moscow.

“The foreign ministry has no plans to shut down the honorary consulate in Arkhangelsk,” says spokesperson Lars Gjemble with the ministry in Oslo.

“The consulate is under the Embassy in Moscow which will continue to cover office running expenses.”

“I cannot comment now because I do not know what kind of job I will be able to find,” Shalyov says.

Arkhangelsk played a key role in Russia’s regional cooperation with Northern Norway. Education, culture, humanitarian contributions, and environmental projects were some priorities framing the contacts across borders since the early 1990s.

In Murmansk, a Barents room co-located with the information office of the Nordic Council of Ministers opened on the premises of the Technical University in 2000. A few years later, the Barents office moved to a more prominent location in the Alfa-Bank building, before it finally moved downtown, a block away from the Regional Governor’s building.

While the Nordic information office was shut down days after Russia’s illegal annexation of Crimea, the Barents office continued to look for ways to maintain local cooperation with its neighboring country to the west. Such projects became more and more linked to official authorities with less emphasis on civil society and democratic values.

Harassments of Norwegians intensified and only a few of the foreign business establishments in Murmansk wanted to stay.

Norway closed its diplomatic mission in Murmansk on July 1 this year.

“The closure of the Consulate General is the final confirmation that end has come to a process that started in the early 90ties. It’s over,” said former consul in Murmansk, Jørgen Holten Jørgensen, to the Barents Observer.

Since Russia’s unprovoked military attack on Ukraine in February, Norway halted all project funding to cross-border initiatives where the Russian partners were directly linked with the authorities.

However, Norway’s Barents Secretariat set up in 1993 to finance cross-border projects with Northwest Russia continues to be fully manned.

“There are per today no plans to reduce the number of employees,” says Lars Georg Fordal.

He, however, admits that the secretariat has seen busier days.

According to Fordal, the secretariat together with county authorities in Northern Norway and the Foreign Ministry in Oslo, are eyeing new geographical areas of project financing and possibly other tasks of work.

The first Barents Secretariat was established in 1993 by the Barents Regional Council in Kirkenes, Norway. Its aim was to provide services needed by the chair region, at that time Finnmark County.

Russia, though, did never arrange for, or financed, any secretariats during the nearly 30 years of cooperation.

Also in 2007, the Barents Council meeting with representatives of the four member countries Finland, Russia, Sweden, and Norway signed an agreement to establish a permanent International Barents Secretariat. This secretariat is today located in the same building as the Norwegian secretariat, and with rotating staffers from all four countries.

As the Norwegian secretariat’s main task was to be a key instrument in financing bilateral projects with the Russian member regions, local branch offices were organized.

From start, these offices were named information centers and co-located with universities.

The first such branch office was established in Petrozavodsk in 1995, followed by Arkhangelsk in 1996, Naryan-Mar in 1999, and finally Murmansk in 2000.

The closures mark an end to an ear of the past.

2023 was supposed to celebrate the 30th anniversary of Barents cooperation. A Prime Minister Summit was planned to take place on February 1 in Kemi, northern Finland.

In “the current circumstance” this event has been canceled, says Jari Vilen, Helsinki’s Ambassador to the Barents and Northern Dimension.

“I take the comfort that all remaining Barents partners are committed to the continuation of the cooperation without Russia,” Vilen notes.

Expelled Norwegian businessman is back in Murmansk