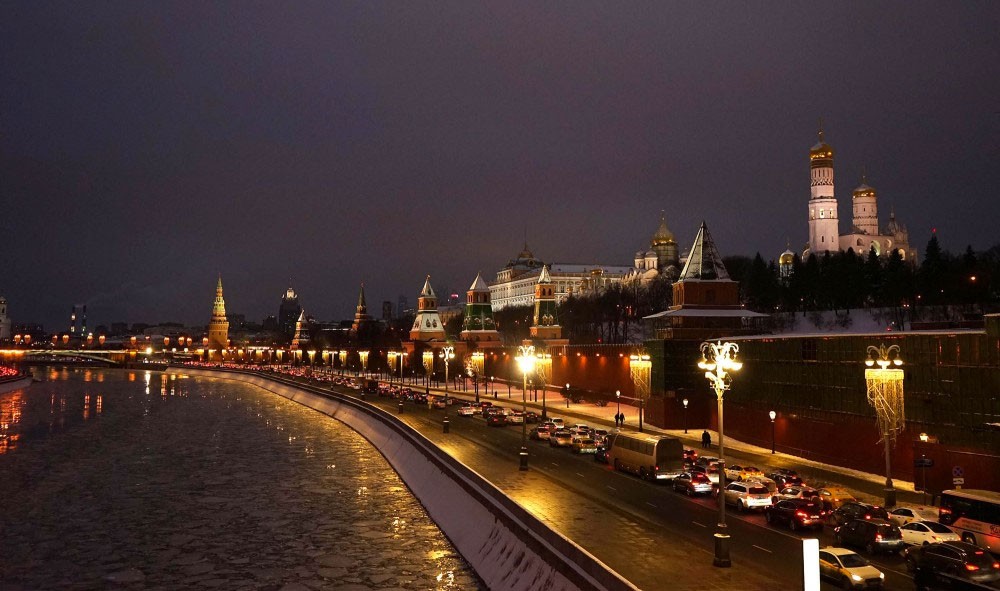 The Russian president says his country intends to make bigger CO2 emission cuts than the EU, and offers new energy partnerships with European leaders. Natural gas from the Arctic is key part of the plan.
Read in Russian | Читать по-русски
By

One of the world’s biggest producers of fossil fuels says it is preparing a major revamp of its industry that will lead to huge cuts in CO2 emissions.

According to President Vladimir Putin, a detailed plan is now being elaborated on how to cut carbon intensity in his country’s economy.

“We are setting an ambitious task, to bring emissions lower than in the European Union,” the President underlined in a government meeting last week.

The statements from the Russian leader comes only few weeks ahead of the COP26 in Glasgow, the high-level international climate meeting.

The Russian emission target is anchored in a new low carbon development strategy for the period until 2050. The document that is now awaiting approval from key government ministries proposes a 79 percent emission cut by year 2050 and full carbon neutrality by 2060.

The draft document has been obtained by newspaper Kommersant.

The ambitious target was highlighted by Putin himself during this week’s Energy Week in Moscow.

In an extensive round-table event with energy leaders, all of them from the oil and gas sector and car manufacturing industry, the state leader underlined that Russia “fully acknowledges the urgency of the challenges [linked with climate change]” and that it “feels all threats and risks for all human kind, for the whole planet, as well as for our own country.”

He also stressed that Russia “consistently works to strengthen the energy security of the whole European continent,” and warned against the rapid energy shift that currently is taking place in Europe.

With reference to the hike in energy prices across the continent, Putin made clear that the European Green Deal and the shift towards renewables is not sustainable. The continent will remain heavily dependent on Russian natural gas, he underlined, and offered EU leaders new and stronger partnerships based on gas imports.

At the same time, he openly threatened European leaders over their planned introduction of a carbon tax on imported goods. If the EU introduces the tax, Russia will respond with cutting natural gas exports, which consequently will lead to an additional hike in energy prices, Putin warned.

“What we now see and hear in the European Union in connection with the carbon tax of course spurs certain concern, because if these decisions are taken in a unilateral manner and if we see that they serve as instruments of a malevolent fight over competitiveness then I think the result will be the same as what we see today — simply that the prices will increase,” the president said in his address at the Energy Week.

“If inadequate decisions are taken, then we will respond in the corresponding way,” he underlined.

The European energy transition is seen as a serious threat to Russia and its powerful export-dependent energy industry. The Union’s Green Deal includes an ambition to cut greenhouse gas emissions by at least 55 percent by 2030 and reach climate neutrality by 2050. That means that oil and gas from Russia and other exporters will be replaced by alternative, renewable energy.

However, also Russia prepares for a major modernization of its energy systems. In that transformation, natural gas is presented as key part of the solution. Furthermore, as highlighted by Putin in his meeting with government, the task to reduce the negative effects on the climate “must not become a burden for businesses and our citizens.”

“On the contrary, all the decisions that are taken must serve as sources for growth and technological development of the Russian economy.”

The measures prioritized by the Russian side will be the ones that “give the most significant economic effect per reduced tonne of emission,” he told his cabinet ministers.

Among the Russian emission cut measures is the utilization, not burning, of natural gas from field installations. Oil and gas transport infrastructure is to be electrified. In addition comes measures on energy efficiency and modernization of heating supply systems and transformation of public transport to electricity and natural gas.

In his address at the Energy Week, he also highlighted his country’s nuclear power industry and its plans for a massive development of small-scale power stations. And major investments are planned in the field of hydrogen and ammonia production.

For Russia, the global energy shift does offers a number of opportunities in the form of growing demands of minerals and metals, of which Russia has plenty. The country also from before has major resources of renewables, including hydropower.

If including nuclear power, Russia has 37 percent of its energy consumption from renewables, Putin explained this week, and added that the potential is huge in the field of nuclear energy, small hydropower plants, as well as tide water energy.

But it is natural gas, oil, as well as coal, that will remain the backbone of Russian energy systems for decades to come.

According to Putin, Russian companies will by year 2035 produce up to 140 million tons of LNG per year, by far most of it in the Arctic.

And in addition comes the oil and coal.

“We must not forget about the sustainable development of the oil, gas and coal industry,” Putin underlined to the company leaders at the Russian Energy Week.