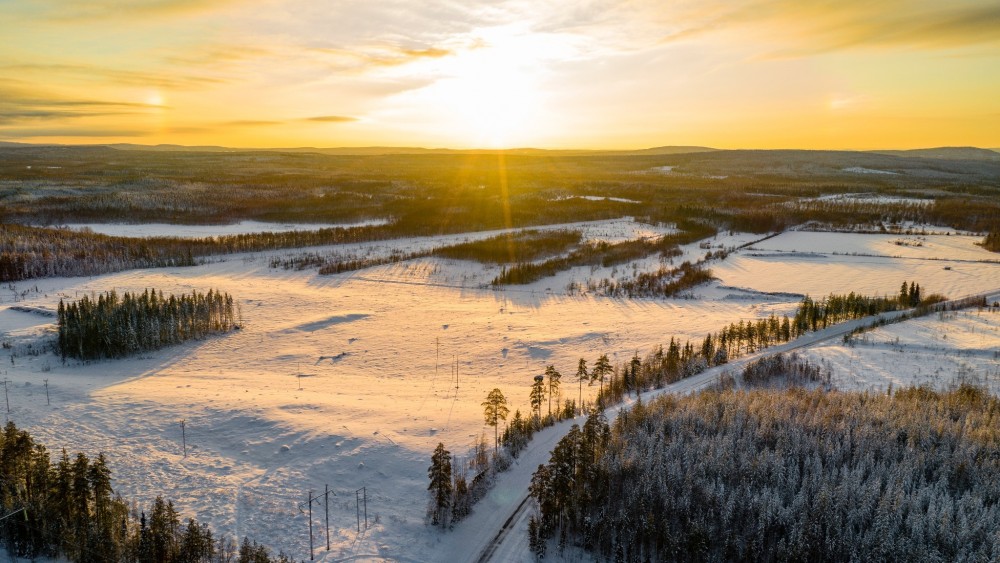 The factory will be built here at Svartbyn Industrial Park. Photo: Boden municipality

H2 Green Steel aims to invest €2,5 billion, create 1,500 direct jobs and produce 5 million tons of fossil-free steel by 2030 at a new plant near Boden in northern Sweden.
Read in Russian | Читать по-русски
By

Northern Sweden offers unique conditions for fossil-free steel production, the newly established company said in a press release on Tuesday. The region has Europe’s largest iron-ore mines, plenty of renewable energy in the form of hydropower and wind-power, and is a center for knowhow on zero-emission industrial processes.

“We want to accelerate the transformation of the European steel industry,” said Carl-Erik Lagercrantz at the presentation of the plans.

“Electrification was the first step in reducing carbon dioxide emissions from the transportation industry. The next step is to build vehicles from high-quality fossil-free steel,” he said.

Another partner in the project is Scania, the manufacturer of heavy trucks, buses, and lorries.

“A Scania truck weighs about six tons and five of those are steel, which today unfortunately is produced with a substantial carbon footprint. By investing in and partnering with H2 Green Steel we are now further accelerating the journey towards emission-free products across the whole value chain,” said Anders Williamsson, Executive Vice President with Scania.

He added: “It’s a significant increase in ambitions, which will not only contribute to Scania delivering on the goal of the Paris Agreement but also raising the bar even further.”

H2 Green Steel stated in the presentation that an important source of inspiration for the new plant is the existing HYBRIT project outside Luleå in northern Sweden where companies like SSAB, LKAB and Vattenfall together are building a pilot-plant for CO2-free steel production based on the iron-ore from LKAB’s mines in Kiruna.

The CO2 emission from the EU steel industry today is equivalent to about half of all cars in EU.

The steel production plant will be powered by the world’s largest green hydrogen plant, at approx. 800 MW.

Steel production is set to start in 2024 and ramp-up to 2,5 million tons by 2026 and further to full 5 million tons capacity by 2030, according to the presentation on Tuesday.

When achieving full production, the plant will create a €3 billion added value to Norrbotten’s net export.

1,500 people will be employed directly, and H2 Green Steel said another 8,500 indirect jobs will follow in the region.

The municipality of Boden has allocated an area in Svartbyn industrial park where the factory will be built.

Municipal councilor Claes Nordmark praises the new factory. “Now we will together show the roadmap towards the next step of the green industrial revolution.”

“A rapid change of the steel industry is extremely important. H2 Green Steel will accelerate this change and make Swedish steel world-famous, not only for its quality but also as the world’s greenest steel,” said Henrik Henriksson, incoming CEO of H2 Green Steel.