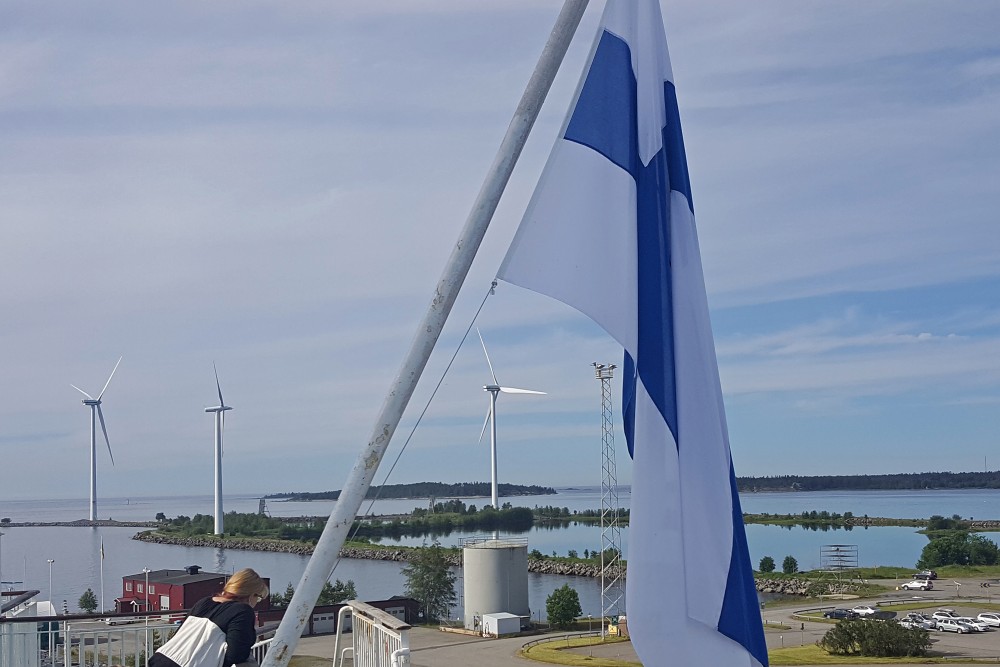 Lapland among regions not in favour of wind power compensation

Regional leaders are calling for a new compensation system in wind power tax revenue due to a clear disparity between western and eastern Finland in terms of wind power distribution, with most of the turbines concentrated in western areas.
By

The primary reason for this is a matter of defence policy as wind turbines can interfere with regional surveillance and radar operations.

Any plans to build new wind turbines more than 50 metres tall or within the vicinity of a strategic area, must be submitted to the General Staff of the Armed Forces, which has the right to block any such project. Between 2011 and 2021, roughly 15 percent of projects were prohibited by the Defence Forces, according to its own figures.

Most wind farms are situated around the Gulf of Bothnia on Finland’s western coast. More are on the way as the Finnish Climate Change Panel stated in a report that the Nordic Countries have set a goal of boosting their wind power capacity five-fold by 2050.

While this development is welcomed warmly by western regions, areas in the east say they are not reaping the benefits of this “wind boom”.

“Territorial control of the Defence Forces has been a very important reason for [our lack of wind power], and we understand those reasons,” Markus Hirvonen from the Regional Council of North Karelia, a region along the Russian border that has no wind turbines.

The government of Prime Minister Sanna Marin (SDP) has sought to identify ways to work around these national defence concerns in order to evenly distribute wind power across the country.

With Russia’s invasion of Ukraine limiting Russian energy imports and Finland winding down peat burning for fuel, the need for alternative energy sources is growing. In Finland’s east, this presents new challenges.

According to a report by the Association of Finnish Local and Regional Authorities, municipalities received 17 million euros in real estate tax from wind farms last year. That number is expected to grow to at least 19 million euros this year.

The Finnish Wind Power Association believes that this number can rise to 30 million euros within the next few years.

Eastern Finland would like to see some of this money as well, which is why regional councils are calling for a new compensation system to bolster municipality tax revenue for those without access to wind power.

“A municipal compensation model should be part of the next government programme and implemented with extensive production by the ministries,” Hirvonen told Yle.

He further emphasised that the eastern regions are happy to control the eastern border — because the defence of the whole of Finland requires it.

“But the basic principle of the rule of law is that the disadvantages caused by it, such as the loss of wind power, must be compensated for,” he clarified.

Hirvonen’s model would see wind power revenues go to the state treasury, and then distributed amongst Finland’s regions, especially those in the border region.

“If even a small part of the income were distributed to the border regions, the system would be fair,” Hirvonen argued.

Other regional leaders agree with Hirvonen’s point of view on a fairer distribution of funds.

“If the construction of wind power is restricted or completely banned in part of Finland, renewable energy and other financing measures should be directed in particular to these areas,” said Jaakko Mikkola from the Regional Council of Kymenlaakso.

West not in favour of compensation

The call from eastern regions for equitable compensation is not a popular position in other regions.

“If we want to promote wind power, the compensation proposal is not effective,” said Pauli Harju from the Council of Oulu Region.

With 349 wind turbines, Northern Ostrobothnia — in the west — has Finland’s largest share of the energy generating devices, and accounts for more than one-third of the country’s turbines.

According to Harju, the best solution would be dividing Finland into price areas in terms of the market price of electricity, a similar model to one that has been implemented in Sweden and Norway.

“This would have an impact on the price of electricity and create competitiveness in these areas, much more effectively than with any compensation model,” Harju explained.

Other regions in Finland’s “wind belt” express sympathy towards the eastern regions, but are not in favour of compensation.

“In Lapland this would mean a virtual halt to wind power projects,” said Mika Riipi, from the Regional Council of Lapland.

Riipi argued that wind power still comes with negative consequences — such as loss of landscape value and noise pollution.

With these disadvantages, Riipi argued that it is only fair that areas with wind turbines reap their benefits.

“Full tax revenues for municipalities that deal with the disadvantages of wind power,” Riipi said.