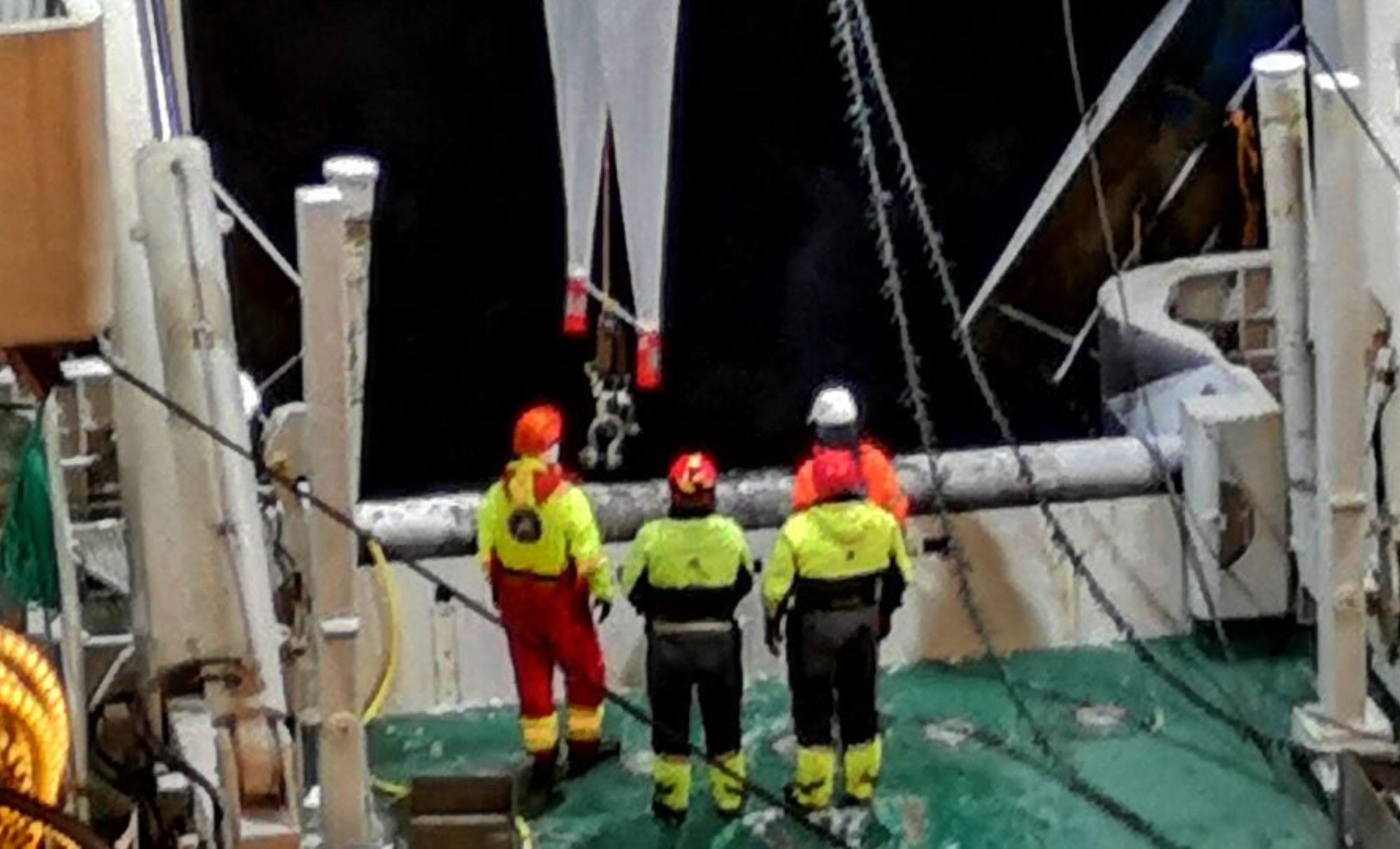 * Also affiliated with UiT The Arctic University of Norway

Copepods of the genus Calanus dominate the zooplankton biomass in the North Atlantic and in the Arctic Ocean. They constitute the key link between primary producers (microscopic algae) and higher trophic levels, securing essential fatty acids such as omega-3 from algae to be efficiently channelled to fish, marine mammals and seabirds.

Three Calanus species exist in the European Arctic. Two of them, the Arctic C. glacialis and the North Atlantic C. finmarchicus are frequently used as climate indicator species due to their distinct biogeographical distribution ranges. The larger C. glacialis is found everywhere in the Arctic, whereas the smaller C. finmarchicus resides in the Norwegian Sea and is restricted to areas influenced by warm Atlantic water. Thus, it is considered to be an Atlantic expatriate. Body size is commonly used to distinguish between these two very similar species. However, recent DNA analyses have revealed that C. glacialis can actually be much smaller than previously assumed and that there is a large overlap in body size with C. finmarchicus.

Being large is an advantage in environments with seasonal resource limitation, such as the Arctic Ocean. It allows the organism to store larger energy reserves, enabling them to survive periods with low food abundance, and to spawn early, fuelling reproduction with internal resources, before fresh algal food is available. Early spawning ensures that the offspring can take full advantage of the short algal spring bloom, but it takes time to grow large in cold temperatures. Depending on food availability it can take one to three years for Calanus to reach adulthood. However, with higher temperatures and earlier sea ice retreat resulting in longer periods of algal production, Arctic zooplankton may be able to accelerate their development, reduce their generation times and hence push the population towards smaller individuals. At the same time, higher sea temperatures and a longer open-water productive season will make the High Arctic more suitable for boreal species. This leaves us with a conundrum: how do we interpret an increase in abundance of smaller Calanus? Does it reflect a change in species composition, i.e., a northward shift of the small boreal C. finmarchicus? Or is the Arctic species becoming smaller?

Seasonal studies from the Arctic Ocean are still a rarity. However, recent extensive freeze-in drift expeditions by RV Lance (N-ICE2015) and RV Polarstern (MOSAiC), combined with seasonal cruises by RV Kronprins Haakon (Nansen Legacy) and year-round studies in Svalbard fjords (UNIS) have improved our understanding of how Calanus populations deal with the strong seasonality in the Arctic.

Zooplankton are food-restricted in the High Arctic and both C. glacialis and C. finmarchicus experience mass mortality at the end of winter, not because they are eaten, but because they run out of energy stores. Both species grow and build up lipid reserves during summer–autumn and hibernate at depth in winter to save energy. Year-round population- and enzyme studies, however, have revealed that C. glacialis has a higher potential to metabolise lipids than C. finmarchicus. It is therefore more efficient than its boreal sibling at utilising the brief feast of the algal bloom to grow and to replenish its lipid reserves. Going into winter with larger lipid reserves enables C. glacialis to develop to adults and start mating as early as December-January, almost two months earlier than C. finmarchicus. The later reproduction in C. finmarchicus increases the risk that the offspring may miss the algal bloom feast and must instead rely on the much lower algal summer production to sustain growth and development. This is why we see a more rapid and stronger population build-up in C. glacialis than in C. finmarchicus over the summer.

The dependency of C. finmarchicus on fresh algal food to start reproduction is regarded as one of the main factors limiting its ability to establish local populations in the Arctic Ocean: the season here is simply too short for the copepods to grow large and fat enough to survive the winter. The long dark winter is often the bottleneck for survival of more southern species. While boreal species may be prominent during summer and autumn, the zooplankton community resets to a more Arctic mode during winter.

Our studies demonstrate that closely related copepod species with slightly different life strategies and environmental preferences co-exist in large parts of the Arctic. This co-existence of several species within the same copepod genus presumably makes high-latitude zooplankton communities more resilient to climate change. We may find negative climate impacts on species level, but not on the genus level. So far, zooplankton studies show that both boreal and Arctic species benefit from slightly warmer climate, less sea ice and an earlier and longer primary production season.

The main ecological concern in a future warmer Arctic with a considerable Atlantification of the zooplankton community is the replacement of large fat copepods with smaller and less nutritious copepods. The reduced generation time and increased capacity to complete life cycles in the High North will likely increase the overall secondary production and thus largely compensate for reduced nutritious quantity per individual copepod. However, our ability to predict how continuous warming will affect the Calanus complex and the remaining zooplankton community in the more distant future will require a better understanding of species’ temperature tolerances as well as potential changes in predator pressure as the marine zooplankton and fish community changes.