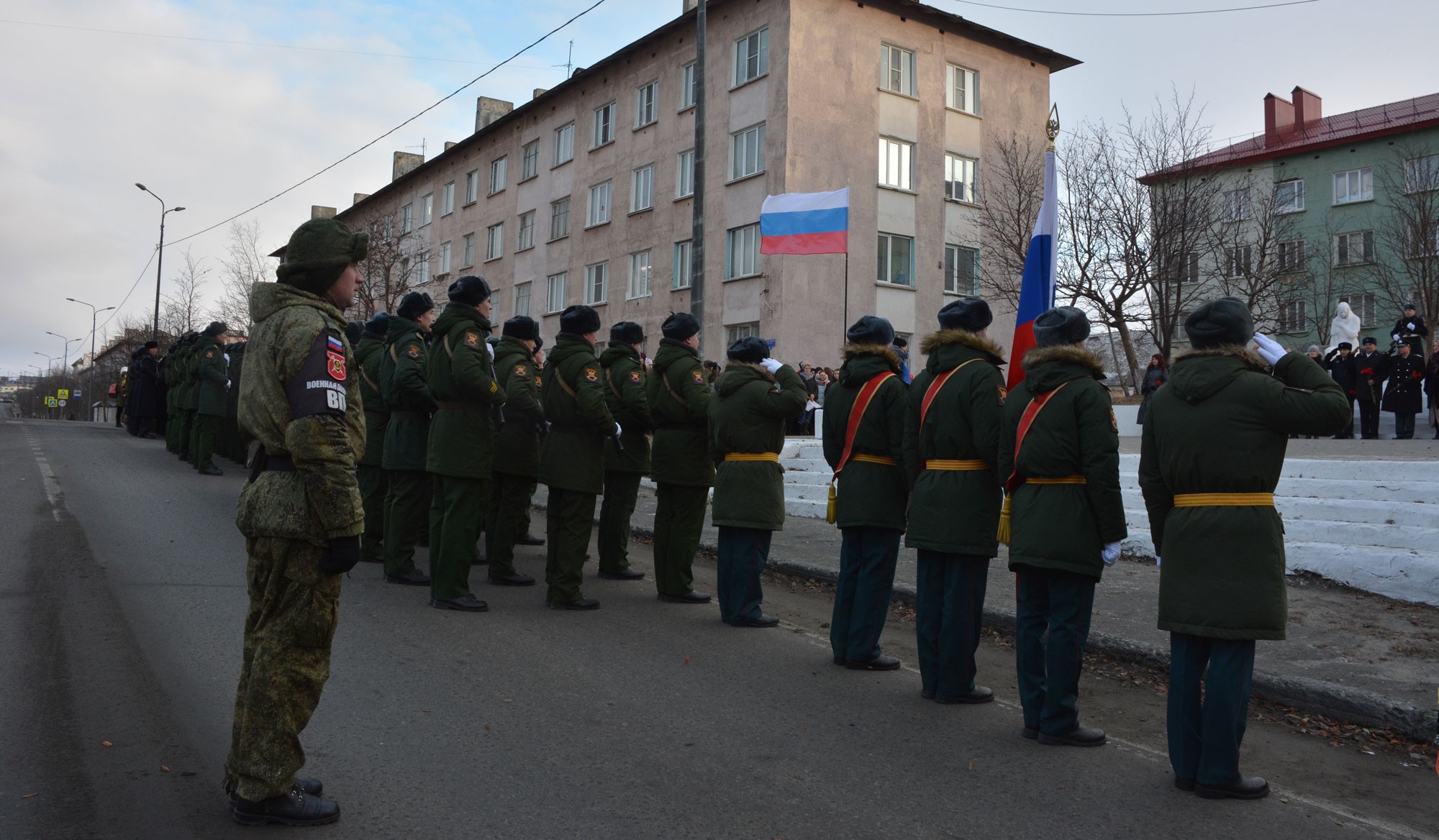 As Moscow prepared annexation of Ukrainian regions, top Russian officials took part in a ceremony on the Soviet "liberation" of the former Finnish town of Alakurtti in 1944.
Read in Russian | Читать по-русски

“We will always remember the ones that gave us the opportunity to live in a free country and we will never forget their courageous bravery,” said Irina Prosolenko.

The member of the Murmansk regional Duma in her interview with Russian state TV stood in front of the local war memorial in Alakurtti. On site are memorial plates with the inscription of more than 900 names, all of them men that lost their lives in 2WW battles in the area.

The ceremony was devoted to Soviet troops’ so-called liberation of Alakurtti in September 1944. Several more state dignitaries were represented, among them Deputy Governor of Murmansk Vladimir Yevmenkov and Deputy Head Commander of the Northern Fleet Igor Kurochkin.

The former is the right hand of regional Governor Andrei Chibis and has accompanied his boss on several of his recent work travels, including to occupied territories in Donetsk and Kharkiv regions.

Alakurtii was Finnish territory until Stalin on the 30th of November 1939 attacked the neighboring country and ultimately annexed major parts of its territory. The attack followed the Molotov-Ribbentrop pact, the so-called non-aggression agreement between the USSR and Nazi Germany that included a secret protocol on the former’s right to annex parts of Poland, the Baltic states and Finland.

The pact between the two barbarous dictators paved the way for the world war.

Stalin is believed to have planned to annex all of Finland, but the fierce Finnish resistance led to massive Soviet losses. After three and a half months of fighting, more than 125,000 Red Army soldiers had been killed.

The peace treaty that was signed in March 1940 gave the USSR control over nine percent of Finnish territory. Among the ceded areas were the Karelian isthmus and the Salla area, including Alakurtti. Later, also the far northern Petsamo area was ceded.

During the Continuation War, Finnish and German forces regained control over the area, but were pushed back in fall 1944 and by mid September Alakurtti and the surrounding Salla area was again under Soviet control.

“These kind of events must be celebrated, because this is patriotism,” Prosolenko underlined in the TV interview. “As long as the memories live, also we live,” she added.

The ceremony in Alakurtti was held just few days before Russia held so-called “referendums” in four Ukrainian regions on their inclusion in the Russian Federation. On the 30th of September, Vladimir Putin signed the decree that formalized the annexation.

There are remarkable parallells between Moscow’s attack and annexation of Finnish lands in 1939 and early 1940s and today’s onslaught on Ukraine, and the locals that attended the recent event in Alakurtti were carefully reminded about the historical context.

During the ceremony, not only Soviet warriors were honored, but also two Russian soldiers that recently had lost their lives in Ukraine were post-mortem awarded medals for bravery. In a press note, the Russian Armed Forces states that the ceremony was “devoted to the memory and heroism of protectors of the Motherland, those who fought for peace and freedom in the distant 1940s and those who continue to fight today.”

According to Deputy Head Commander Igor Kurochkin, who is responsible for the Northern Fleet’s “military-political activities”, the ongoing war in Ukraine is actually a continuation of the 2WW.

The two soldiers that were killed in Ukraine “died as they were protecting the world against Nazism,” the high-ranking military official argued.

In the perverted narrative of Igor Kurochkin and the Russian military and political elite, it is foreign powers and “Nazists” that carry the blame for the war. And like in Stalin’s USSR, oppression of the country’s own population and aggression against neighboring states is actively muzzled and vindicated.

According to Kari Aga Myklebost, a Professor in History at the University of Tromsø, Norway, the ceremony in Alakurtti illustrates how Moscow now seeks to legitimate its war in Ukraine.

“This is a blatant example of how in the Russian public sphere, official memorial ceremonies dedicated to The Great Patriotic War are now being used actively to legitimate the Russian onslaught on Ukraine,” she says in a comment to the Barents Observer.

“This narrative of continuity between the two wars is of course mythmaking and has nothing to do with the realities neither of the Second World War nor of the present Russian warfare in Ukraine. Still, the ceremony in Alakurtti very explicitly builds on this, honoring fallen soldiers of both wars in the same event and stating that both the Soviet soldiers of the Great Patriotic War and the Russian soldiers in today’s Ukraine sacrificed their lives “protecting the world from Nazism”, Myklebost explains.

She is supported by historian Lars Rowe, who calls Moscow’s historical justifications of the war in Ukraine as a “perverse fantasy game.” Rowe, who is Director of Norway’s Resistance Museum, has extensively studied Finnish-Soviet/Russian relations in the high north.

The ceremony in Alakurtti will not be the last of its kind. Similar war commemorations are likely to come up shortly.

“With memorial dates connected with the Great Patriotic War coming up, the window is opened for mythmaking and weaving together of fallen soldiers of both wars. In October, similar memorial ceremonies dedicated to the Great Patriotic war are to be conducted in several Russian cities in the border region with Norway and Finland, and it will be interesting to see if and how the ongoing war in Ukraine is included here,” Professor Myklebost says.

On the 22nd of October the turn comes to Nikel, the town located along the border to Norway. Like Alakurtti, also Nikel and the surrounding Petsamo area was originally Finnish. It was conquered by Soviet troops during the Winter War and later ceded to the USSR. In a commemorations ceremony in 2019, a representative of local authorities underlined that «we pay homage to the heroic efforts of our ancestors who pushed the German-Fascist forces out of our homeland.» She did not bother to mention that the area originally was Finnish.

There has come no official reaction to the event in Alakurtti from Finnish authorities.  According to Ilkka Liikanen, Professor at the University of Eastern Finland, the event is unlikely to have been addressed to Finland in connection with its upcoming NATO membership.

“My guess is this is targeted more to domestic audiences, and at least I have not noticed that it would have been officially dealt with in Finland,” he says to the Barents Observer.

“In any case, this is certainly an interesting phenomenon also from our point of view - and unfortunately again not a positive one.”