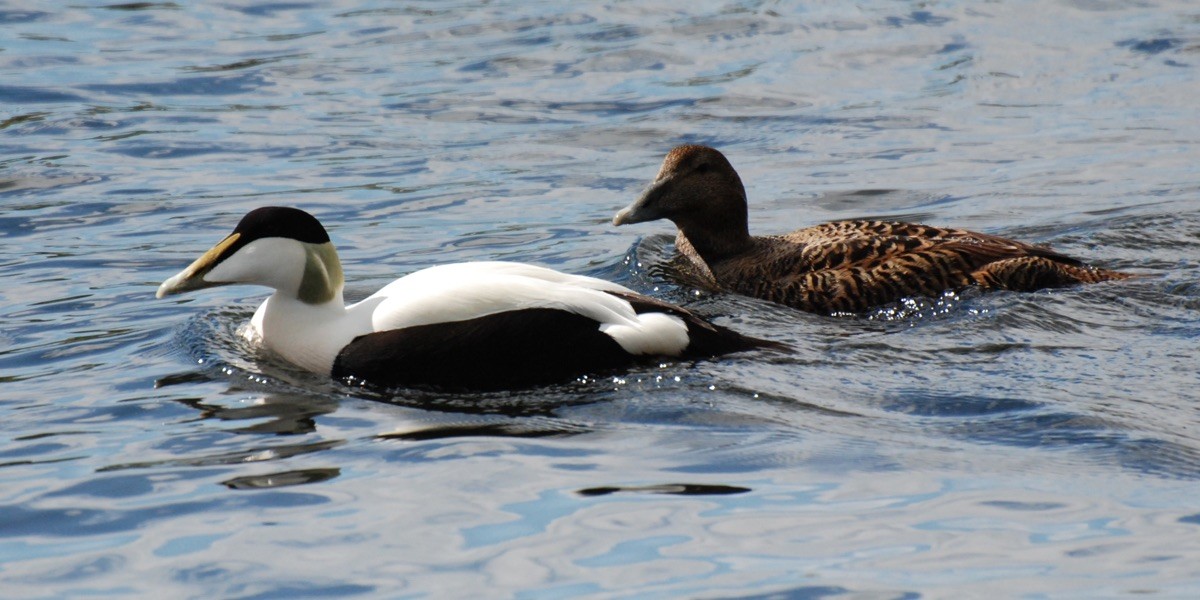 Higher temperatures in northern waters are not good for everyone. It affects the population of Common Eider in the region.
Read in Chinese | 阅读中文版Read in Russian | Читать по-русски

The Common Eider is a large species of diving ducks found along the entire coast of Norway, and there are fewer and fewer of them. The population has been in decline for several years, but scientists have been able to detect the reason for this. They know that mink and birds of prey are a growing problem for the adult Eider. And that birds like crows and large gulls eat their eggs, which of course can have negative effects on the population.

Now, scientists have found that warmer seas are a direct cause of the reduction in Eider stock.

Warmer seas are not a good thing

Researchers at the Norwegian Institute for Nature Research (NINA) at the Fram Centre in Tromsø have used population dynamics models to show that if two or more negative, but not individually lethal, influences (climate, predation and environmental toxins) works together they can lead to a decline in populations, and in the outermost consequence may result in extinction. The study is based on more than thirty years of data on seawater temperatures where the researchers linked this to the survival and investment in reproduction (number of eggs produced) in the Common Eider. The results were startling and a cause for concern.
«It turns out that mortality of adult eiders increases as surface temperature increases,» says Sveinn Are Hanssen at NINA.
In 2018 he published a study on the subject together with his colleagues Bård-Jørgen Bårdsen and Jan Ove Bustnes.

Researchers found the most powerful negative effect was the negative impact of sea temperatures (average for March) for the current year. However, the study also documented a delayed effect in that the mortality rate was also negatively related to sea temperatures 3 years earlier.
«It is difficult to conclude which mechanisms come into play, but a delayed effect indicates that the sea temperature has an indirect effect on the Eider and that warmer seas affect the birds through the food they eat, parasites and/or disease,» quotes Bård Jørgen Bårdsen.

The strongest effect on survival was the direct influence of sea temperatures (i.e. within the same year). The fact that the Common Eider is a hardier species living in Europe all the way from the Netherlands in the south to Svalbard and Franz Josef Land in the north makes it difficult to imagine that slightly warmer water can kill the birds. But one can imagine that warmer water is linked with other weather phenomena such as storms/hurricanes/polar low-pressure which in worst case can kill off the birds in winter. Scientists currently have no clear explanation for this, but it is something they should study in the future.
«These are exciting results regardless, which can provide new perspectives on the relationship between climate and other stressor factors and how they influence the survival of wild populations, which in turn can give us the tools to predict the effects of global warming,» quotes Sveinn Are Hanssen.