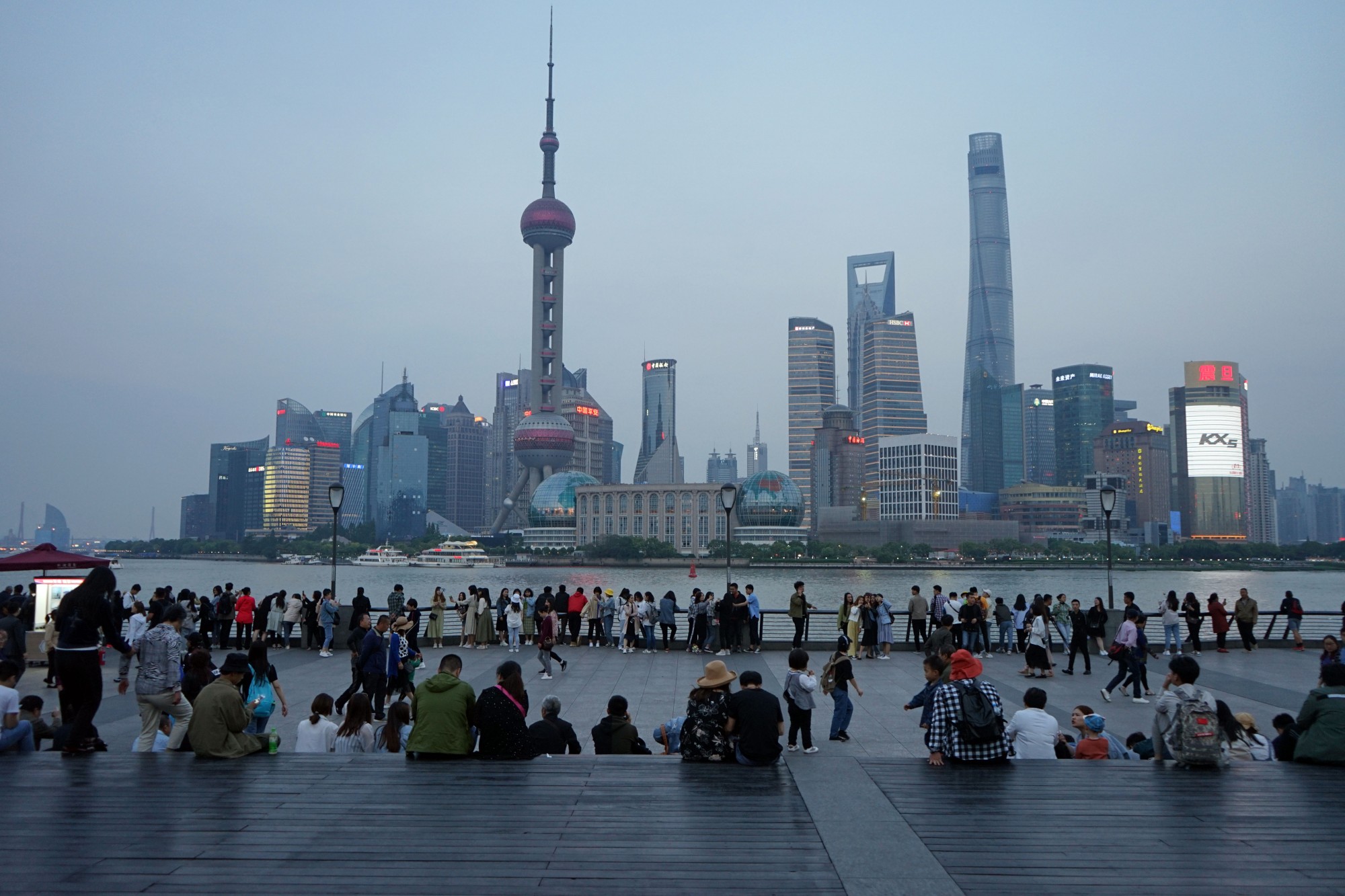 China’s claims to be a near-Arctic state is not all about a Polar Silk Road and access to natural resources, but as well a deep concern about raising sea levels as the Greenland ice sheet melts.
Read in Russian | Читать по-русски

The National Snow and Ice Data Center estimated that 55 billion tons of Greenland ice melted into the ocean during the unusual warm days between July 30 and August 2 this summer.

The news comes along with a growing awareness that sea levels may rise much faster than previously predicted by scientists.

For the 24 million people living in Shanghai that is very bad news.

This week, world leaders gather for the UN Climate Summit in New York to address the crisis. The summit is the most important since the 2015 Paris climate agreement on limiting global average warming to well below 2°C above pre-industrial levels.

Shanghai is one of several megacities in the world at high risk of being flooded if nothing is done to curb global warming.

A recent study warns sea level rise could be twice as bad as the upper limit outlined in the last report by the Intergovernmental Panel on Climate Change (IPPC).

“For a +2 °C temperature scenario consistent with the Paris Agreement, we obtain a median estimate of a 26 cm Sea Level Rise contribution by 2100, with a 95th percentile value of 81 cm,” the report reads.

With global temperatures increasing by 5 °C by 2100, sea levels could rise more than two meters, according to the scientists.

The IPPC estimates that a full melt of Greenland and Antarctica will release enough water to cause a sea level rise of 70 meters. That, however, is not at all a near-future scenario, but more worrying for mankind is the knowledge that only a few per cent melt would rewrite world maps, and especially so in East- and Southeast Asia.

China would then be among the countries most affected with more than 45 million people living in low-laying coastal cities like Shanghai, Hong Kong and Tianjin.

The potential catastrophic scenario was put on stage in Shanghai this spring when the Ministry of Natural Resources hosted the Arctic Circle China Forum.

Chief of the Ministry’s State Oceanic Administration, Wang Hong, said at the forum it is urgent to combat climate changes. “What happens in the Arctic is important for people in China.”

“The security of Shanghai in the future will be determined in the Arctic.”

Initiator to the Arctic Circle Forums, former Icelandic President Ólafur Ragnar Grimsson, made it clear: “The security of Shanghai in the future will be determined in the Arctic.”

He also placed it the other way around: “The future of the Arctic is determined by those not living in the Arctic, but in big cities like in China.”

China’s CO2 emissions are the largest in the world, ahead of both USA and EU, and are predicted to rise until 2030. Simultaneously, China is also ahead of many other nations in combating greenhouse gas emissions with a strong focus on renewable energy and electric vehicles.

Streets of Shanghai already see a vast majority of electric scooters. Battery cars and busses are normal. In 2018, 1,1 million electric vehicles were sold in China, more than the rest of the world combined.

Every week, 9,500 new electric buses take to the roads in China. That is equivalent to the entire fleet of buses in London.

The Polar Research Institute make plans for the work to be conducted at the country’s research bases, two in the Arctic and four in Antarctica. China established its Yellow River Station at Ny-Ålesund on Svalbard in 2003 and last year the China-Iceland Joint Arctic Science Observatory opened near Akureyri in the north of Iceland.

The institute is also responsible for the Arctic and Antarctica expeditions by the research icebreakers “Xue Long” and “Xue Long II”.  Both are this year sailing to the waters around Antarctica.

“Xue Long II” was handed over from the shipyard in July and is on her maiden voyage.

Director Yang Huigen makes clear that China’s concerns are not only about rising sea levels. “There is a clear linkage of Arctic sea ice retreat and weather changes in East Asia,” he tells.

“Statistics on Arctic sea ice and mid-latitude weather revealed that in association with Arctic sea ice in summer, East Asia may experience more frequent and intense events of extreme weather in winter.”

Other Arctic coastal nations, like Norway, Canada and the USA, are worried that Beijing positions itself for a future grab of the natural resources on the top of the world.

China’s recently published Arctic policy says non-Arctic states have rights in respect of scientific research, navigation, overflight, fishing, laying of submarine cables and pipelines in the Arctic Ocean, and rights to resource exploration and exploitation in the area, pursuant to treaties and international law.

At the Arctic Circle Forum, Wang Hong made it clear that China respects the sovereignty of Arctic nations, but wants to expand partnership with countries along what Beijing defines as the Polar Silk Road, one of the six silk roads within the Belt and Road initiative linking China with Europe through transport routes, infrastructure development, trading of natural resources and other areas of cooperation.

We will promote cultural and economic exchange, Wang said.

“Commercial shipping across the Arctic will first start when there is no ice at all in the summer periods.”

Melting sea ice, though, Captain Shen Quan on “Xue Long” says to the Barents Observer that commercial shipping on the Trans Arctic Route is many years into the future.

He has sailed “Xue Long” five times into the Arctic sea ice.

“The furthest north was at my fourth voyage when we reached 88 degrees 22 minutes, nearly to the North Pole,” he says.

Sea ice varies from year to year, and Shen Quan says that at his fifth expedition they only reached up to 85 degrees north.

The experienced captain does not believe commercial cargo voyages will be able to break the ice across the top of the world anytime soon.

“Commercial shipping across the Arctic will first start when there is no ice at all in the summer periods,” Shen Quan says.

Beijing’s Arctic Policy says what now happens up north has vital interests for states outside the region.

“The Arctic situation now goes beyond its original inter-Arctic States or regional nature, having a vital bearing on the interests of States outside the region and the interests of the international community as a whole, as well as on the survival, the development, and the shared future for mankind. It is an issue with global implications and international impacts.”

The summer of 2019 was the hottest on record in the Arctic and scientists warn this is just the beginning.

Fingers are crossed for successful results at the UN Climate Summit starting in New York on September 23.

Meanwhile, city authorities in Shanghai are preparing for the worst.

So far, 520 kilometers of protective seawalls are built across the Hangzhou bay, encircling the cities three islands Changzing, Hensha and Chingming. Also, mechanical gates are installed to regulate overflowing waters from rivers.

You can help us report about the climate crisis…