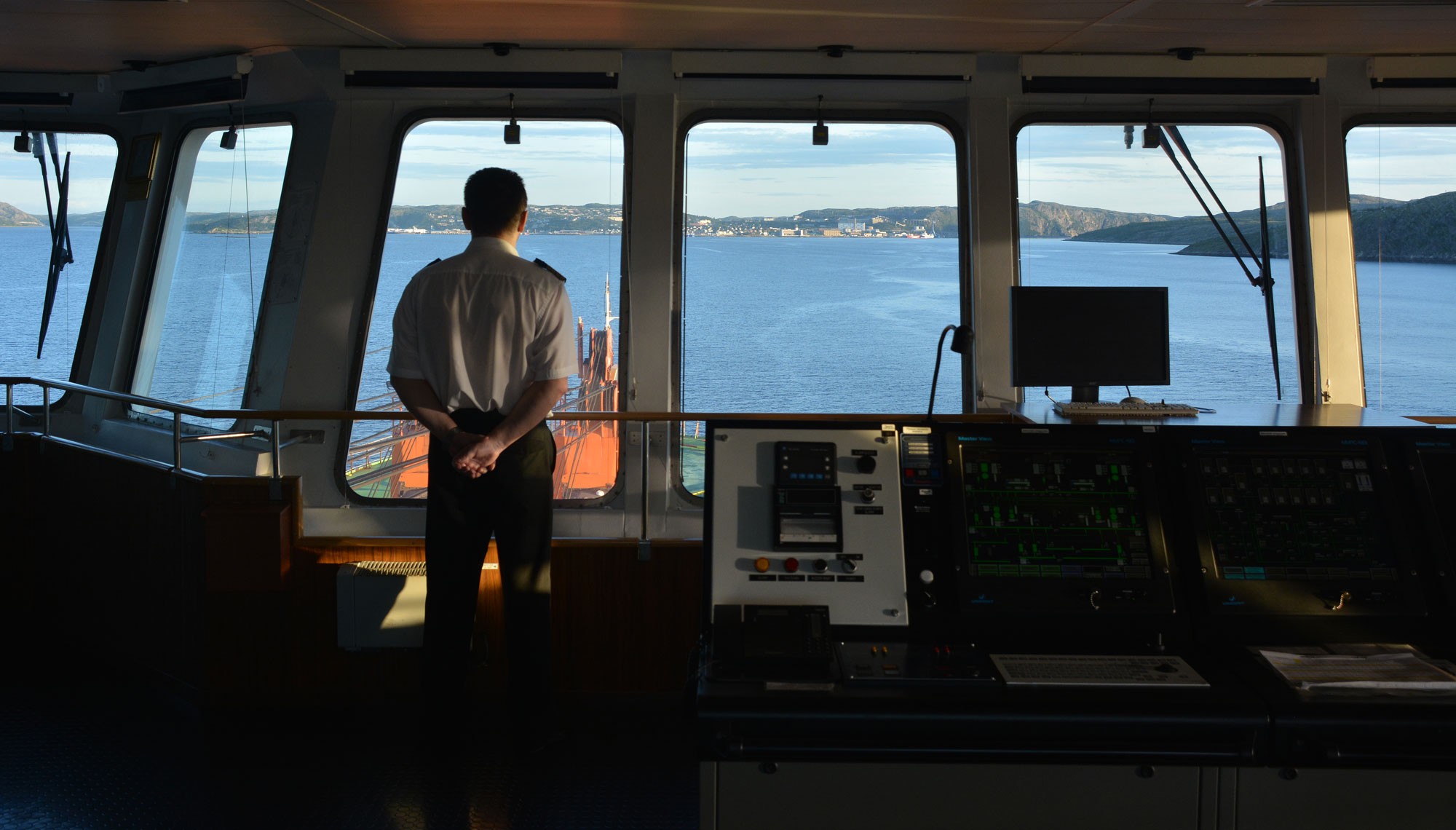 We welcome the projected development of a seaport on the Barents coast and a railway connection to Finland, a top leader of a Chinese shipping company says.
Read in Russian | Читать по-русски

It could turn northern Scandinavia into a logistical hub and open a new major trade corridor between Asia and Europe.

Project developers in northern Norway and Finland have continued to work for their grand infrastructure initiative despite negative signals from government officials in Oslo and Helsinki. In January 2019, a Finnish-Norwegian working group concluded that cargo volumes are too small to justify the building of a railway between the countries. «The project would not be commercially viable,» the working group report reads.

Local planners in the north refuse to give in. Politicians and businessmen from both Kirkenes and Rovaniemi, the two key towns in the project, have launched a lobbying campaign and traveled far in search of new friends. They have focused on China and found the patrons they were looking for, both in Chinese business and politics. Among them is Chen Feng, the General Director of COSCO’s Marketing and Sales Department.

During the recent Arctic Circle conference in Shanghai, China, Chen highlighted Kirkenes as one of his company’s potential priority spots in the Arctic. In a presentation delivered at the event, Chen mentioned Kirkenes, along with the Russian ports of Murmansk, Sabetta and Dudinka, as possible destinations for COSCO’s Arctic voyages.

Time is the essence, Chen underlined and made clear that shipping along the Northern Sea Route is viewed with growing interest by his company. COSCO intends to send «several ships» along the Arctic seaway in 2019.

So far, the shipments have had an experimental character. But that could change. Quick melting of Arctic ice and the building of new and more powerful icebreakers will gradually open previously inaccessible waters.

«It would be welcomed by shipping companies,» Chen underlined in a comment on the projected Kirkenes seaport and rail connection to Roveniemi, Finland. According to the company representative, a new port in Kirkenes could serve not only transit trade between Asia and Europe, but also be an important support base for shipping companies operating in the Arctic.

The general director also underlined that the new infrastructure would be of benefit for industry in the region.

«There is a lot of new industry developing in the Arctic region,» Chen said and referred to projects in northern Finland, including a new pulp mill.

«If there would be a railway between Rovaniemi and Kirkenes, then Kirkenes would be a gateway for those products from Finland and to somewhere far east.». He admitted, however, that he needs to study the project in more detail.

It is music in the ears of local Kirkenes town Mayor Rune Rafaelsen, who is devoting great time and effort to see the project through.

We are going all in, Rafealsen makes clear to the Barents Observer.

The Kirkenes Mayor underlines that «things are moving forward quickly in the port project» and that he is doing whatever he can to «keep it warm.»

Rafaelsen says he is soon on his way to meet with representatives of CCCC, the Chinese state communications and construction company that recently opened an office in Oslo.

According to Rafaelsen, countries such as South Korea, Japan and China play decisive roles in the making the projected Kirkenes infrastructure become real. The town mayor has himself for several years nursed close relations with Chinese business and public administration, and his municipality of Sør-Varanger in early 2018 signed a cooperation agreement with the Chinese city of Harbin. The following year, the local Kirkenes downtown was transformed to «the world’s northernmost Chinatown» in a stunt staged as part of an annual local winter festival.

The mayor has been twice in China this year, and both times he and his delegations paid visits to the town of Yingkou. Both trips were made together with local businessman Rune Ulvang.

Judging from Ulvang, this Chinese port town is about to partner with Kirkenes in port developments.

«Preparing final steps for contract with Yingkou harbor,» Ulvang announced on Facebook on 10th May.

In a comment to the Barents Observer, the local businessman says that the agreement signed first of all includes shipping of frozen fish on the Northern Sea Route, but that it also aims at other kinds of commodities. The deal is about logistics, not port development, Ulvang underlines. At the same time, Kirkenes will need to develop a new port if Arctic transit shipments with the Chinese are to pick pace, he makes clear.

The Kirkenes businessman has over many years made himself a name as leading business developer in Kirkenes and his interests cover sectors like real estate, tourism and lately also infrastructure projects. He has been a frequent traveler to China and was part of the Norwegian state visit to the country in 2018. In May this year he was sitting around the table as Li Zhanshu, a top Chinese Communist Party representative, visited Norway along with 26 Chinese business leaders.

Also the Tschudi Group has itself been repeatedly been in China. Tschudi plays a powerful role in the small northern municipality as it owns the Sydvaranger iron mine, as well as major land areas.

Jon Edvard Sundnes is CEO of the company and confirms that there is contact with the Chinese. «Yes, we are talking with them, but also with many others,» he told the Barents Observer. According to Sundnes, it is «very natural» for the company to engage with the Chinese and that it is «always open for dialogue».

The latest engagements with China have coincided with a heated local debate about the location of the projected new Kirkenes seaport. Town authorities in 2017 decided that the facility was to be situated outside Kirkenes town in the so-called Høybukta Vest area. In May 2019, the politicians back-tracked, arguing that investments would be too high, and instead decided to move the projected infrastructure object back into town, to a smaller area owned by Tschudi Shipping.

According to Jon Edvard Sundnes, Tschudi Group has 1 square kilometer of suitable areas at hand and that this is big enough for a major new port. «We have been ready to develop this for years,» he underlines.

A railway connection to Finland is a central part of the grand Arctic plan. And it is the Finnish side that has been the strongest driver of the project. Amid massive opposition from indigenous interests in the north of the country, the Finnish Ministry of Transport has forged ahead with project planning, not only on national level, but also in Brussels and the EU. In 2016, the Finnish government successfully managed to incorporate a mention about the need for new infrastructure to the Arctic Ocean in the EU’s Arctic Policy document.

The railway connection between Rovaniemi and Kirkenes could turn Finland into a key logistical hub for trade between Europe and Asia, the planners in Helsinki argue. They have the support from several powerful business people. Among them is Petter Vasterbacka, the man most known for his successful development of gaming company Rovio.

Lately, Vasterbacka has worked intensively with the development of a tunnel between Helsinki and Tallinn and in March reportedly secured a €15 billion investment to the project. Soon afterwards, his company Finest Bay Area Development Oy signed a memorandum of understanding with Sør-Varanger Utvikling, a local publicly owned Norwegian development company.

«Finest Bay Area Development OY and Sør-Varanger Utvikling AS want to facilitate and build momentum in the development of the Northern Sea Route by offering a modern railway connection from Finland to a new big port in Kirkenes,» the two companies say in a joint statement.

In a presentation made in Kirkenes in February this year, Vasterbacka highlighted the relevance of the Helsinki-Tallinn connection for the Rovaniemi-Kirkenes railway. If both projects are built, goods can be transported efficiently between Central Europe and the Arctic coast, and further to and from Asian markets, Vasterbacka argues.

It is the melting of Arctic sea ice and the opening of shipping routes along Russia’s Arctic coast that is a key underlying driver behind the Kirkenes port and railway plans.

Shipping on the Northern Sea Route is experiencing explosive growth and Russia is building new more powerful icebreakers that will be able to open year-round shipping lanes even across the most troubled waters of the Laptev and East Siberian Seas.

Among the companies that are preparing for the development is Novatek that ultimately intends to export many million tons of LNG per year across the NSR and to Asian markets. By year 2023, the company will have a major trans-shipment hub in Kamchatka that will handle LNG from Yamal and the other Arctic LNG projects.

With icebreaker assistance, LNG carriers will frequently shuttle in convoys between east and west across the Russian Arctic. And more ships could easily join those convoys. Among them the container ships of COSCO.

«We are following the situation in the region very closely,» Norwegian Minister of Transport Jon Georg Dale told the Barents Observer during a recent visit to Kirkenes.

In the Kirkenes Conference in February this year, State Secretary of Foreign Affairs Matti Anttonen made clear that the railway project is far from dead.

«Railways and other infrastructure is made for a purpose and I think that we are still in a very early phase of this development,» Anttonen told the Barents Observer. «To say that this will never happen, is a bit wrong I believe, and the idea that it has been killed forever would be a bit premature.»

Anttonen refers the current quick changes in the region.

«The Yamal LNG started last year and people have not really understood what is going to happen in the north,» the state secretary says. «If already in five-ten years time from now it will be possible to use the northeast passage for up to six months of the year, the transportation world will look different.»

«I think that we will be much wiser in a few years time.»

… We hope you like to read our articles.
For 16 years, the Barents Observer has provided serious, fact-based stories about life and developments in the North. Please help us to strengthen our independent journalism. Get engaged, give a small donation. Thank you