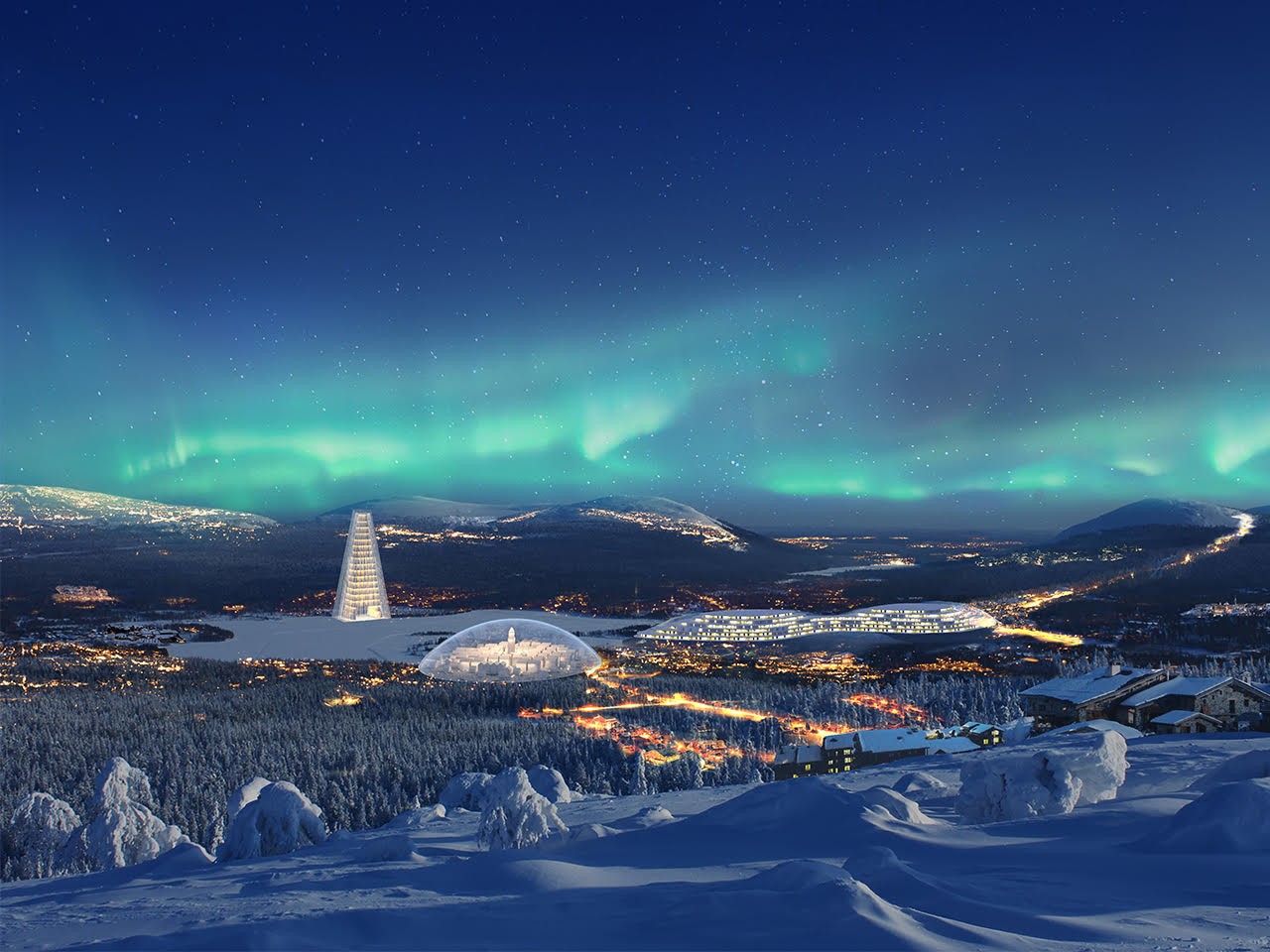 Investments could be about one billion euros and the complex would need 10.000 employees. The massive plan for what will be the northernmost theme park in the world is taking shape with global investors.

«On 19th of June, we achieved an important milestone for the project; we signed the letter of intent of the lease agreement,» says Chief Operating Officer Kimi Siitari to the Barents Observer. The deal, valid for the next 50 years, was signed with Metsähallitus, Finland’s state-owned enterprise responsible for the management of public land areas.

Named Republic of Santa Claus, the theme park will come inside the Arctic Circle in Finnish Lapland, some 20 kilometers northeast of Rovaniemi. The city which for decades has marketed itself as Santa’s hometown is already receiving hundreds of charter flights every December with tens of thousands of visitors from all around Europe eager to enjoy snow, boreal nature forest, northern lights and a visit to Santa Claus in his artificial village built directly on the Arctic Circle.

Snow, cold and wild Arctic nature is about to become one of the new megatrends in international tourism.

«We have negotiated with a number of potential investors around the world, locals and foreigners,» says Siitari. He, however, will not detail company names or nationalities, but tells that they are Americans, Europeans and Asians.

«The whole project has been divided into the number of smaller projects, so there will be multiple investors with different backgrounds and focus points,» Kimi Siitari says.

The theme park will be divided into three different sections. One is devoted to Christmas itself with culture and stories from different nations flavored with spectacular building cultures.

The second section is the giant snow globe, a transparent dome covering and area of 25-30.000 square meters, including hundreds of small iconic townhouses offering hotel rooms and restaurants. Like the little toy Christmas dome everyone knows from their childhood, also this one will provide round-the-year artificial snowfall and even northern lights.

Third section in the theme park focuses on health and wellness, with a spa hotel and what is said to be the world’s biggest sauna village. Arctic food and local berries will be served.

«We have counted that through our service we would be able to handle 10 million visitors annually.»

That is in numbers something never seen before anywhere in Scandinavia or the circumpolar Arctic.

In comprising, Tivoli in Copenhagen had 4.6 million visitors in 2017 and Disneyland Paris had 14.8 million. The existing Santa Claus village in Rovaniemi has about 90.000 visitors per year.

Rovaniemi with its 60.000 residents is gaining from the fast growing popularity of winter tourism. Growth in Airbnb has been rapid with more than 500 short-term lodging options. New hotels are coming every year, and plans for even more exist.

Building the new theme park, though, will boost the growth in Rovaniemi to a level seldom seen in the European north.

The theme park itself would need employees directly 10.000 and indirectly 20.000, part-time and full-time workers, season and year-round workers.

In the circumpolar north, it is only Novatek’s Yamal LNG and Nornickel’s smelters in Norilsk that will have more private sector employees than the new tourist winter park in Rovaniemi.

The entrepreneurs behind the project estimate it to increase Finland’s overall tourism revenue by €4 billion. It will bring more visitors to Finland and those coming will stay longer.

In times of climate changes, frost and snow are becoming more and more exclusive. The snow-dusted woodlands of northern Finland offers dog sledding, skiing, ice-igloo cabins and even a ride in Santa’s sledge pulled by reindeer.

Last Christmas season was all time high, with 677 charter flights coming to the airports in Lapland. Additionally are seasonal scheduled winter flights from European hubs like München, Frankfurt, Düsseldorf, Zürich, London and Paris.

Kimi Siitari says tourists could enter the Republic of Santa Claus onboard a monorail. There won’t be any cars inside the boundaries.

«At this point, we have been planning the monorail connection between Rovaniemi airport and the existing Santa Claus village to the new area.» Siitari adds that they also would like to see the city of Rovaniemi to be one of the stops too.

Kimi Siitari doesn’t want to be too specific on the project’s time-frame.

«The timetable is not depending on us only. Our government authorities’ decisions, required studies, planning phases etc, are all affecting the final timetable. Therefore, we are not able to give you any specific schedule for the theme park grand opening yet.»

Although the theme park will be the most visible part in the beginning, it is only a part of a massive project.

«The main attraction will be the purity of our nature. The Republic of Santa Claus will be a showroom of everything that is needed that our future generations are able to enjoy the beauty of nature. This is a value-based project,» Kimi Siitari underlines.