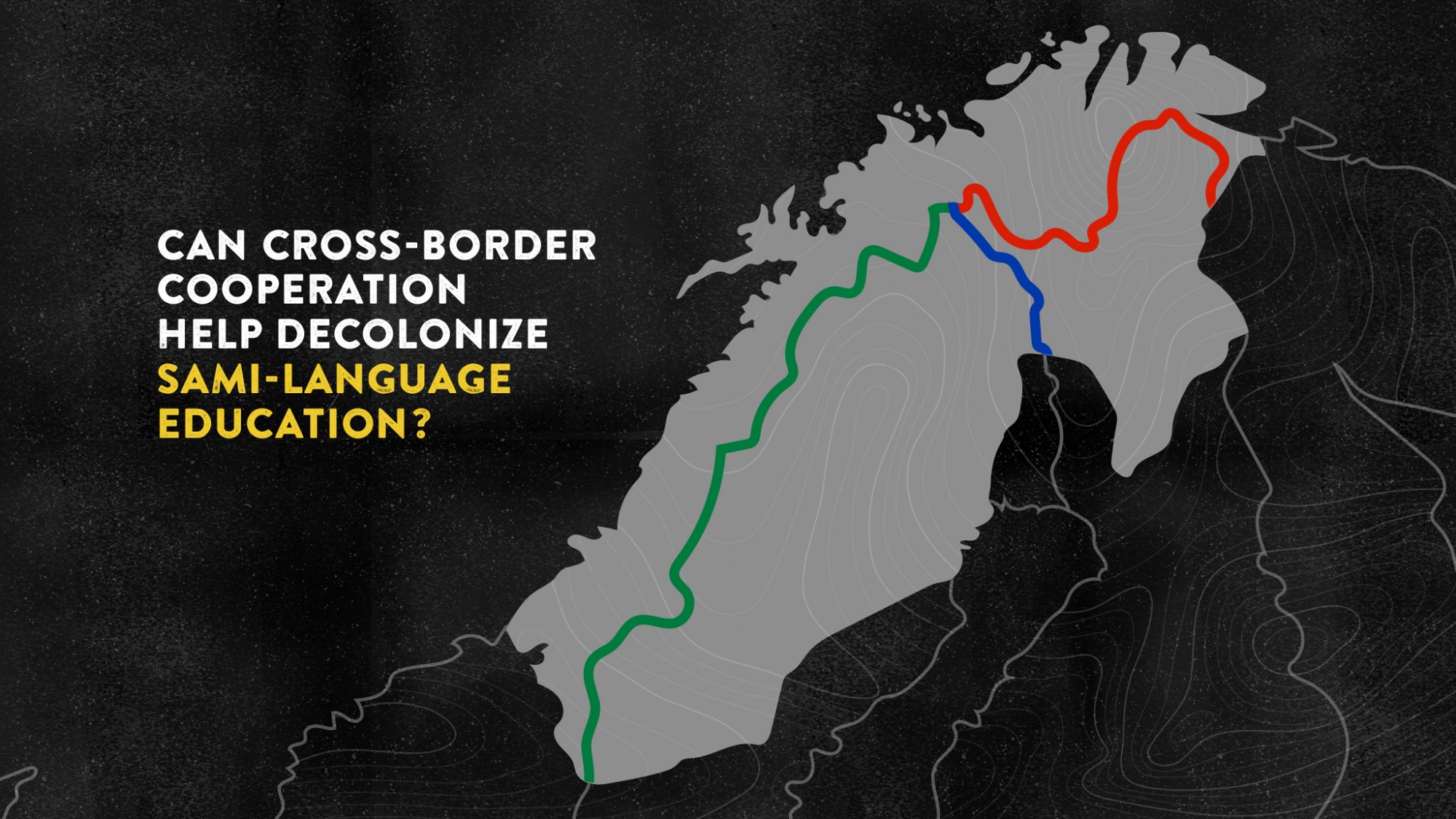 KIRUNA, Sweden - An ambitious project to transform early childhood education for Sami children in Norway, Finland and Sweden, is getting underway, with authorities in Norway currently selecting the first nine preschools to pilot the project.

Since then, representatives from the Sami parliaments in the three countries have been working together to completely change the way early childhood education is delivered both in terms of content and ways of teaching.

“The main goal of this project is to go back to the beginning and define: What is the Sami way of education?,” says Ol-Johan Sikku, project leader at the Sami Parliament in Norway. “Because no one has answered that yet, that’s what we’re working to define. Because once it is, and we know how Sami children are best taught, it will reinforce everything from culture and traditional knowledge to language.

“And that’s so important because now, no matter what country we’re in, our children are educated in a dominant culture that’s not our own.

Colonial policies in Sweden, Finland, Norway and Russia often involved the education system and church discouraging or actively suppressing Sami languages and culture and forcibly assimilating Sami children into the dominant culture, something that continues to negatively impact Sami languages and education today. (Sami from Russia aren’t currently involved in the SaMOS project because of political barriers to cooperation.)

There are numerous Sami languages and dialects spoken across the Sami homeland but according to UNESCO, all are in danger. Their classifications range from “definitely endangered” for North Sami, the most widely spoken Sami language with most estimations averaging around 25,000 speakers; to “critically endangered” for Pite Sami which is now extinct in Norway but is believed to still have around 30 speakers in Sweden. 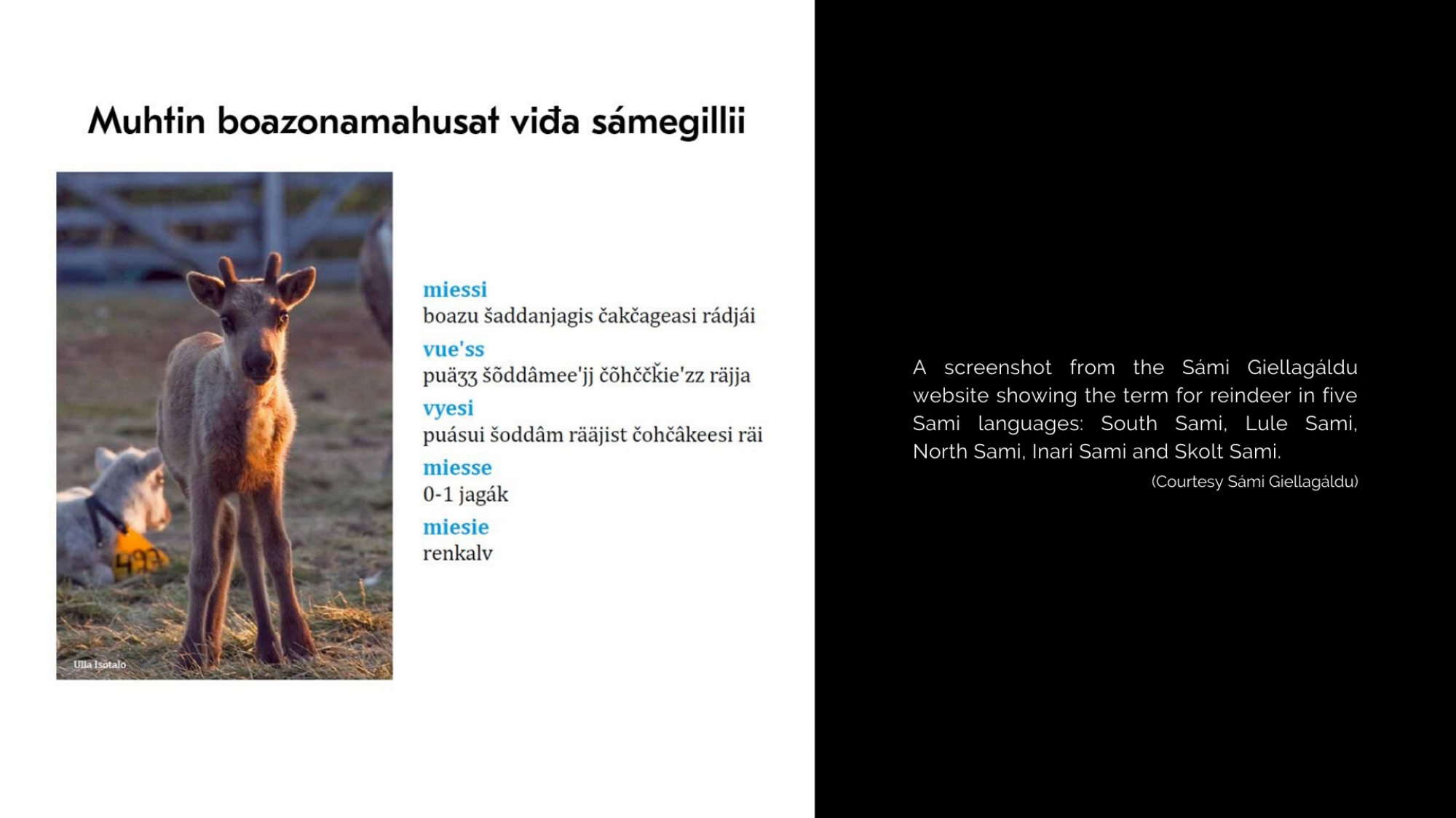 The Sami Parliaments in Norway, Finland, and Sweden say working on Sami early childhood education is an important building block to push back the erosion of Sami language and culture by the dominant cultures in their respective countries.

Over the next three years, researchers, Sami educators and language experts involved in the SaMOS project will experiment with having Sami language and traditional culture be the main organizing principle of pre-school education and finding a way to codify the instruction so that it’s less dependent on an individual teacher’s own expertise and interest and can be easily transferred from context to context.

It’s hoped that the new pedagogy created at the end of the project will guide teachers as well as allowing local teaching authorities to modify the curriculum to reflect the particular Sami culture the children are from.

Those working on SaMOS say this will also help reinforce Sami language acquisition as the Norwegian, Finnish and Swedish languages don’t have the vocabulary or concepts necessary to adequately convey Sami culture and traditions.

“The local culture is really important because each of them can all have different kinds of knowledge, and language is used to convey that,” Sikku says. “If you’re from a reindeer herding area you will have a different kind of knowledge and more words for describing reindeer herding, than if you’ve grown up next to the ocean where there is more knowledge about the sea and fishing and more vocabulary around that.”

The Norwegian government is funding the project with 4-million krone a year ($576,000 CDN) which is why the pilot schools are all being chosen in Norway. The Sami parliaments in Finland and Sweden are currently applying for EU funding to enable them to pilot the program in their countries as well. 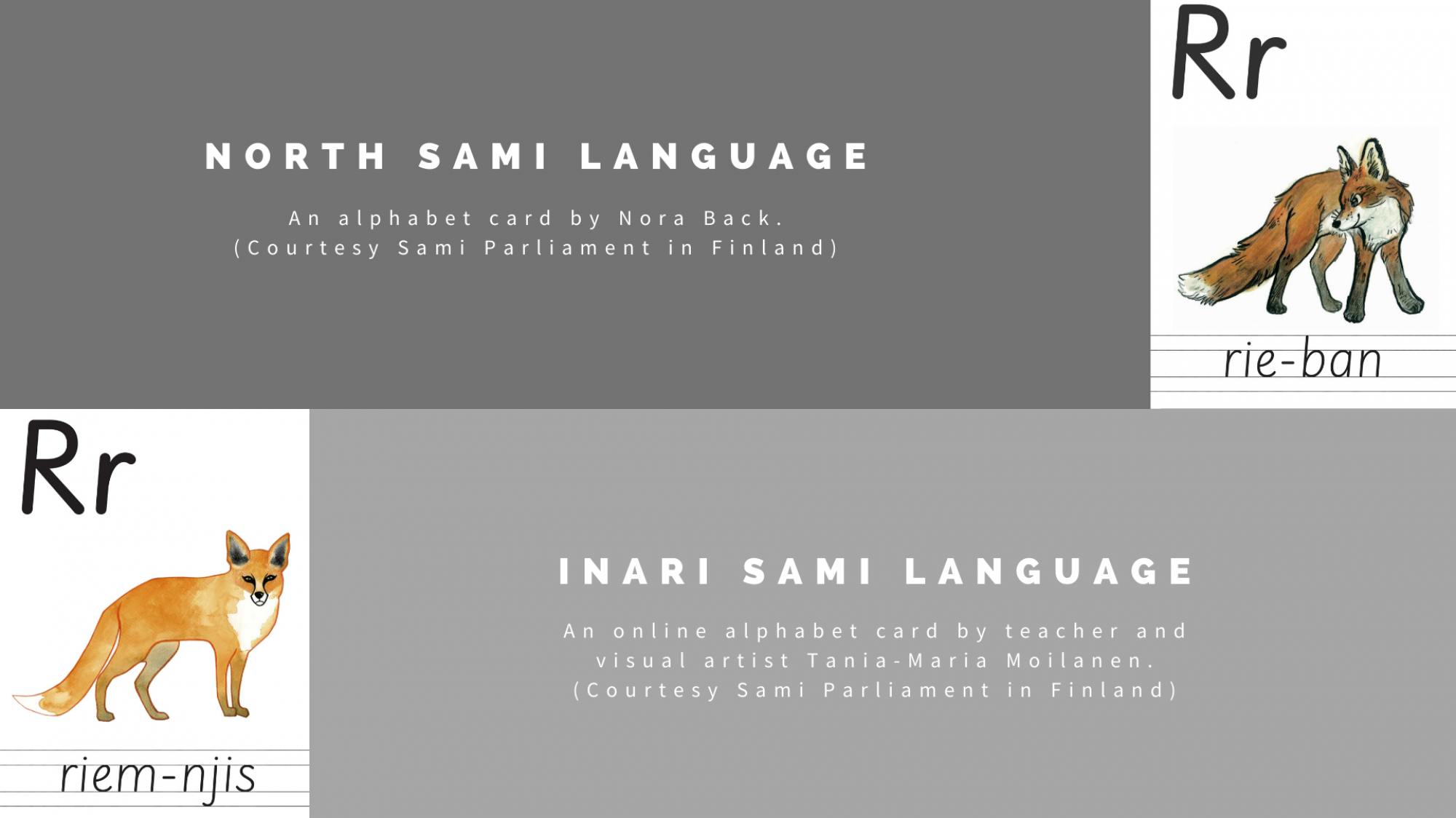 A YouTube video, teaching the alphabet through a child’s interaction with everyday objects.

Ulla Aikio-Puoskari, secretary of education policy at the Sami Parliament in Finland, says a common cross-border approach can also help dismantle the barriers created by Swedish, Norwegian, Finnish and Russian borders that have split up the Sami homeland.

“Strengthening cooperation across borders is also strengthening our common cause,” Aikio-Puoskari says.

“It can be a challenge because the national frameworks in Finland, Sweden and Norway are all different. But the borders don’t change the fact that we are one people and that it is only natural that we work together. Because if we don’t, our languages and culture will diverge or disappear over time. Working together really strengthens our activities in each country.”

Those working on the SaMOS project also say their cooperation can help pool the expertise and strengths of the different Sami regions.

“In Sweden, basically what we see is that we don’t have enough resources to maintain and evolve Sami language and education,” says Lars Miguel Utsi, chair of the language board and vice-president of the Sami Parliament in Sweden.

“That’s why working across borders to change the preschool systems, so they’ll provide better Sami education for the children, and allow the children to go to pre-schools with a Sami context, is so important. Getting these changes done in all of Sapmi at the same time, instead of doing them separately, we can make better use of all our resources.”

Sikku says he has little time for naysayers who say Indigneous Sami children are better taught by the Norwegian, Finnish or Swedish curriculum and pedagogy in order to be prepared for life in the dominant society.

“Our children don’t need early-childhood education in the dominant culture, because they are surrounded by it all day and every day and will be for their whole lives,” he says.

Sikku says after the pilot school selection is completed they will spend the next three years refining the pedagogy. After that, he says the next steps will be getting the national and regional educational systems to sign off on it.

“These educational structures have been there a long time. They are like, ruling now, so they will have to accept this is changing. And even if some people are personally open to these new ideas, they still work in those same old structures. But you have to break that down and take on the challenge.

“The results for our children are worth it.”