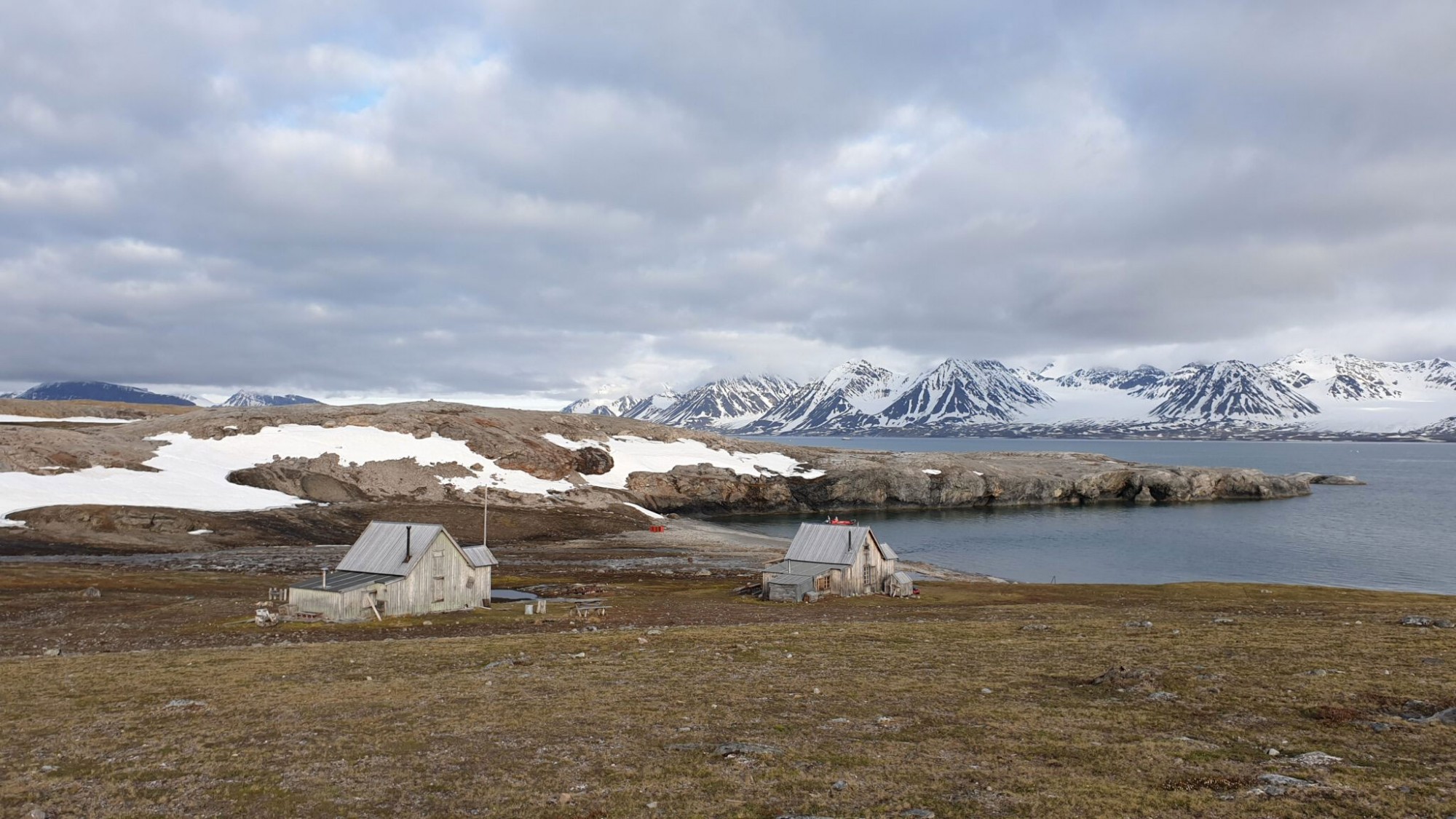 Carbon emissions have made the world a greener place, which has a cooling effect – but it’s not enough

Blomstrandhalvøya (Flower beach peninsula), 78°50’ N, was seen as a peninsula, connected to Spitsbergen by a glazier. Glacier melting has turned the peninsula into an island, and slowly it is getting greener. Svalbard has seen a 30% increase in greenness concurrent with about 4 degrees increase in mean summer temperature between 1986 and 2015.

Satellite data and models show global warming could be 25% higher were it not for the carbon trapping and cooling effect of a greening Earth during the past 40 years.

—A new study reports continued climate-altering carbon emissions and intensive land use have inadvertently greened half of the Earth’s vegetated lands. Green leaves convert sunlight to sugars, thus providing food, fiber and fuel, while replacing carbon dioxide (CO2) in the air with water. The removal of heat-trapping CO2 and wetting of air cools the Earth’s surface. Global greening since the early 1980s may have thus reduced global warming, possibly by as much as 0.25oC, reports the study “Characteristics, drivers and feedbacks of global greening” published in the inaugural issue of the journal Nature Reviews Earth and Environment. Two of the authors, Dr. Jarle W. Bjerke and Dr. Hans Tømmervik works at Norwegian Institute for Nature Research at the Fram Centre in Tromsø, Norway.

This comprehensive study is based on a review of over 250 published articles and new results from multiple satellites, model studies and field observations to detail the geography, causes and consequences of global greening. “This phenomenal greening, together with global warming, sea-level rise and sea-ice decline, represents highly credible evidence of anthropogenic climate change” said lead authors Shilong Piao and Xuhui Wang of the Sino-French Institute for Earth System Science in the College of Urban and Environmental Sciences at Peking University, PRC.

Greening of the Arctic

Near-daily observations since the early 1980s from NASA and NOAA satellites reveal vast expanses of the Earth’s vegetated lands from the Arctic to the temperate latitudes exhibiting vigorous greening tendencies, as previously reported by Prof. Ranga Myneni and his PhD students, Taejin Park and Chi Chen, of Boston University, USA. Notably, the NASA MODIS sensors observed pronounced greening during the 21st century in the most populous and developing countries, China and India. Even regions far, far removed from human reach have not escaped global warming and greening. “Svalbard in the high-arctic, for example, has seen a 30% increase in greenness concurrent with about 4 degrees increase in mean summer temperature between 1986 and 2015” said co-author Dr. Rama Nemani of NASA’s Ames Research Center, USA.

The reasons for global greening vary – intensive use of land for farming, large-scale planting of trees, a warmer and wetter northly clime, re-wilding of abandoned lands, recovery from past disturbances – but is chiefly due to CO2 fertilization.

“It is ironic that the very same carbon emissions responsible for harmful changes to climate are also fertilizing plant growth, which in turn is somewhat moderating global warming”

We have to stop deforestation

Carbon emissions from fossil fuel use and tropical deforestation added 160 ppm of CO2 to the atmosphere during the past 40 years. About 40 ppm of which was passively absorbed by the oceans and another 50 ppm, actively, by plants. The 70 ppm remaining in the atmosphere, together with other greenhouse gases, is responsible for the observed 1oC warming since the early 1980s. “Plants are actively defending against the dangers of carbon pollution by not only sequestering carbon on land, but also by wetting the atmosphere through transpiration of ground water and evaporation of precipitation intercepted by their bodies” said co-author Dr. Philippe Ciais, associate director of the Laboratory of Climate and Environmental Sciences, Gif-sur-Yvette, France. Headded “stopping deforestation and sustainable, ecologically sensible afforestation could be one of the simplest and cost-effective, though not sufficient, defenses against climate change.”

Dr. Hans Tømmervik of the Norwegian Institute for Nature Research came with a cautionary note for high northern regions “in the cool regions of the World, afforestation programs may, however, instigate local warming by reducing the reflectivity of solar radiation back to the atmosphere, and also contribute to increased release of carbon stored in soils; therefore low-stature boreal-arctic vegetation should be kept intact and soil layers should not be disturbed”.