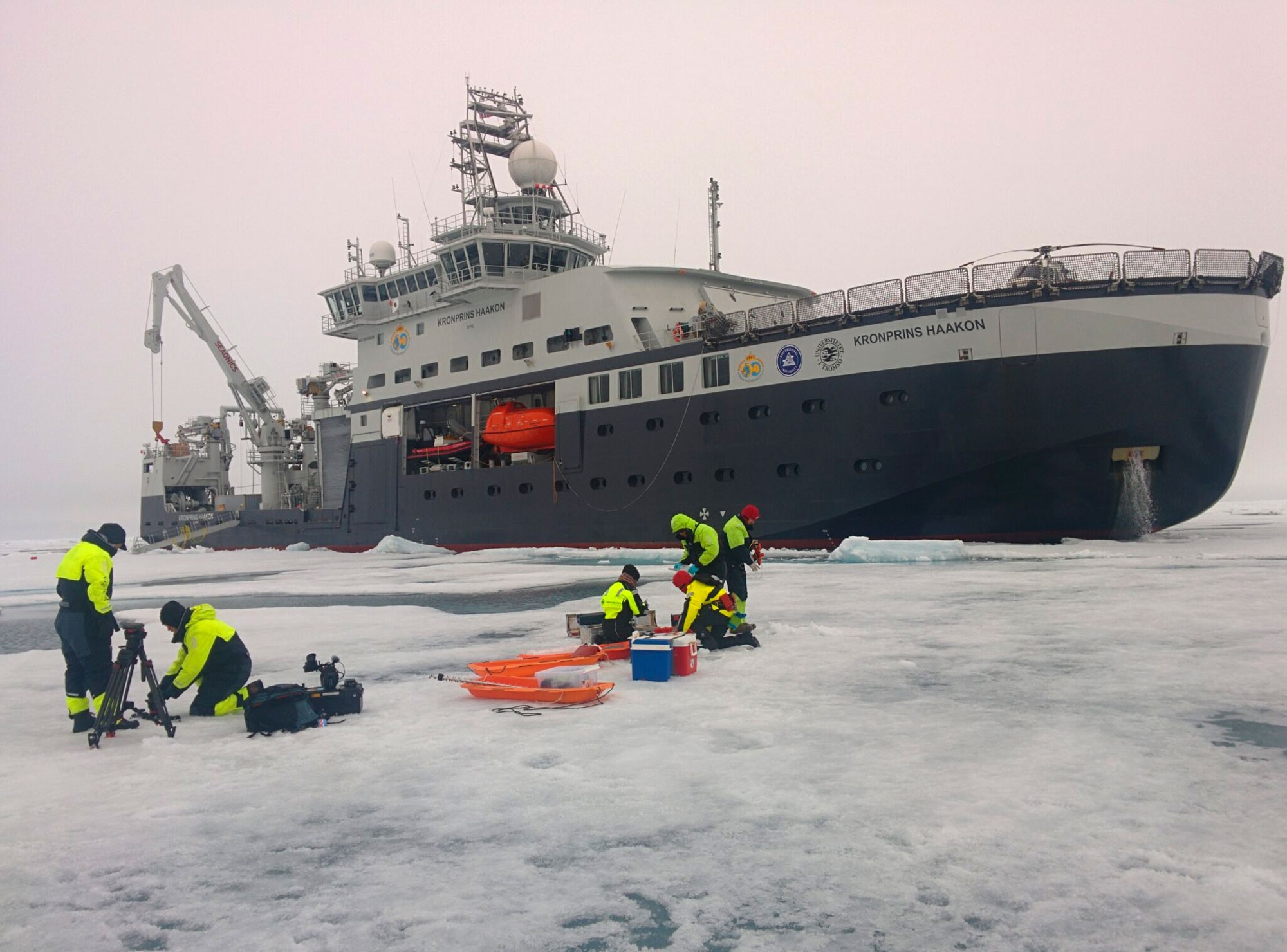 Fridtjof Nansen set out to explore the Arctic Ocean with the research vessel Fram 126 years ago. His team of explorers and scientists returned from the ice three years later with new knowledge that changed our concepts and understanding of the Arctic Ocean, and made the Arctic part of Norwegian identity.

Today, the Arctic that Nansen explored is in many ways gone. The retreating Arctic sea ice is an unmistakable indicator of a changing climate. Satellite observations document and visualise how sea ice is shrinking and thinning, how it begins melting earlier in spring and how autumn freeze-up is delayed. The northern Barents Sea and the adjacent Arctic stand out as a region where change is omnipresent in the physical environment, and responses in living Barents Sea ecosystems have already been observed.

A rapidly changing Arctic prompts research questions of tremendous intellectual, empirical and logistical complexity, with direct implications for management of Norway’s marine resources and international obligations. All this change calls for a new form of scientific collaboration and commitment.

New knowledge about this new Arctic is urgently needed. From a vision of increased collaboration conceived by the Norwegian Academy of Sciences and Letters in 2011, grew the ambition of a major national Arctic research effort. The project – the Nansen Legacy – has just started its six-year scientific journey to reveal the secrets of the new emerging Arctic.

Since the project’s dimensions and ambitions went far beyond any existing funding scheme, a new funding framework and structure had to be developed. This was done in close collaboration between the Norwegian Ministry of Education and Research, the Research Council of Norway, and the institutions involved. A cornerstone is to optimise the use of available infrastructure and focus governmental basic funding towards a common scientific goal. The project also contributes towards educating a new generation of polar researchers, and benefits from the timely arrival of RV Kronprins Haakon, Norway’s new ice-breaking research vessel.

The Arctic has changed substantially in recent decades. Changes in temperature, sea ice, water masses, habitats, and ecosystem processes are pronounced in the marine environment. Processes leading to the changes are interconnected, some in complex ways involving feedbacks and non-linearity. A key challenge is that the “new Arctic” functions differently from the Arctic we used to deal with. As an example, Arctic sea ice has generally become much younger. First-year sea ice differs from older ice types in terms of energy fluxes, mechanical properties and habitat functions. This illustrates that change in one component can affect the Arctic system in general.

Despite a recent increase in direct observations in the Arctic, there are still large gaps in time and space. For example, the Arctic winter – the polar night – remains largely unexplored.

The way to increased understanding

The living Barents Sea is at the heart of the Nansen Legacy. To understand an ecosystem and its dynamics, it is crucial to have knowledge about the biological communities and the food webs, the interactions between organisms, their growth rates and productivity. Organisms also depend on their physical and chemical environments – which are now changing in many ways. A major challenge is, therefore, to understand how multiple stressors like increased temperature, acidification and contaminants together impact organisms, and how a longer ice-free season or new food items alter the food web and impact the living Barents Sea. New technology, such as autonomous vehicles, can help us observe habitats in detail under the ice, cover larger regions and provide synoptic measurements, thus improving our observational capability and data quality.

Zooming in and scoping out

Following the retreating sea ice poleward is fundamentally about being able to zoom in and scope out at the same time: to see what happens locally in the present hotspot of the Barents Sea, and relate this coherently to present and future environmental change, within the Arctic and beyond. The Nansen Legacy will: 1) observe, in the field, what largely has not been observed before; 2) relate the living Barents Sea influx to the incomplete Arctic “ground truth” that can be determined from present knowledge; and 3) estimate present and future climate and ecosystem states using theory, computer models, and statistical considerations.

Models, when adequate, link and synthesise incomplete observations in space and time through modelled cause-and-effect. The observational basis – the information collected in the real world – informs models and contributes to their improvement; models place incomplete observations in a consistent context. Examples during the first year of the Nansen Legacy include: the improvement of weather forecasting by better consideration of the actual state of the sea ice cover; the statistical prediction of Barents Sea cod stock into the 2020s from the presently observed state of the ocean; and reconstruction of sea ice and ocean climate states from sediment cores at the ocean floor, revealing changes over the last 10 000 years.

In the spirit of Fridtjof Nansen, who set out to understand the Arctic Ocean and how it connects across the Arctic and to lower latitudes, the Nansen Legacy will contribute extensive new knowledge to scope out, integrate and connect the Barents Sea and the adjacent Arctic Ocean to the entire Arctic. The new data, observational systems, improved models and future scenarios on the new Arctic the project provides will enable future sustainable management.

The Nansen Legacy exemplifies how innovative research and science organisation can address knowledge gaps and foster a new generation of polar researchers – trained across disciplines, institutions and nations – providing the competence we need to handle the new Arctic future.