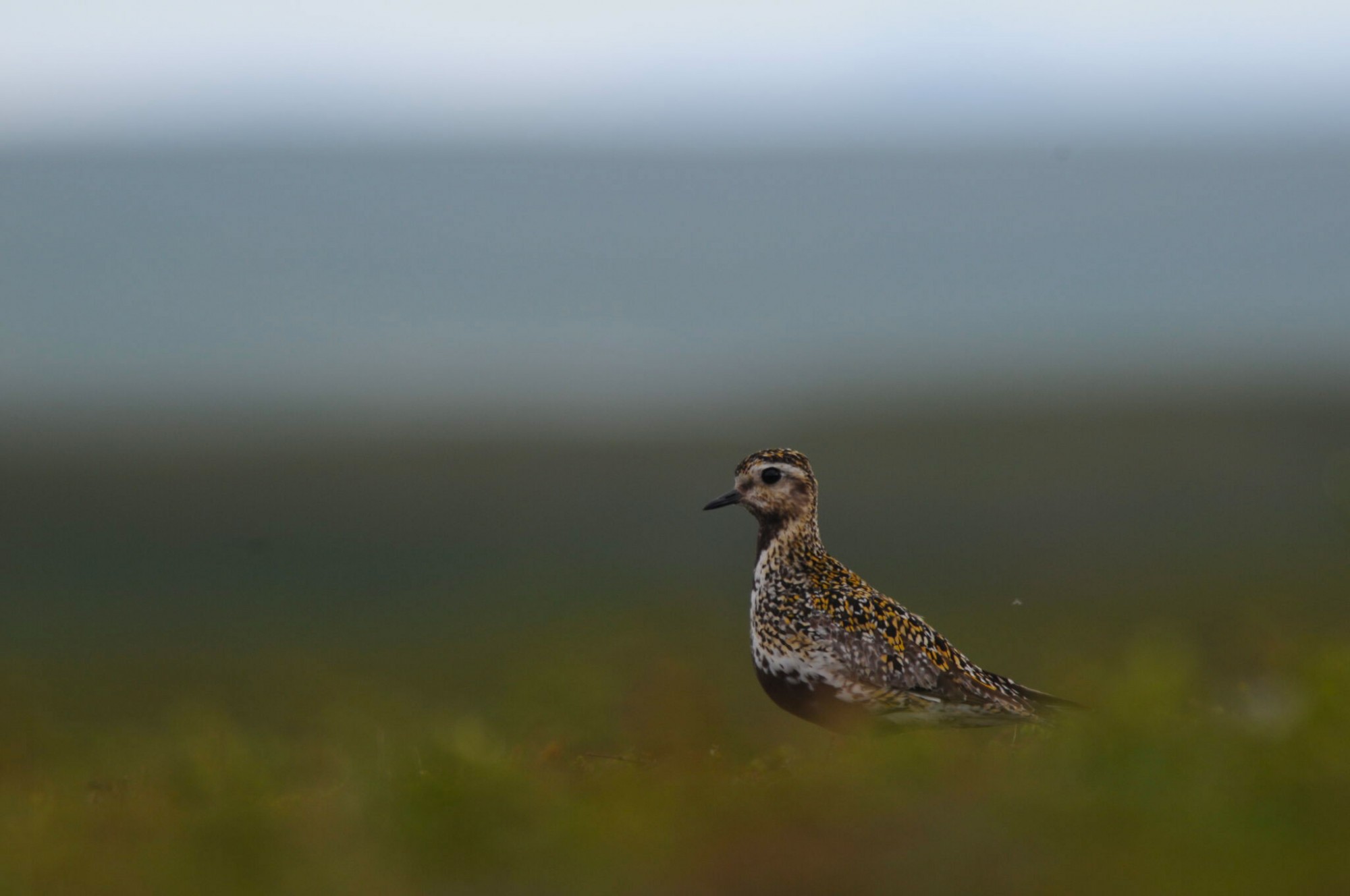 The Arctic is greening, bird populations are declining: Is there a link?

Ecological theory predicts that increased productivity at the base of food chains may raise predation rates at intermediate levels. New research by the Climate-ecological Observatory for Arctic Tundra (COAT) finds a link between plant productivity in tundra landscapes and bird-nest predation rates.

The Arctic is home to about 200 species and tens of millions of individual birds.

Most of them migrate north every spring to nest on the Arctic tundra. After two or three hectic months, they return to their wintering grounds much further south. Biologists have wondered why so many birds embark on these long and potentially dangerous journeys to the top of the world to breed. One leading hypothesis is that the Arctic offers a lower predation risk than more southern regions, and thus a safer place for raising offspring.

Eggs and chicks are extremely vulnerable to predation, especially in species that place their nest on the ground. Arctic ecosystems usually have few predators and nest predation rates have historically been lower here than in boreal and temperate ecosystems. However, this now appears to have changed. A global-scale meta-analysis published in Science two years ago showed that nest predation rates in shorebirds – a group of species of which many are endemic to the Arctic – have increased globally since the 1990s, but most profoundly in tundra ecosystems. This result corresponds well with reports of declining population trends in many of the same species. The Science paper speculated that changes induced in Arctic vegetation or in the rodent population cycle by climate warming could enhance nest predation.

Last year a team of COAT researchers published a study in Nature Climate Change that provided evidence for a link between increased nest predation and changed vegetation through a phenomenon termed Arctic greening. Arctic greening is due to increased plant biomass (ecosystem primary productivity) that results from longer and warmer growing seasons. The level of greenness is usually quantified by remote sensing (satellite data), and several remote sensing studies have shown that the Arctic tundra has become greener, concurrent with climate warming. However, the level of greening is typically unevenly distributed in space, presumably due to other factors limiting plant growth, such as herbivory and site fertility.

The COAT study included nine mountainous tundra landscapes with varying levels of greenness distributed across Finnmark (70-71°N) in northern Norway. During five consecutive summers, 900 experimental bird nests were distributed among these tundra landscapes. Overall, predation rates increased by 72% from the least green to the greenest landscape. This result accords well with the ecological theory that predicts food webs subjected to increased primary productivity can sustain more omnivores and generalist predators like corvid birds and foxes. The design of the study also included elevation gradients from the alpine treeline to the mid-alpine zone in each of the mountainous landscape areas. Predation rates increased with increasing elevation, suggesting that bird species nesting at high altitudes may be particularly impacted by predation.

Estimated trend in local species richness (number of species per census plot) of tundra birds during a decade in COAT’s monitoring plots on the Varanger peninsula.

The study encompassed all phases of the four-year rodent population cycle that typifies tundra ecosystems. Nest predation rates peaked one year after the peak phase of the rodent cycle. This finding was in accordance with the expected numerical and functional response of predators based on previous studies. Typically, predators feast on rodents and produce many offspring during the rodent peak (numerical response). When the rodent population crashes in the next phase of the cycle, the now abundant predators must shift to alternative prey such as bird eggs (functional response). Unexpectedly, however, the predation rate continued to be quite high for 2-3 years after the rodent peak. Such an extended delayed overall response of the predators relative to the rodent cycle acts to increase the cumulative impact of predation.

It is important to know the identity of the predator species involved, both to understand the basis for the delay in the predator response to the rodent cycle and to assess whether management actions could reduce predation rates. An attempt was therefore made in the COAT study to identify which predators robbed the nests. This was done by placing one egg made of plasticine in the experimental nests. Marks left on the plasticine eggs indicated that corvids (ravens or crows) were responsible for most of the predation in the COAT study.

However, this method was also found to be rather imprecise, both because it was difficult to differentiate between marks left by different predator species and because many of the eggs were removed by predators. Hence, there is a great need to develop better methods. Using motion-sensitive trail cameras at nest sites is one possibility. Because corvids learn rapidly, a problem with such cameras is that they may attract ravens as soon as they learn that camera are associated with a good meal.

Several bird species nesting in the tundra have recently been placed on the Norwegian red list. Within COAT’s monitoring plots on the Varanger Peninsula, the species richness of tundra birds has declined by approximately 30% over a single decade. The red-listed bird species constitute a mixed group in terms of trophic position in the food web (both insectivores like Lapland longspur and herbivores like the willow ptarmigan), habitat (both land birds and freshwater ducks) and degree of residency (both long-distance migrants like bluethroats and year-round residents like ptarmigans). What they have in common, however, is that they all place their nests on the ground and are thus likely to be impacted by an increasing number of nest predators in a warming Arctic.