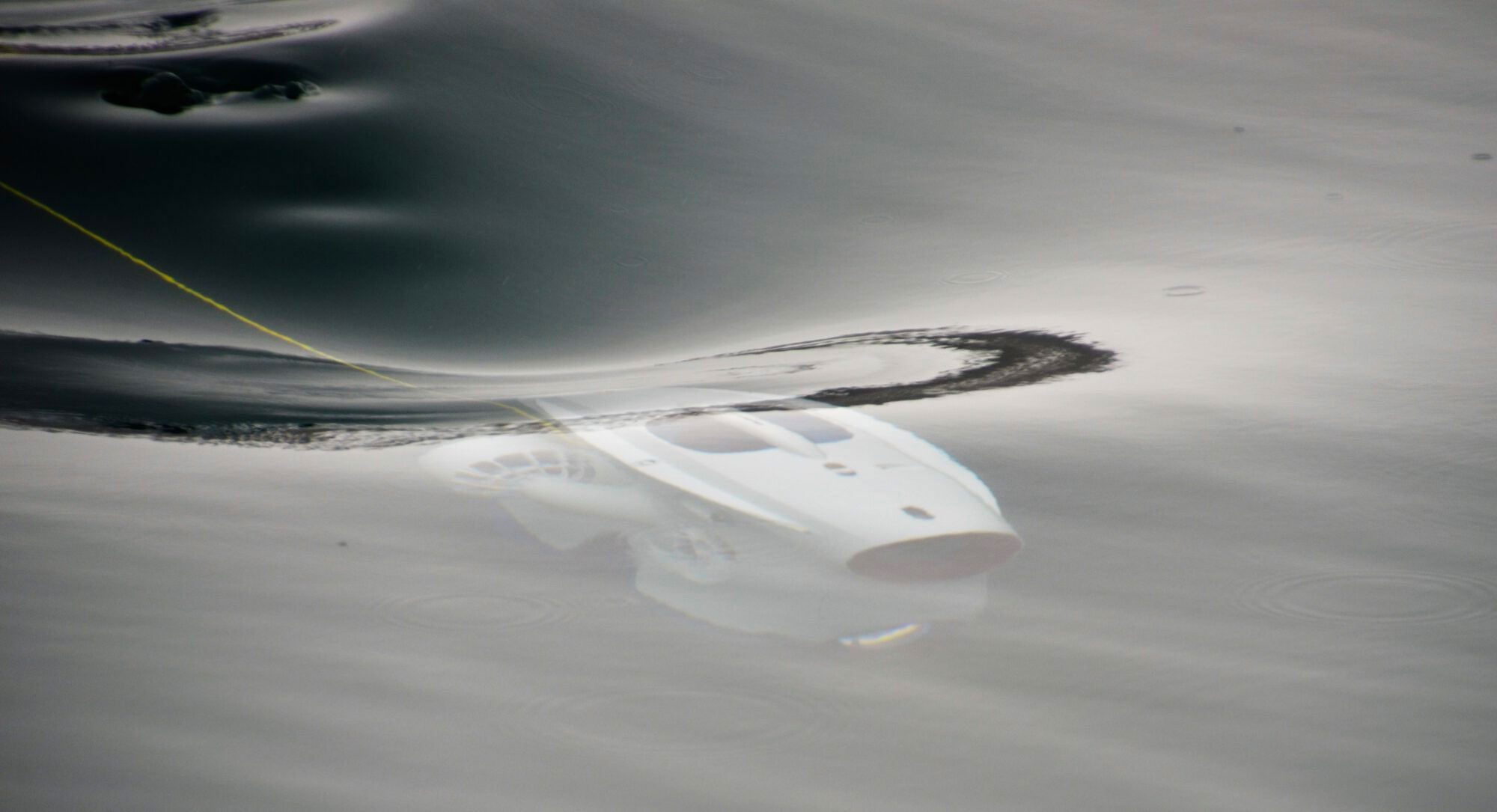 New technology opens up the Arctic for research

Automated platforms such as remotely operated vehicles and autonomous underwater vehicles – generally called ROVs and AUVs – allow scientists to reach totally new locations in the harsh environment of the Arctic.

In Smereenburgfjorden, within view of the strait of Danskegattet, a small boat bobs up and down in the water. The surroundings are spectacular, but Martin Ludvigsen, professor of underwater technology, has his eyes glued to his mobile phone. Ludvigsen is using a little robot called Blueye. This is a new part of the everyday life of Arctic scientists. They can now use underwater drones instead of having to undertake the complicated diving operations as they did in the past.

Together with students at the Norwegian University of Science and Technology, Martin Ludvigsen and Erik Dyrkoren developed the first prototype of Blueye in 2014. In 2015, the ROV was put into commercial production.

Today, the company that produces Blueye employs over 20 people with expertise in diverse fields: software, robotics, mechanical and industrial design, underwater technology, graphic design, and business development. All these experts have been busy – and so have the drones. They are now used extensively.

Underwater robots can take samples and perform investigations in areas and at times of the year that are otherwise difficult to access.

This will provide absolutely necessary insight into the ecosystems, which in turn have strong indirect significance for any harvestable resources in the future,” says Jørgen Berge, professor at UiT The Arctic University of Norway.

At the same time, the use of robots makes research more efficient and safer.

“From a marine biologist’s point of view, the technology has enormous potential to increase our understanding of Arctic marine systems,” says Berge.

With currently available technology, researchers still need to use large boats in order to deploy the drones, but this may change.

“In the not-too-distant future, there will probably be many automated platforms that can be deployed, docked, and charged automatically,” says Berge.

That will make access easier and – not least – reduce the environmental footprint.

“The data you get will be more authentic. You don’t have to be physically present and you aren’t dependent on light. Light itself is a source of pollution,” says Berge.

The polar night is an example of a season when it is difficult to do research. In fact, it is only during the last decade that researchers have begun to understand the significance of the four-month period of darkness in Svalbard.

“If you’d asked a marine biologist ten years ago what happens during the polar night, she would have said it’s a time of year when no production or activity takes place, and that the dark season has little ecological significance,” says Berge.

Now they know better. The polar night is an important period for many organisms, and several of these discoveries have been made because the Arctic has become more accessible.

Berge has taken part in many Svalbard expeditions, for example, to monitor hard-bottom fauna. Since the 1980s, UiT has sent out divers once a year to photograph approximately two square metres of the seabed.

“Instead of two square metres, an AUV can cover 20 or maybe even 200 square metres several times a year. This means the data-set will be much larger and can provide answers to questions about seasonal changes,” says Berge.

An Outreach Cruise is not a normal research expedition, but more of a floating seminar, where scientists, environmental managers, and trade and industry representatives exchange experiences and establish contacts.

The Outreach Cruise that took place at the end of June 2019 was a collaboration between UiT The Arctic University of Norway, the University Centre in Svalbard, and the Norwegian University of Science and Technology. An important topic was how new technology can provide better knowledge about the Arctic.

The research vessel Helmer Hanssen was used as a base and carried three underwater drones from Blueye Robotics, as well as a Remus AUV developed by Kongsberg Gruppen.

An AUV is a type of submersible craft that can be remotely operated without cables. An ROV is usually controlled via cables.