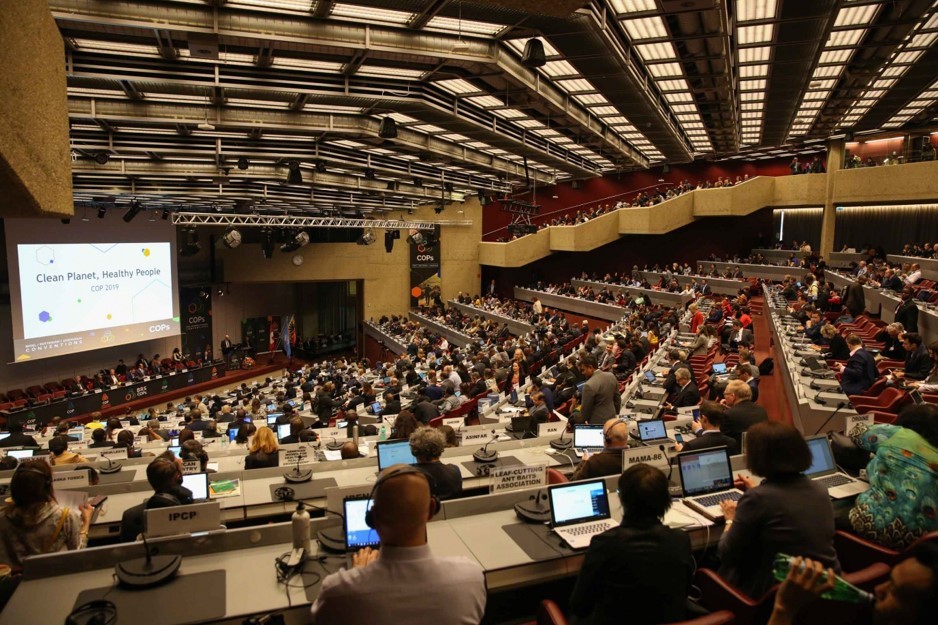 The process of translating scientific knowledge into policy is not straightforward. In the Arctic, the speed of change and the complexity of multiple environmental stressors makes this process particularly challenging. The science on multiple stress is growing, but has it been translated into policy?

To learn about how we can manage challenges in the future, we studied a process of translating research on multiple stress in the Arctic into global policy under the Stockholm Convention on Persistent Organic Pollutants (POPs). This is one of few examples of multiple stress policy in international multilateral agreements. Through interviews and document analysis, we studied the role of AMAP (the Arctic Monitoring and Assessment Programme, a working group within the Arctic Council) in synthesising, translating and communicating science on multiple stress in the development of a guidance document (“the guidance”) under the Convention.

How to establish a fruitful interplay between science and policy has been widely debated in scholarly literature. Should policy influence science, and if so how? Should scientists engage with policymakers or will that affect their objectivity? These are key questions in science-policy debates. Empirical studies of science–policy interfaces are important, as scientific knowledge plays a role in identifying and understanding environmental problems and in developing solutions.

We studied the process of developing “the guidance” by using the dimensions of formalisation (how and by whom knowledge is summarised) and separation (the relative distance between science and policy), as described by Sundqvist and colleagues (see Further reading).

A high degree of separation implies that, to avoid bias in expert knowledge, scientists should be separated from policymaking until scientific consensus has been reached.

A low degree of separation means that scientists and policymakers collaborate more closely, in line with the argument that co-production serves to make knowledge relevant and timely.

Both dimensions represent different ideals and positions within the science–policy debate. It is important to identify good ways of integrating science and policy, by empirically investigating translation and co-production processes.
To this end, we examined AMAP’s role in translating Arctic science into global policy under the Stockholm Convention.

Since its inception, AMAP has been a prominent provider of Arctic science. Already in its first report on Arctic pollution (1997/98) AMAP mentioned interlinkages between climate change and pollutants. The Arctic Council subsequently mandated AMAP to continue work on multiple stress, while not specifying procedures, suggesting a low degree of formalisation in this phase. Between 1997 and 2020 AMAP addressed links between climate change and POPs in a majority of its reports, and also dedicated entire reports to the issue. We show that AMAP at this point worked as an agenda setter with an armlength’s distance to policy, operating with high degree of separation in this knowledge building phase.

In 2009, the Stockholm Convention granted AMAP a mandate to assess science on climate change and POPs, together with UNEP. This was a period of low separation, resulting in a co-produced report in 2011. The assessment was made by a dedicated expert group, indicating a high degree of formalisation. There were attempts to formalise the process characterised by a low degree of separation to strengthen the credibility and increase the impact of the report. The proposal to translate the report into policy was first met with scepticism, but subsequently, due to pressure from Norway and other actors, an ad-hoc group was established for the purpose of drafting a guidance document.

In drafting “the guidance” the role of AMAP became weaker, but Norway that has close links with AMAP was active in developing “the guidance”. This may explain why the ad-hoc group used the 2011 UNEP/AMAP report as the basis for its work. This highly political phase was strongly dominated by the Parties of the Stockholm Convention, as well as observers such as the United States and NGOs. There was a high degree of formalisation, and AMAP faded out, indicating a higher degree of separation. In its final form, “the guidance” closely resembled the UNEP/AMAP report from 2011, which indicates an attempt at translating the UNEP/AMAP report into policy.

There was significant reluctance to include climate change and multiple stress issues in the Stockholm Convention work. One of the reasons was competition between different multilateral environmental policy systems. This friction between different policy systems, such as those for POPs and climate, prompted a decision to make a shorter and more simplified “approach” document. This contributed to reducing the political controversiality of “the guidance”. “The approach” presents a methodology for assessing climate change impacts and interactions with POPs under review. The process of condensing the guidance to the approach was highly political, and the involvement of science marginal, reflecting political attempts at implementing the use of “the guidance” in the nomination process of new POPs.

The present study was funded through the Fram Centre flagship research programme “Hazardous Substances—Effects on Ecosystems and Human Health”. We are grateful for their support

Our analysis of the four phases leading up to “the guidance” and “the approach” shows that AMAP has dynamically moved between different degrees of separation and formalisation to enhance its influence as a science broker. Orchestrating the interplay between scientists and policy makers, AMAP has put multiple forms of pressure on the international political agenda and contributed to turning Arctic science into global policy. That said, our study suggests that there are several constraints in terms of implementation and that “the guidance” so far has been shelved. Our study therefore indicates a general unreadiness of contemporary governance systems to address multiple stress, despite the science entrepreneurship efforts of AMAP.