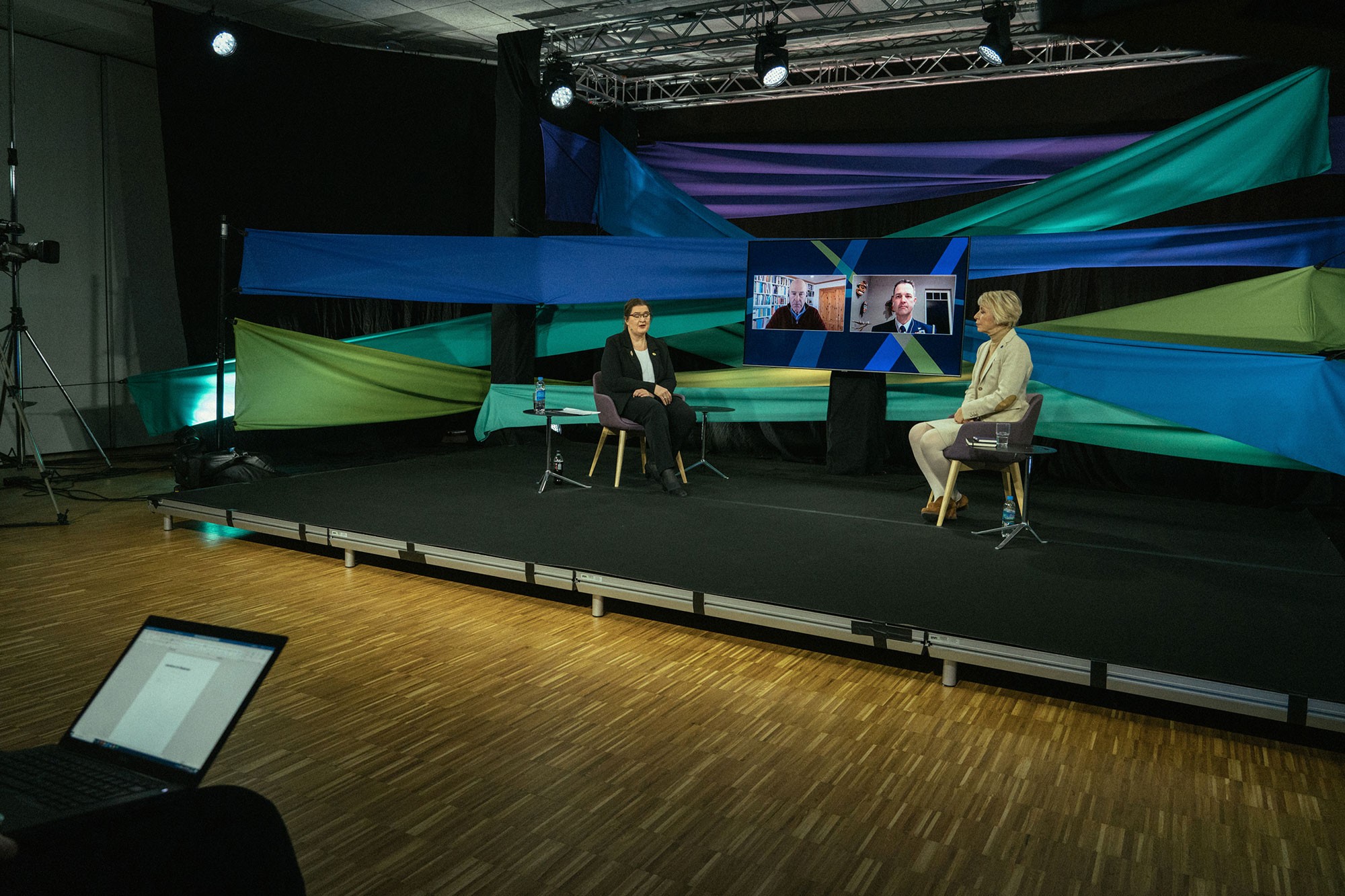 When COVID-19 came to the Arctic

2020 should have been an excellent year. But just three months into it, everything came to a standstill. Covid-19 has impacted many, including scientists working in the Arctic.

In the second week of March 2020, Norway went into lockdown. Since then, the pandemic has had a profound impact on research and associated activities. One of Norway’s most ambitious ongoing Arctic research projects, the Nansen Legacy, collided head on with covid-19.

“The Nansen Legacy project relies on numerous field activities run by scientists spread across ten different institutions all over Norway,” says Project Manager Marit Reigstad at UiT The Arctic University of Norway. “A huge percentage of them are young researchers in PhD and postdoc positions. Their employment contracts run for limited periods, so they’re particularly hard hit by the delays arising from the pandemic.”

In Longyearbyen, the University Centre in Svalbard (UNIS) shut down for the rest of the year. The 180 students who were studying at UNIS at the time were given an opportunity to complete their courses with digital teaching. All planned fieldwork was cancelled. Temporary injunctions were added to the examination regulations, so that a student who missed out on physical field work could get this obligatory component approved in some other way.

Another important concern was the risk of coronavirus infection among the staff at UNIS and among Longyearbyen’s population in general. For the first month of lockdown, Svalbard was particularly vulnerable, because anyone who became infected would have to be sent to Tromsø and no aircraft capable of transporting covid-19 patients had yet become available.

“This is a small and exceedingly vulnerable community. We have to focus 100 percent on handling all possible situations as safely as we can,” says Jøran Moen, director at UNIS.

A litany of postponements

Back at the Nansen Legacy, Marit Reigstad lists some of the pandemic’s consequences.

“We’ve had to postpone field research in ice-covered areas in the north Barents Sea that were planned for spring 2020 as a continuation of seasonal studies that ran in the autumn and winter of 2019. We’ve had to postpone experiments that were to be carried out after the fieldwork. Analyses of previously collected data had to be postponed due to the shutdown of many institutions’ laboratories. In-person workshops for planning research tasks were initially postponed. Overseas stays for young researchers travelling abroad to learn new methods and analyse their own research data were either postponed or cancelled. Several researchers experienced conferences being cancelled as well. That was a particularly harsh blow to young scientists on the cusp of presenting their data – and themselves – so they could widen their networks. Recruitment has also been delayed due to the obstacles preventing prospective employees from abroad coming to Norway and starting their work here,” says Reigstad.

On 12 March, the Fram Centre in Tromsø also had to close its doors. Many employees in the building were instructed to work from home and had to pick up their computers. Tore Haug, a research group leader at the Tromsø department of the Institute of Marine Research, is glad he has his own office at the Fram Centre and is able to choose where he wants to work.

“All international trips were cancelled, and domestic travel was sharply curtailed as well. Fieldwork on land and at sea has largely gone as planned. Advisory services and research have largely proceeded as planned and expected,” says Haug.

“But if the situation persists, the worst consequence may be that we’re unable to provide advice on the status of and harvesting potential for marine resources to Norway’s administrative authorities,” he adds.

Digitalisation is good, but…

Video communication took off worldwide during the pandemic, but the technology has pros and cons.

“It’s easy to schedule video meetings,” says Kim Holmén, international director at the Norwegian Polar Institute. “It’s too easy. This year I’ve had even more meetings than usual; maybe some of them weren’t strictly necessary. International travel is out, but that doesn’t mean you never get jet lag. Sessions at international conferences are always at an awkward time for a subset of the participants. I recently had to get up at 3 am to give a talk at a conference in Thailand.”

But there’s no mistaking that discussion of many issues is currently being postponed in the hope that face-to-face meetings will soon be possible once again.

Professional networks need to be maintained and are adversely affected by the current situation.”

Holmén agrees. “At the end of the day, we’re all human beings,” he says. “Body language is an important part of human communication, and that gets lost online.”

“Major conferences have also been undermined by the pandemic,” says Tore Haug.

Two of these conferences are especially relevant for Tromsø: “A Changing Arctic” was to have been held by the journal Nature and the Fram Centre in June 2020, but has been postponed indefinitely, and “Arctic Frontiers 2021” had to change its entire programme and conduct most sessions online.

This meant that Tromsø missed out on the Arctic festival we’ve become accustomed to in January.