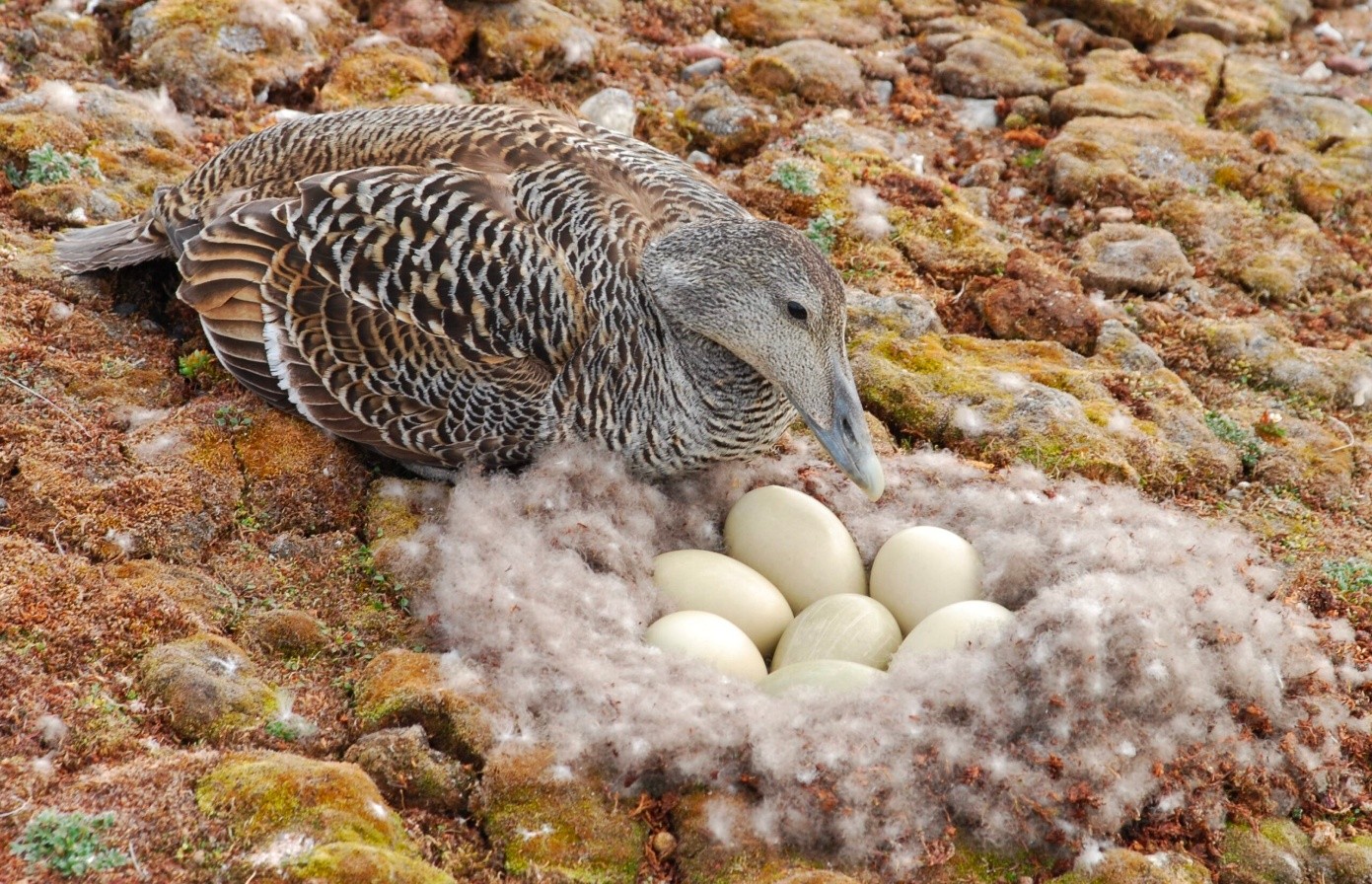 The Norwegian Environmental Specimen Bank, established in 2012, contains frozen samples of animals, plants, air, and mud from mainland Norway and Svalbard. These samples are time capsules, preserving the present environmental state for future analysis, and providing regulators with an important tool.
Read in Russian | Читать по-русски

Every year, scientists from the Norwegian Polar Institute, NILU, and Akvaplan-niva collect samples of air and biota from Svalbard. Air samples are collected at the Zeppelin station in Ny-Ålesund.

Samples from polar bears, arctic foxes, ringed seals, Svalbard reindeer, kittiwakes, common eiders, arctic char, zooplankton, polar and Atlantic cod are collected as a part of annual fieldwork done by scientists or from animals harvested by local hunters. Samples of blood, eggs, and tissues are prepared for storage and analysis in a “clean laboratory”. Such procedures are important to prevent contamination of samples collected.

The samples in the Norwegian Environmental Specimen Bank can be used to aid regulatory authorities in identifying hazardous contaminants in the environment.

The Stockholm Convention on Persistent Organic Pollutants (POPs) was established in 2004. So far 152 nations have signed this global treaty to protect human health and the environment from POPs. The main reason for establishing this Convention was the fact that several POPs were a threat to human health and environment. Chemicals are listed under the Convention if they meet the following criteria: the substance is persistent, transported over long distances, accumulates in tissues of humans and wildlife and has harmful effects on animals or humans. To date, 26 chemicals have been banned by the Stockholm Convention.

Every year the review committees of the Stockholm Convention, the Arctic Council and the Norwegian Environment Agency nominate a list of currently used organic chemicals that are subsequently analysed in a wide range of environmental samples by Norwegian researchers. Suggestions for this list are made by Fram Centre scientists together with colleagues elsewhere in Norway.

The Arctic sends important messages about compounds with properties of concern. When we discover a new man-made chemical in arctic air or biota, the substance probably is not from a local source but has arrived after long-range transport by air and/or sea currents. These findings also tell us that the chemical is not easily degraded and remains intact despite transport over long distances.

If we find higher levels of the chemical in predators than in prey, it shows that the chemical accumulates in the food chain. Using samples from polar bears, seals, whales, and seabirds, we can study whether these chemicals affect the health of arctic animals.

The findings provided by scientists from the Fram Centre, other Norwegian institutes and universities, and international institutions, are important for national authorities and the Stockholm Convention in their work to regulate the use and production of POPs. Evidence showing the presence and effects of these contaminants in arctic animals is central when negotiating and adopting global actions.

The chemical industry is growing. The industry currently produces more than 150 000 chemicals. Around 1500-2000 new chemicals are put on the market every year. Many of them are initially considered useful but are later discovered to be harmful environmental pollutants. When analysing samples we sometimes identify new pollutants.

These chemicals are of concern and need to be followed to determine if they are increasing or decreasing in the environment. Samples stored in the Norwegian Environmental Specimen Bank allow scientists and authorities to go back in time and see when the new chemicals were released into the environment.

The Stockholm Convention is not the only regulatory body that can benefit from the specimen bank. The Minamata Convention on Mercury, adopted in 2013, aims to reduce the use and emissions of mercury. Historical samples from the specimen bank combined with future samples will make it possible to determine whether mercury levels in the Arctic have decreased over time after the implementation.

Such a decrease would signal reduced emissions worldwide. Temporal trend data preserved in the samples of the Norwegian Environmental Specimen Bank will provide valuable information to the Minamata and Stockholm conventions, as well as other efforts – present and future – to control the release of hazardous substances to the environment.