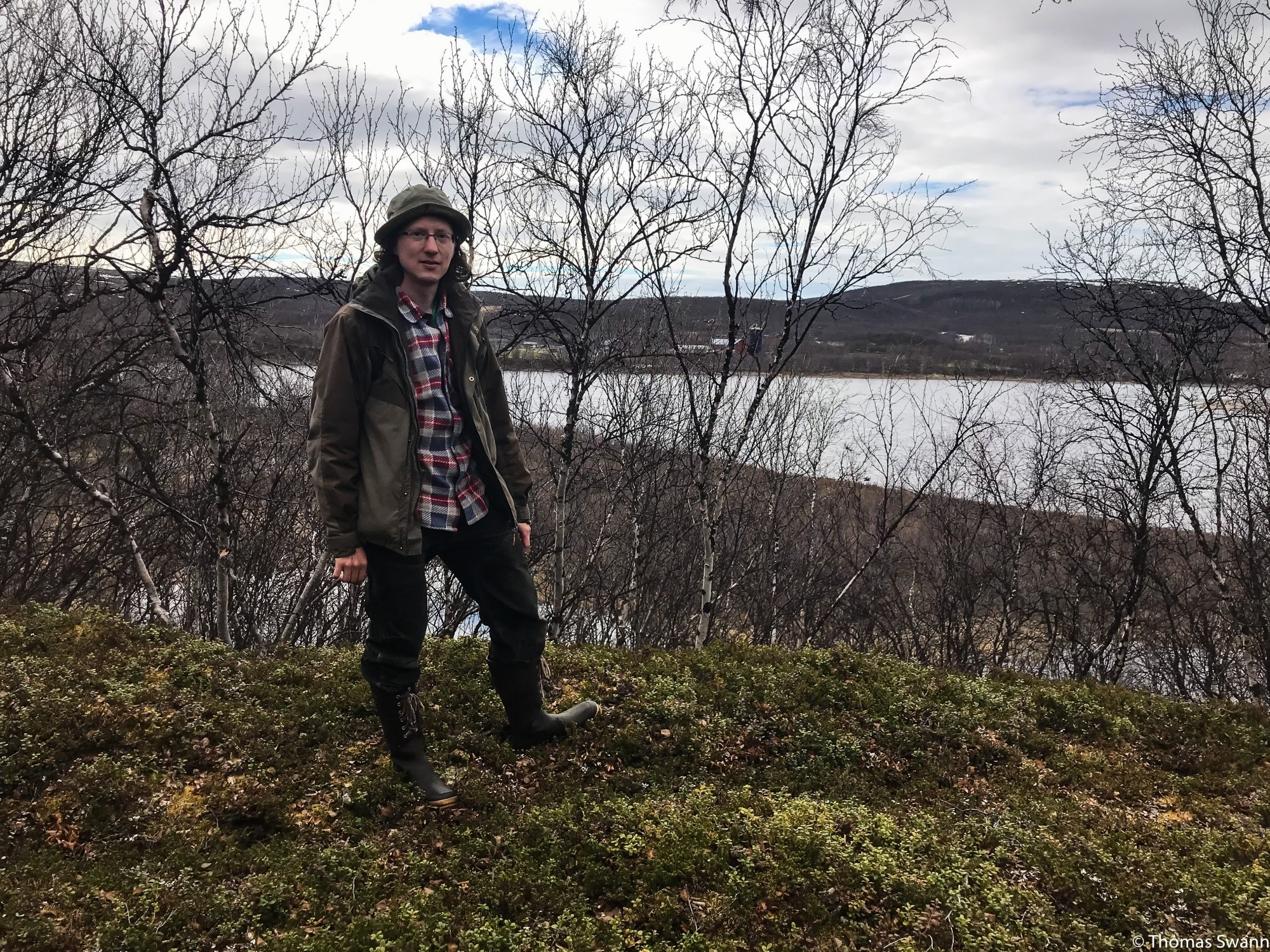 “It is a radical decision that does not have the approval of the local people,“ says local fisherman and politician Àslat Holmberg. Photo: Saara-Maria Salonen

River Teno, or Tana, is a 361 kilometre long river which marks the border of Finland and Norway for 256 kilometres. For years, River Teno has been almost synonymous with salmon fishing — during the summer months, the river banks are bustling with locals and tourists, all of whom are after the biggest catch. Natural Resources Institute Finland says that River Teno is the most diverse salmon river in the world, and it hosts approximately 30 genetically different salmon populations.

While salmon fishing is one of the most important attractions for tourists, it is a very important aspect of the local Sámi culture and traditional livelihood. The Sámi people around the Teno have been fishing salmon using traditional fishing methods for as long as anyone can remember — and this year, for the first time ever, they will not be able to practice their traditions.

For the fishing season of 2021 both the Finnish and the Norwegian governments have come to a decision to ban all fishing on River Teno, its tributaries, estuaries and the Finnmark sea areas between May and December. The decision puts a halt to the local summer; the normally busy hotels and restaurants remain relatively empty and the locals will not get a taste of fresh salmon this year.

Even more surprising was the Norwegian government’s decision to ease the already agreed upon restrictions and allow fishing in the Finnmark sea areas, except for the estuary of River Teno.

The decision to ban salmon fishing on River Teno, but allow them in Finnmark, has been taken with mixed feelings on the Finnish side. Salmon fishing has brought a lot of life to the area and offered a much needed boost to the local economy. The decision affects traditional livelihoods of the Sámi communities where they have never gone through a whole summer without salmon fishing.

Local fisherman and politician Àslat Holmberg sees the change as a double edged sword; “It is a radical decision that does not have the approval of the local people,“ Holmberg says. Holmberg sees the decision to completely ban fishing in Teno river to be breaking the rights of the Sámi people to practice their traditional livelihoods and culture. “This total ban on salmon fishing seems to be a power move from the state side. It does not take into consideration us Sámi rights owners, and allowing even a small amount of fishing would have had a big symbolic value,“ Holmberg says.

Holmberg is practicing the older methods of salmon fishing on River Teno and has spent all of his summers on the river. This year is the first one when he will not be catching any salmon and the first time he will have a summer holiday. Even though this summer will be different from all the others, he does understand the need for restrictions. “I do recognise the need to protect Teno salmon, last summer was very bad and I, too, have a deep worry about the state of the salmon population. I find it good that there are restrictions, but I cannot support a total ban,“ Holmberg elaborates.

When asked about the decision by the Norwegian government to lift the ban in the Tana fjord where the river runs out, Holmberg underlines that he does not want to look at this through the lens of jealousy and he is happy that the Sámi people living by the sea in Finnmark are able to practice their traditional livelihoods. However, he does not see this as fair; “It does feel like cheating. The total ban was introduced by the Norwegian government, and this was used to convince the Finnish government to join the ban. People have wondered here if this ban will be useful if every fifth of the salmon caught on the sea is Teno salmon,“ Holmberg says.

Tiina Salonen is the owner of Aurora Holidays and Lohisuvannon Mökit accommodation services in Utsjoki. Salonen is equally upset about the decision to ban salmon fishing on Teno river, although she does recognise the need to preserve the salmon population. While it is important to protect the salmon, the ban has been a big blow for the industry that has already been hugely affected by the Covid-19 pandemic. Usually the cottages would be fully booked by now with visitors from all around Finland, some of whom have been coming to the same place every summer for over ten years. “We had high expectations for the summer, we had a lot of bookings and a lot of fishers coming,“ Salonen says. Salonen and her team had just finished building a new restaurant and more accommodation space in December 2019, before the pandemic hit, and they were hoping that the summer could mend the losses from the previous year.

“The timing of this is absurd - this is the second time when fishing has been restricted with a two month notice,“ she continues, referring to the restrictions on salmon fishing in 2017.

“This is a similar situation as four years ago, suddenly over 70% of our bookings were cancelled,“ Salonen explains.

“It feels like this area is often forgotten when decisions like these are made. The decision makers do not seem to care what happens to the people and businesses here. Now that Norway has decided to lift some restrictions, is Finland going to do nothing?“ she continues.

When asked what kind of expectations Salonen has for next summer, she says “I do not believe that this will be the case only for one summer, I believe this will be continued in the future as well. Let’s see if there is still a place for people to stay here then, this will have a massive impact on the businesses in the area.”

The ban does not only affect the business owners and fishers of the immediate area around Teno, but it will be seen all throughout Lapland. It will affect the grocer’s in the area, petrol sales, accommodation throughout the main roads leading from the South to the top of the North.

The municipality has already suffered from the Covid-19 pandemic, border closures and the sudden stop of cross-border trade. “We have not had any time to prepare for this — not the municipality nor the businesses of the area,” Tieva-Niittyvuopio continues.

While the ban does have a large-scale effect on the local economy, it seems that the reduced salmon population has not gone unnoticed by the locals. “People have been surprisingly positive about the ban, because salmon is so important that people are ready to make sacrifices for a while in order to protect the future,” Tieva-Niittyvuopio concludes.

Even though sacrifices are being made this year, and salmon is arguably the biggest attraction to the area, River Tana has so much more to offer. Àslát Holmerg sums up his thoughts; “It is quite strange how salmon has become the main attraction here, as if salmon is the only fish in the river,” he says. “People will want to go to Teno regardless, and older people have long been talking about how there is more and more pike in the river which will eat the salmon parr,” he continues. Fishing for pike would have a positive impact on the salmon population in River Teno — and it is delicious, too. Holmberg has learnt how to make traditional dried pike, koškepuško, and praises the delicious graylings too.

With or without the possibility to fish for salmon, River Teno and its surroundings are areas of outstanding natural beauty — tourists might be allured to the area for hikes in the beautiful nature, fish for graylings or pike and enjoy the midnight sun in the North. Sadly, it seems that the appeal of salmon is greater for the tourists than any of the other attractions of the area. The locals are cautiously wishing that next summer will have the area back to normal, but only time will tell how the salmon population will recover.