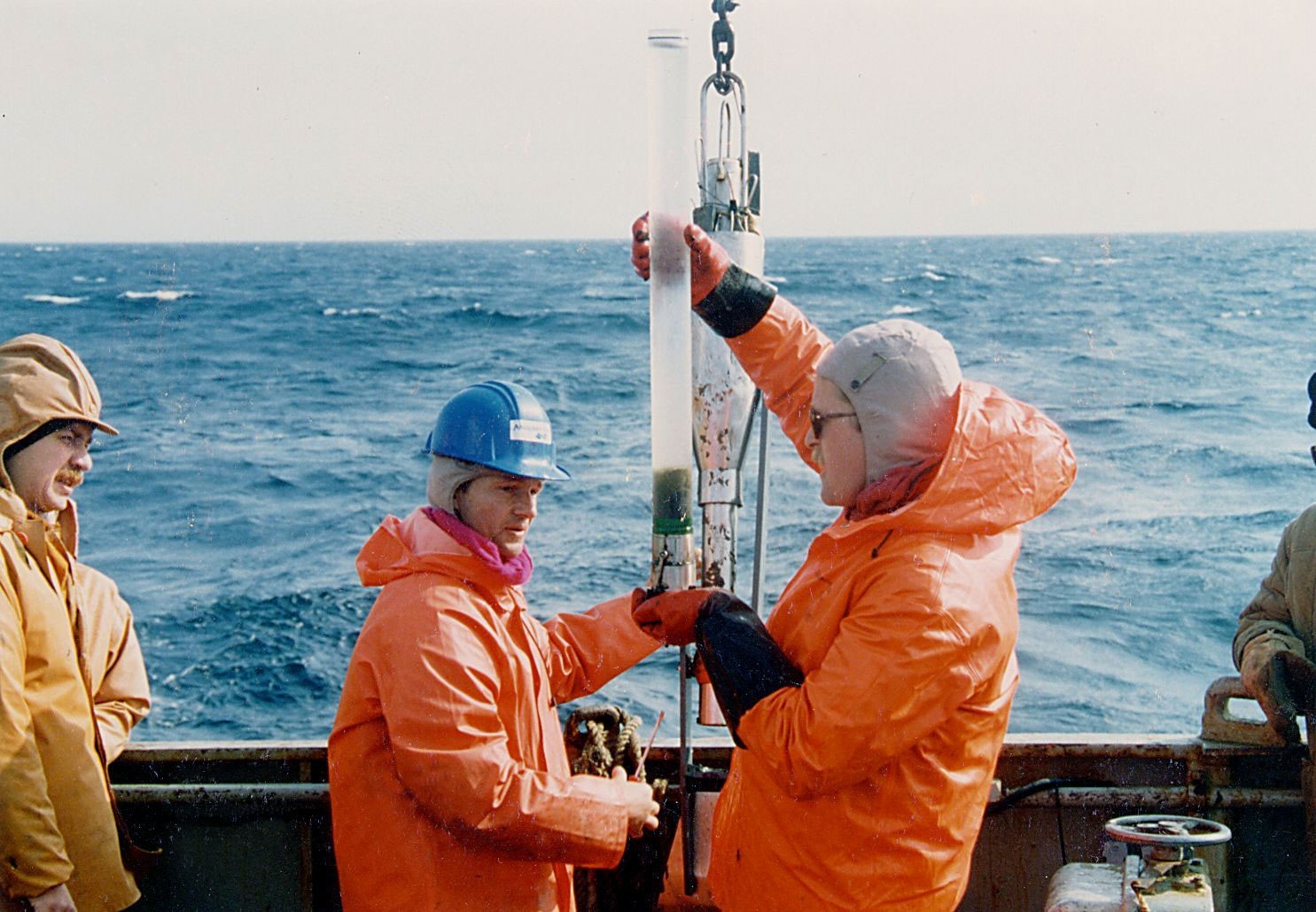 Initiation of environmental science cooperation between Norway and Russia in 1992

Retrospective: Norway’s relationship with its superpower neighbour to the east has often been tense. In this article, Salve Dahle and co-authors give an eyewitness account of the time just after the fall of the Soviet Union, when cross-border tensions began to ease.

Early on the morning of 30 July 1992, I woke up in my cabin onboard RV Dalnie Zelentsy. We had entered a narrow fjord at the south end of Novaya Zemlya during a foggy night, seeing nothing.

Keen to see what nature looked like in this legendary “cold war” archipelago, I peered out of my little porthole. Through the mist, my gaze fell straight onto a big warship that had run aground and lay on its side, guns pointing into the sky.

Along the beach, scrap metal, logs, and debris filled the rest of my view.

Looking back, it is difficult to comprehend that over several decades during the Cold War, there was almost no cooperation between Norway and the USSR. The Kirkenes border was essentially closed. The long-standing and prosperous commercial and social exchanges across the border known as the Pomor trade ended abruptly after the Bolshevik Revolution in October 1917.

The only ongoing cooperation between Norway and Soviet Union during the Cold War years was on fisheries management, based on agreements from the 1950s and 1970s.

During the 1980s, rumours of environmental catastrophes in Siberia abounded in the Western press. In Kirkenes, people demonstrated against “death clouds” from the nickel smelters just across the border, and there was a great fear that pollution, oil, and radioactivity could be transported with the Siberian rivers into the Arctic Ocean and the rich fishing grounds of the Barents Sea.

The famous 1987 speech in Murmansk by the General Secretary of the Communist Party, Mikhail Gorbachev, initiated the processes that ended the Cold War, and the subsequent fall of the Iron Curtain in Europe. As part of the development, the countries in the Arctic took their first steps towards cooperation to gain a better understanding of the Arctic environment. In December 1991, scientists from the Arctic countries met in Tromsø to agree on which contaminants should be prioritised for study, and on study protocols.

The Tromsø meeting kick-started the Arctic Monitoring and Assessment Programme. AMAP eventually became one of the working groups under the Arctic Council, which was established in 1996. AMAP’s ability to organise work across the Arctic was essential, and the AMAP guidelines for sampling and scientific analyses were crucial to enable comparison of results across the borders and to understand the effects of long-range transported pollutants.

The start of a new era

Our voyage in July 1992 was the first expedition including scientists from Western countries on a Russian vessel into Russian seas after the Second World War.

To underline the importance of the endeavour, the expedition was headed by the director of Murmansk Marine Biological Institute (MMBI) of the Russian Academy of Science, Dr Gennady Matishov. In addition to scientists from Akvaplan-niva, three Norwegian ornithologists, and two representatives from the oil company Amoco took part in this “complex” expedition, along with 15 researchers from MMBI.

The team mission was to study marine biodiversity and establish the level of various contaminants of concern: heavy metals, oil hydrocarbons, and persistent organic pollutants (POPs). Our colleagues from MMBI also took samples for analyses of man-made radionuclides. The expedition collected sediment samples along the Kola coast, across the Pechora Sea, in fjords of Novaya Zemlya, and from the deep trough south of the archipelago.

The sampling also included sediments from dumping sites for nuclear waste. The illegal Soviet dumping of nuclear waste in Russian waters had just been made known by the “White Papers” published by the scientist Alexey Yablokov, serving under President Boris Yeltsin.

This was the first of several joint Akvaplan-niva and MMBI expeditions. During the ensuing years, Akvaplan-niva researchers and Russian colleagues travelled across the Norwegian and Russian European Arctic, visiting Franz Josef Land, Novaya Zemlya, Svalbard, the military and commercial harbours around Murmansk and Arkhangelsk, and the Kara Sea, into which flow the huge rivers Ob and Yenisey. At many of the sites visited, it was the first time Russian and Western scientific teams collaborated.

The joint work represented a major contribution to AMAP reports and documented that the concentrations of pollutants in the Russian Arctic were not any higher than in other places in the Arctic. The alarming environmental picture painted around the breakup of the Soviet Union could not be supported by our discoveries. There were, however, “hot spots” connected to harbours and military facilities, and at nuclear testing and dumping sites. As an example, the concentration of radioactive pollution in Guba Chernaya measured in 1992 was among the highest ever observed in the marine environment worldwide. However, our study also showed that the high levels were to be found in the deeper parts of the fjord. The concentrations south of the archipelago were within ranges found elsewhere in the Barents Sea.

The 1992 voyage over almost four weeks onboard RV Dalnie Zelentsy was an adventure in many ways. We worked alongside experienced scientists but were unfamiliar with their previous work, and vice versa. There were language problems: English-speaking Russian scientists were at that time almost non-existent (though several spoke German or French) and our Russian language skills were fragmentary.

Nevertheless, we made friends for life. In a situation like today’s, with increasing tension between Russia and Western countries, this is important to remember. Friendship also motivates us to strive to continue the important cross-border scientific cooperation, which in itself contributes towards easing tension across the borders.