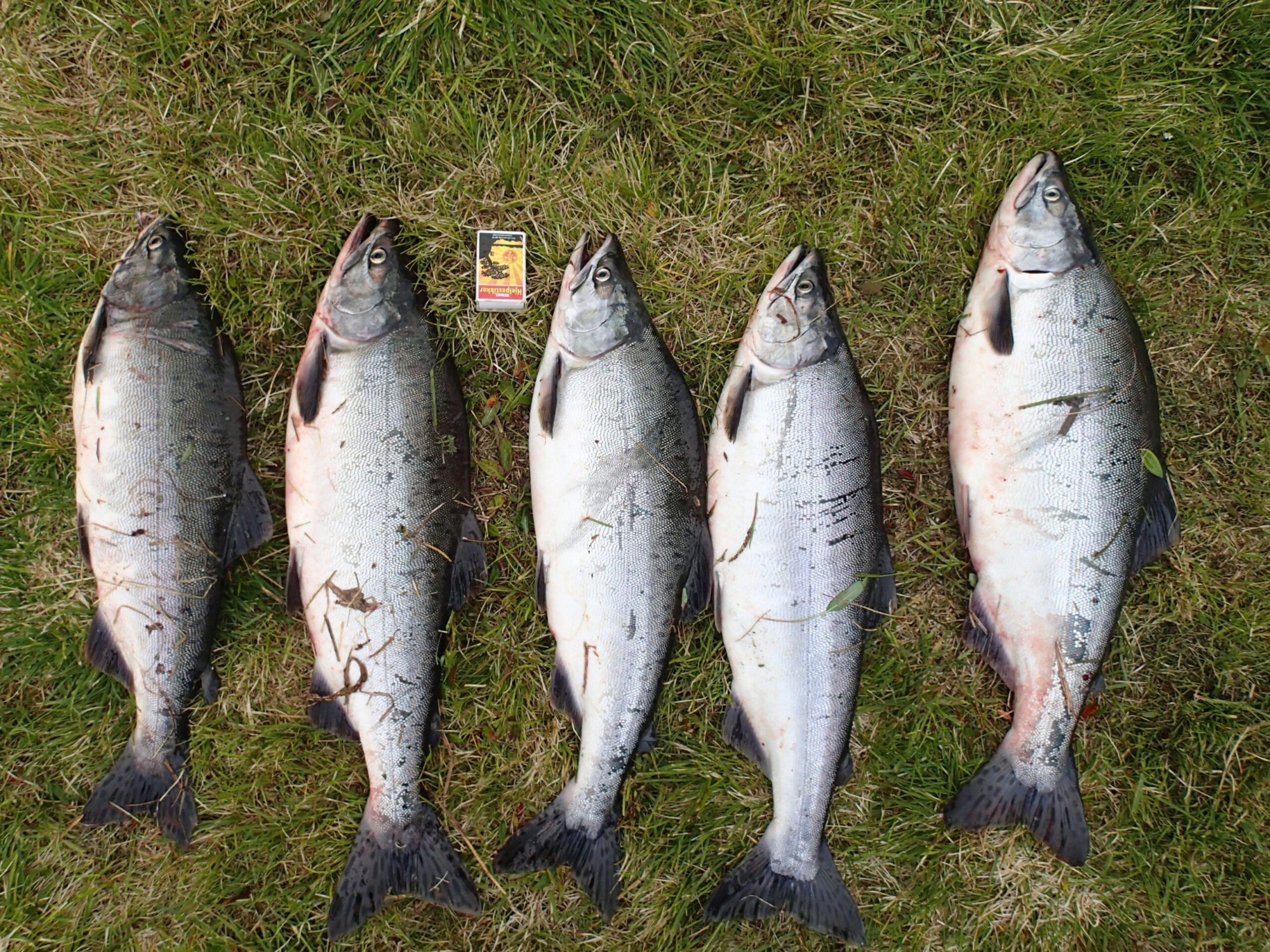 Pacific pink salmon (Oncorhynchus gorbuscha) were introduced in the Kola Peninsula for their valuable eggs in the 1950s. Since then, the species has spread along the entire Norwegian coast and will probably remain. Scientists from several countries are trying to understand its ecological effects.

A large influx of pink salmon to Norwegian watercourses in 2017, 2019, and 2021 sparked concern over their impact on aquatic ecosystems, and in particular the ecosystem services provided by native salmonids.

This sudden increase in pink salmon numbers in Norway, thought to be linked to favourable climate conditions for pink salmon reproduction and survival, is expected to continue as water temperatures rise with climate change and large numbers of fish continue to arrive from Russia.

Despite mounting concern, media coverage, and a public demand for management practices, little research has been conducted in either freshwater or marine ecosystems to understand the potential ecological effects associated with this species. However, a lot can be learned from research on the ecological roles and effects of pink salmon in their native range in the northeast Pacific. This knowledge can be used to guide research and management here in Norway.

In August and September 2019, two visiting scientists came from the Pacific coast to northern Norway. Mark Wipfli and Erik Schoen travelled from the University of Alaska, Fairbanks, to join colleagues in Vesterelva, eastern Finnmark, to study potential effects of marine-derived energy and nutrients from pink salmon eggs and carcasses on the ecosystems of rivers and riverbanks.

Anadromous fishes, such as Pacific and Atlantic salmon, that migrate between the highly productive marine and less productive freshwater environments, transport energy and nutrients that subsidise freshwater and terrestrial food webs, thereby altering freshwater ecosystem processes. Through their research in Alaska, Mark and Erik have demonstrated the significant effect of these marine-derived subsidies on the structure and function of riverine ecosystems. For example, the nutrients that adult spawning salmon delivered to ecosystems around rivers increase the productivity and biomass of biofilm, aquatic invertebrates, and freshwater fishes.

As part of the Terrestrial Fram Flagship project “Pacific salmon effects on terrestrial ecosystem structure and services”, several summer field expeditions to Vesterelva were made before, during, and after pink salmon spawning in August 2019.

The fieldwork in Finnmark offered the researchers new knowledge, but also some new twists. Kathy Dunlop from the Institute of Marine Research has studied scavenging ecology in the marine environment for years, but examining the fauna feeding on pink salmon carcasses on the riverbank was a new experience. Baited camera traps revealed that pink salmon carcasses were a popular meal for terrestrial and aquatic birds and mammals that live alongside Vesterelva.

With it looking increasingly likely that pink salmon will continue to return to Norwegian rivers for years to come, anglers and governance bodies nationally have become increasingly concerned about the potential impact of the species on recreational angling activities. Ekaterina Aasmaa and Yajie Liu from UiT probed Norwegian anglers’ thoughts about the pink salmon after the 2021 run.

Preliminary results from a national questionnaire revealed that many anglers believe that pink salmon could gradually replace other species, spread diseases to them, and compete with them for food and resources. At the same time, they believed that scientific evidence of such interactions was lacking, and that current knowledge on pink salmon was inadequate to develop management regulations. About 70% of anglers do not like to catch pink salmon compared with other salmonids, and 42% do not like to go fishing due to the presence of pink salmon. Thus, the majority of anglers (63%) want to remove pink salmon from the rivers and are willing to voluntarily participate in removal activities but think that the authorities should be financially responsible for eradication.

This Fram Flagship project has demonstrated that native aquatic and terrestrial fauna feed upon pink salmon eggs and carcasses and therefore act as vectors for the transport of marine-derived energy and nutrients to the terrestrial and aquatic environment. At the end of the summer, our colleagues from Alaska returned home, but it looks like the pink salmon are here to stay.