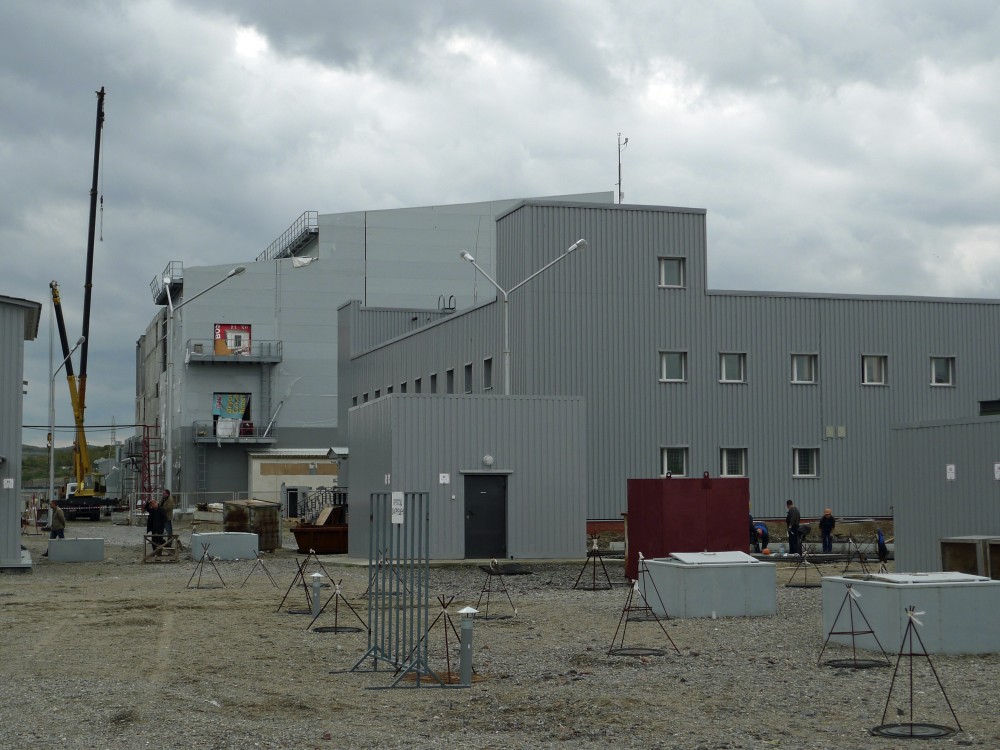 Three old contaminated steam generators from Balakovo nuclear power plant will be transported north to Saida Bay in what will be the first time radioactive waste are brought to the Russian north for treatment and storing.
Read in Russian | Читать по-русски
By

When Russia’s state owned company dealing with radioactive waste established its regional branch, SevRAO, locals in Murmansk were told only waste from the north were to be treated and stored.

Each wight 322 tons, is 15 meters long and 140 cubic meters in volum. The generators origin from Balakovo nuclear power plant on the banks of Volga river some 100 km north of Saratov in southern Russia.

The metal is radioactive contaminated as they were directly connected to the reactors cooling water flow. Consequently, the structures have to be stored as radioactive waste.

It was newspaper Versia Saratov which first informed about the tender.

A special barge would be needed for transportation from the Volga river, via Russia inner water ways, north to Murmansk. The distance is about 3,000 km if sailing Belomor channel north to the White Sea. It is, although much longer, also possible to sail south via the river systems to Rostov-na-Don and via the Sea of Azov out to the Black Sea and Mediterranean and then north outside Europe and Norway to the Kola Peninsula.

SevRAO’s treatment plant and storage site in Saida Bay was built in the early 2000s aimed to deal with the 120 reactor compartments from Cold War submarines of the Northern Fleet decommissioned at yards on Kola and in Severodvinsk. Also, the facility is tasked to store compartments from scrapped nuclear icebreakers and both civilian and military service vessels used for storing nuclear and radioactive waste, as well as solid waste from Andreeva Bay and other facilities on the Kola Peninsula.

Nuclear safety expert Andrey Zolotkov with the Bellona Murmansk group is worried that receiving radioactive waste from Balakovo nuclear power plant could be a door opener for others.

“Such assumption can be made, because nobody explain why this transportation now happens,” he says to the Barents Observer.

“Saida is not a place for any radioactive waste from all over Russia. It was built for specific purposes, and we have not yet completed the work on submarines and icebreakers,” Zolotkov argues.

He points to other nuclear power plants having old radioactive contaminated steam generators, like Kalinin, Novovoronezh, Rostov and Leningrad.

“Will they also start to look for ways to send radioactive waste to Murmansk region if the cargo from Balakovo turns successful,” Zolotkov asks rhetorically.

Financed by the West

The storage site in Saida Bay is financed by Germany as part of the Global Partnership Against the Spread of Weapons and Materials of Mass Destruction. Italy has paid for the floating dock that brings the reactor-compartments from the waters to the site.

Reactor compartments from submarines and icebreakers will have to be stored for onshore for many decades before the radioactivity have come down to levels acceptable for cutting the reactors’ metal up and pack it for final geological disposal.

The process of scrapping the 120 nuclear-powered submarines that sailed out from bases on the Kola Peninsula during the Cold War started in the early 1990 and has technically and economically been supported by a wide range of countries, including Norway and the European Union. Ballistic missile submarines scrapped at yards in Severodvinsk in the 1990s were paid by the United States Nunn-Lugar Cooperative Threat Reduction (CTR) Program.