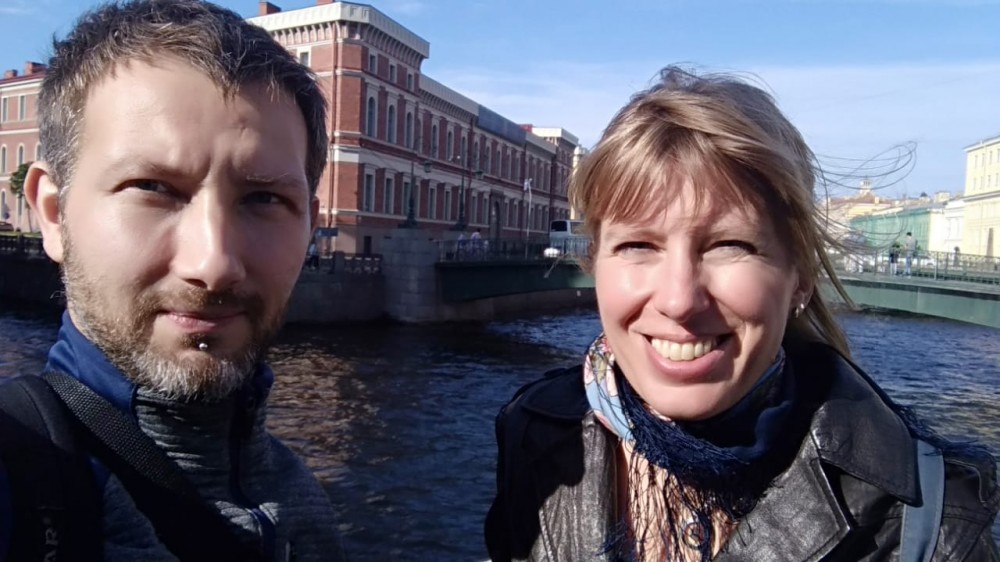 "We worry for the safety of our Russian friends and fellow environmental activists," says Kjersti Album with Naturvernforbundet (Friends of the Earth Norway) as officials of the two countries mark a quarter of a century with cooperation to hinder radioactive pollution in the north.
Read in Russian | Читать по-русски
By

“The difficult situation for Russian environmental activists and NGOs impacts our bi-lateral cooperation and makes it harder to work for nuclear safety,” says Kjersti Album. On Wednesday, she and a few other environmentalists were allowed to follow the first 40 minutes of the annual meeting in the Norwegian-Russian Commission on nuclear safety.

It was non-governmental groups (NGOs) that in the early 1990s were first to spark concern about the nuclear legacy of the Cold War in the Russian north.

Radioactive waste and spent nuclear fuel were stored outdoor exposed to harsh Arctic climate conditions. Naval reactors were dumped at sea, safety was neglected at power plants, not least to mention the 120 retired nuclear-powered submarines rusting at naval bases and yards on the Kola Peninsula and in Severodvinsk.

With Russia being broke, the NGOs argued, little would be done and the world could potentially face a “Chernobyl-in-slow-motion” along the coast to the important fishing grounds of the Barents Sea.

The call for international action was precarious.

In the mid-1990s, Norway and the European Union started to work with Russian officials to improve the situation. Kola Nuclear Power Plant got new fire extinguishing equipment and a new emergency power generator was bought to secure cooling to the reactors in case of power failure. Money was granted to a never-built cleaning facility for liquid radioactive waste at the nuclear icebreaker base in Murmansk, and plans were initiated to improve infrastructure at the navy’s dump-site for spent nuclear fuel and radioactive waste in Andreeva Bay.

Meanwhile, Russian and Norwegian environmental groups raised awareness of the need for transparency and public debate.

However, while the groundbreaking nuclear safety cooperation moved forward, the Kremlin’s crackdown on civil society aimed to cripple NGOs with foreign patrons or partners intensified. Consequently, many environmental groups have shut down or abandoned their work.

Kjersti Album is concerned for two reasons, she says. “The NGO cooperation pushes for increased openness and it assists people and different stakeholders to engage in nuclear safety issues.”

She calls for more transparency, not less.

Album, though, is glad the meetings in the nuclear safety commission are partly open for NGOs to participate.

“Opening these meetings is an important step,” she says and underlines that environmentalists, despite troubles, still manage to work together. “We are impressed by the courage of Russian environmentalists and other Russian activists.”

State Secretary Audun Halvorsen in Norway’s Foreign Ministry says to the Barents Observer he shares the view of the environmentalists.

“We are deeply concerned about the deteriorating conditions for human rights and civil society in Russia,” he says and underlines that the ministry “regularly raises this issue with our Russian neighbors, and we will continue to do so. Norwegian positions on this issue are well known to Russia,” Halvorsen says.

“Russian and Norwegian environmental NGOs play an important role in the area of radiation and nuclear safety, contributing to increasing our knowledge and understanding of environmental issues in our work. That is why we invited these organisations to attend parts of the Commission meeting, where they can ask questions to both the Russian and Norwegian sides,” the State Secretary says.

Oleg Kryukov, head of the Russian delegation to the commission, summed up an impressive list of successful results coming from the good work by the two countries.

“With funding from Norway, five submarines have been cut up and their reactors stored onshore at the facility in Saida Bay,” he told.

Kryukov, who is Director of radioactive waste and spent nuclear fuel with the state corporation Rosatom, also highlighted how experts have managed to safely remove damaged nuclear fuel from Building No. 5 in Andreeva Bay and from the old storage ship “Lepse” at the Nerpa shipyard. Both objects have previously been considered high-risk danger zones for humans and the environment.

Over the last 25 years, 120 reactor compartments from Cold War submarines have safely been lifted onshore and stored at the giant radioactive waste facility in Saida Bay north of Murmansk. The storage, which is financed by Germany under the G8 Global Partnership for nuclear safety, also has a processing plant for radioactive waste. So far, Kryukov told, are 10,000 m3 out of a capacity of 80,000 m3 filled up.

Now, he said, work will continue to remove spent nuclear fuel from the concrete tanks in Andreeva Bay, as well as the complicated task to secure and transport away the cores of three remaining liquid-metal cooled reactors from the Soviet navy’s Alfa-class submarines stored at the remote Gremikha base east on the Kola Peninsula.

“Then, we are ready to assist Norway in securing its nuclear installations,” Oleg Kryukov added.

Norway’s two research reactors, in Halden and at Kjeller, were recently shut down, and plans on how to decommission the installations and secure the spent nuclear fuel and radioactive waste are now under discussion.