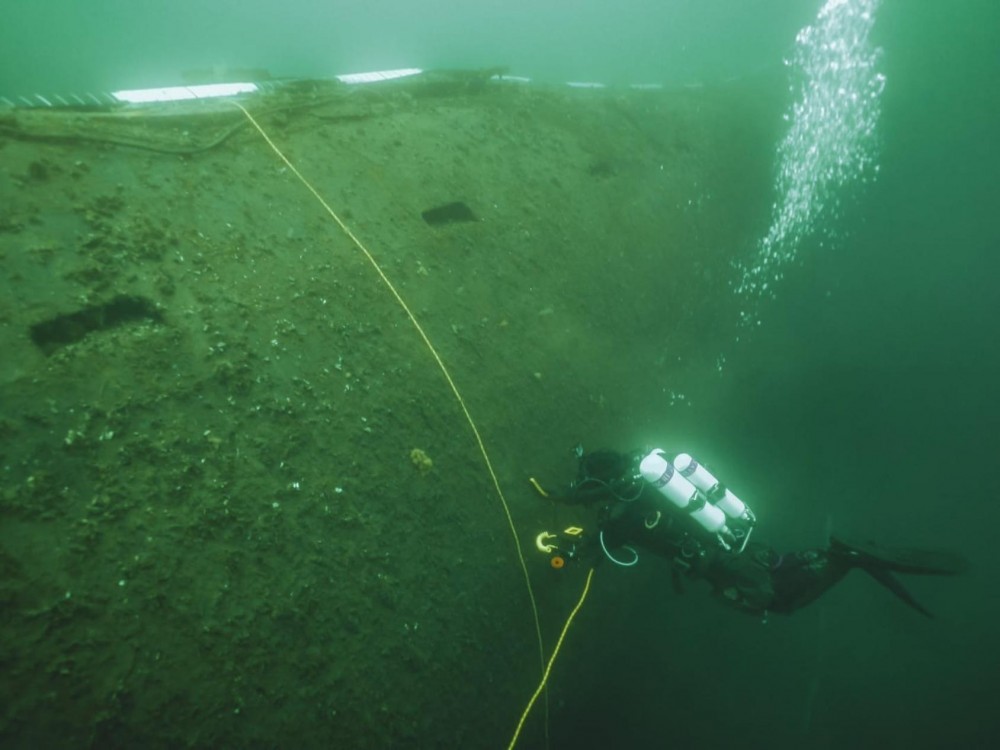 A diver examines the hull of the dumped nuclear powered submarine K-27 in the Kara Sea. Photo: Centre for Underwater Research of the Russian Geographical Society

Radioactive time bombs will be lifted from ocean floor in 2030

The two rusty nuclear submarines K-27 and K-159 will be raised from the sea bed of the Barents- and Kara Seas and brought to a shipyard for safe decommissioning.
Read in Russian | Читать по-русски
By

The November-class submarine K-159 sank in late August 2003 while being towed in bad weather from the closed naval base of Gremikha on the eastern shores of the Kola Peninsula towards the Nerpa shipyard north of Murmansk.

Researchers have since then monitored the wreak, fearing leakages of radioactivity from the two old nuclear reactors onboard could contaminate the important fishing grounds in the Barents Sea. A joint Norwegian-Russian expedition examined the site in 2014 and concluded that no leakage has so far occurred from the reactors to the surrounding marine environment.

However, the bad shape of the hull could eventually lead to radionuclides leaking out. A modeling study by the Norwegian Institute of Marine Research said that a pulse discharge of the entire Caesium-137 inventory from the two reactors could increase concentrations in cod in the eastern part of the Barents Sea up to 100 times current levels for a two-year period after the discharge. While a Cs-137 increase of 100 times in cod sounds dramatic, the levels would still be below international guidelines, but tell that to the market buying the fish.

Now, Russia’s nuclear corporation Rosatom has announced the date for lifting the K-159 to 2030.

“As indicated in the strategy for the development of the Arctic, 2030, not earlier, said Anatoly Grigoriev, head of the International technical assistance project of Rosatom to Interfax.

Grigoriev said Atomflot, the state operator of civilian nuclear-powered icebreakers with its technical base just north of Murmansk could become contractor for the lifting.

The Rosatom official added that also K-27, a submarine dumped in the Kara Sea in 1982, is included to the list of nuclear objects on the Arctic seabed to be salvaged by 2030.

The submarine was dumped at a depth of 33 meters in the Stepovogo fjord on the eastern shores of Novaya Zemlya.

Last month, divers from the Centre for Underwater Research of the Russian Geographical Society conducted a survey of the submarine’s hull. Metal pieces were cut free, the thickness of the hull was measured, along with other inspections of the submarine that has been corroding on the seabed for nearly 40 years.

Based on the examination, a detailed plan will be worked out on how to conduct the salvage without destabilizing the uranium fuel in the reactors in such a way that a new chain reactor could be restarted with a worst-case scenario of triggering direct contact between the uranium fuel and seawater.