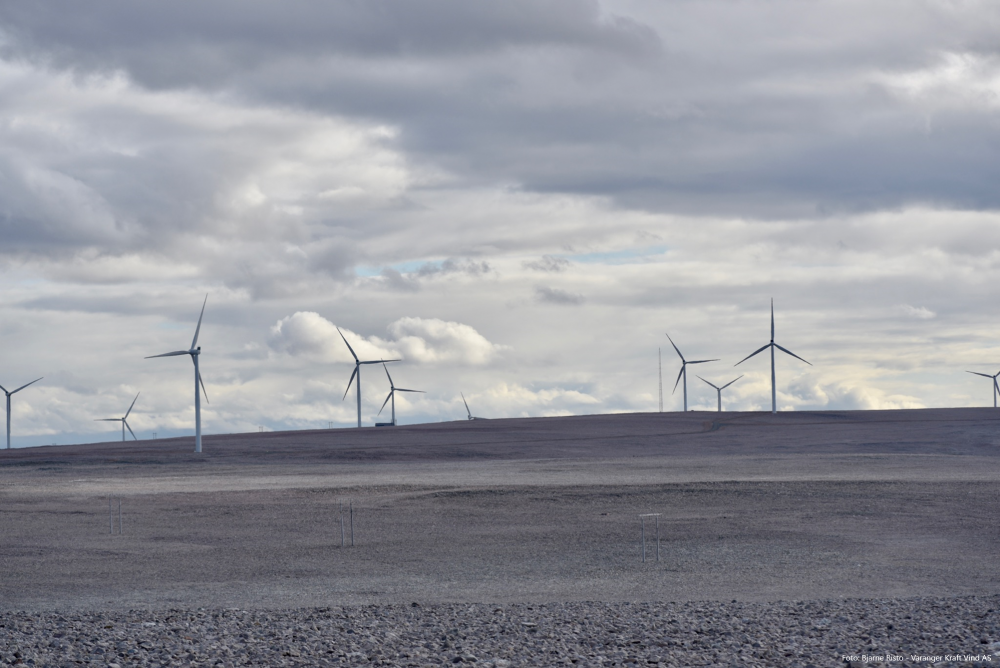 The hope is that transformation to the Green economy will attract younger generations eager to work in a purposeful jobs in the Arctic, Mads Qvist Frederiksen, Director of the Arctic Economic Council writes in this opinion for the Barents Observer.

“They can’t take the wind away from us” said the mayor of Berlevåg when I met him – and that wind is going to change the small Norwegian town in Northern Norway.

Berlevåg is a small town in Northern Norway but famous in the world literature as the place of Babette’s Feast in the book by Karen Blixen. Located far above the Arctic Circle, it has traditionally been a fishing village where smaller fishing boats have been docking to unload their catch. During the second world war the wooden houses were completely burned to the ground because of the “scorched earth tactic”. The local villagers rebuilt the place using the leftover wood from the bombed runway at the small airport. Today the villages are rebuilding the entire industrial portfolio of Berlevåg, shaping a state-of-the-art centre for the green energy production.

Getting to Berlevåg takes an 11-hour drive from Tromsø or you can jump on a small plane that stops five times – one of them in Berlevåg airport - on the way to Kirkenes, reminding of an intercity bus connecting remote communities.  Scandinavian regional aviation is going through major transformation these years and several companies have aimed for having all-electric planes in the Arctic in five years’ time.

The population of Berlevåg grew to a peak of 1810 people in 1976 but then started to decline. As of today there are only 928 registered residents and the demographic curve continues to trend downward.  Yet, there are high hopes that the new green industry will change that.

Several years ago, Berlevåg municipality applied to the EU’s Horizon programme  to construct  a small, non-commercial hydrogen test plant. The plan was to start a pilot research project to test electricity storage, mini grid and green fuel production in Arctic conditions.  In 2019 their initiative was supported with  50 million Norwegian kroner as a part of the 2020 hydrogen strategy for a climate-neutral Europe.

The success of a small test plant became a part of a big strategic plan for whole community development. Now Berlevåg will use wind energy to diversify its economy, provide green fuels and hopefully grow its population.

Just behind the town you will find a flat moonlike landscape around 300 meters above the sea. Here 15 wind turbines from Siemens Gamesa – and 12 more on the way – are about to produce up to 100 MWh of electricity. This area has some of the most steady wind conditions in Europe. In Berlevåg, the wind blows 50% of the time and the amount of electricity produced by the wind farm  will be equivalent to the annual use of 20.000 houses. However, the small population of Berlevåg doesn’t need all of that green energy, moreover, nor is the electricity net scaled up for export of energy. No one have ever thought that a small fishing village in the north would become a regional energy exporter. So, instead of letting the abundant wind blow into the air, why not to utilize it to the fullest?

A few passionate people saw a potential in Berlevåg. After having read an article in an engineering magazine about the future of shipping and hydrogen, they realised that Berlevåg had the ideal location for a large-scale hydrogen plant. Now a group of Norwegian industrial partners are developing its country first complete and commercially viable green ammonia value chain that will supply the shipping industry with carbon free energy before 2026.

To put it simple, Berlevåg has key preconditions for large scale hydrogen production. First of all,  there is  a surplus renewable energy from the wind turbines and abundant water resources to produce hydrogen. Secondly, the municipality owns plenty of land  suitable  for the construction of the  industrial park. Finally, Berlevåg already has operating port facilities from where potential customers can fill their ships with the ammonia produced at the hydrogen plant.

In addition to that, if you sail straight north from Berlevåg you will end up in Svalbard.  There the world’s northernmost settlements primarily rely on coal and diesel for energy.  But in the future ammonia could be sailed to the Arctic island and provide it with renewable energy. The new hydrogen plant is expected to produce between 100.000 to 200.000 ton of ammonia per year. To put it into scale, Longyearbyen on Svalbard needs only 20.000 ton of ammonia to be independent from coal.

The dreams do not  stop at the hydrogen plant for Berlevåg. They want to use the excesses of the hydrogen production to further economic diversification. When producing hydrogen, one uses electrolyse to split the H2 and the O2 from the water. The H2 is used in the ammonia production and the O2 can then be used for land-based fish farms, combined with the surplus heat from the hydrogen production that can ensure a stable water temperature. The by-product of oxygen and heat combined with the nutrients from the fish farm can also be used in vertical farming. Now the small fishing village will not only be an energy exporter but also an agricultural centre in the north producing lettuce all year round, despite the darkness of the polar night.

Today, maritime shipping accounts for around 3 percent of global emissions and this figure is expected to rise. Therefore, the shipping industry is already rethinking their way of working. It will demand millions of tons of ammonia, hydrogen or e-methanol. Already now Berlevåg sees itself as a part of a larger supply network along the coast of Norway. There are nevertheless a lot of work ahead. Today green ammonia cost around 600 euro per tonne, compared to around 300 euro per tonne for grey ammonia, so public investments in this sector are needed as well.

There are other hydrogen projects in other parts of the Arctic. Russia’s largest independent LNG producer Novatek is targeting the start-up of commercial hydrogen production at the Yamal Peninsula. Outside of Reykjavik in Iceland there is a hydrogen production facility and the Swedish green steel venture HYBRIT recently produced its first steel using hydrogen replacing coking coal traditionally used. In some years, you will be able to buy emission free steel from LKAB in the Swedish Arctic.

In Berlevåg the town of less than a thousand people continue to develop their dream of a hydrogen production plant.

Paradoxically, the main  challenge for Berlevåg is neither funding, nor resources.  Declining demographics is the main obstacle for economic development. Berlevåg located in the very far north is in urgent need for  qualified workforce, willing to become  a part of the green transformation  in the Arctic. The hope is that this new sustainable economic development will attract younger generations that are eager to work in a purposeful job. The answer is blowing in the wind.