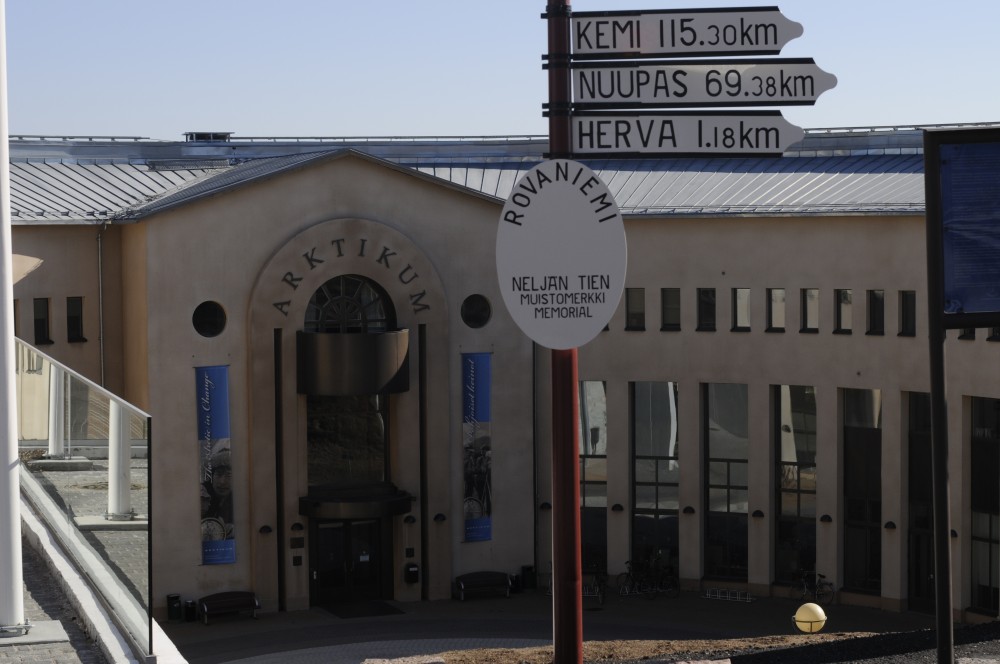 My argument in this article is that the Nordic countries together hold the keys to making the Arctic co-operation survive through this very turbulent period. Before going there, a few words about the origins of the current international Arctic co-operation. There were two key words: security and the environment.

It is usually understood that environmental concerns are behind the origins of international Arctic activities. After all, the Rovaniemi Process initiated by Finland led to the first-ever meeting of Arctic ministers of the environment in Rovaniemi 1991 and with this, to the AEPS, Arctic Environment Protection Strategy, the origins of the current Arctic Council structure. It is also usually understood that military security does not play a role in Arctic co-operation.

However, history tells us another story. It was precisely Finnish concerns about hard security in the North that sparked Finland’s Arctic initiative, made possible by Mikhail Gorbachev’s famous speech in Murmansk in late 1987. Gorbatchev had a number of openings, environmental co-operation being one of them. Finland concluded that any new co-operation in the Arctic would serve its security interests by helping in reducing tensions. It was also seen that environment was the easiest theme to go forward with. Security was the goal; environment was the vehicle. By the collapse of the Soviet Union, security interests faded away, and environmental themes were strong enough to live independently.

However, we are now back where it all started in the Cold War era. Military thinking – although in this case one could rather say military madness – is again back like cancer eating away life from everything else.

What would be the way to try reverse the current course, in the way that the original Finland’s Arctic initiative tried in the late eighties? How to again engage everybody in the Arctic? What could be the small openings that could make a difference?

In the short term, it seems that there is no way to engage all. As long as Putin or a Putin-like regime sits in Moscow, there is no returning to business-as-usual with Russia. In this new situation, the Arctic is tied to developments elsewhere.

One day there will hopefully be a Russian regime willing to end the aggression and isolation, but are we talking about months, years, or decades? Will the upcoming changes be controlled or chaotic? All Russian future options are on the table.

The Arctic co-operation did function normally enough before the war started. The Arctic Council was not in trouble because of the Russian chairmanship. It was actually in deeper trouble during the Finnish chairmanship, with the Trump-era US policy of not accepting any references to climate change.

There is now a possible future where Putin still sits in the Kremlin while Trump or a Trump-like administration returns to the power in the USA. This would make restoring the Arctic Council even more difficult if too much time is allowed to pass. Things are in any case already in constant change. The likely option of Finland and Sweden joining the NATO will inevitably be noted in the Arctic as well. In which way, it remains to be seen.

There have been many speculations on how to keep the Arctic Council floating without Russia, with the remaining seven members, A7. No functional solutions seem to be yet at hand. Creating new A7 structures is problematic, to say the least. How could they have clear, non-disputed mandates?

However, a solid and undisputed A5 structure is already there: the Nordic co-operation.

The Nordic Council of Ministers already has a number of Arctic activities, and it has a mandate to discuss the Arctic in its own context. Why not build on that and invite also other Arctic countries – the USA and Canada – together with Indigenous peoples from these regions to unofficial Arctic discussions, hosted by the Nordic Council of Ministers? It would be a coalition of the like-minded, not replacing the Arctic Council or restoring the work of its working groups but possibly acting as a political safe haven for Arctic talks for the time needed. First of all, it could allow room for political level Arctic discussion, while not competing with the Arctic Council as such. Practical, working-group operations related discussions would need to be organized elsewhere.

Also, if things are one day about to change in Russia the Nordic co-operation could host the talks on how to get life back to the Arctic Council. Who else could do it as easily?

After all, there is a previous example: The Arctic parliamentary co-operation was originally planned and initiated in the Nordic Council context in mid-nineties. At that time, the Nordic touch made things happen, thanks to some visionary people in parliamentary structures.

Utilizing the Nordic co-operation in keeping Arctic co-operation spirit alive also has the benefit of being able to reach and engage many kinds of regional and civil society actors, not only ministries. I have argued in my article in the Finnish newspaper Lapin Kansa (19 April 2022) that the concept of Arctic Europe, regional branding of Northern parts of Finland, Sweden, Norway and also Iceland, could be introduced under the umbrella of Nordic co-operation.

One can also imagine a situation where the totalitarian façade of Russia starts to crack, and there emerges actors, perhaps regions, perhaps cities or institutes, willing to have independent contacts across the borders. In that case, the Western countries may ease the ban of having no contacts with Russian institutions. Again, under the Nordic co-operation umbrella there could be Arctic international civil society contacts (for instance, some professional groups) to some credible partners in Russian side when official contacts are not yet operational.

Achieving any of all that would certainly require quite much new thinking in Nordic co-operation together with real political will and good coordination. It is fair to say that at the moment there are no such signs which in turn makes these speculations about a stronger Nordic Arctic role quite distant and hypothetical. However, in a situation where something needs to be done, doing something would have benefits.

Markku Heikkilä is Head of Science Communication with the Arctic Centre, University of Lapland, Finland.