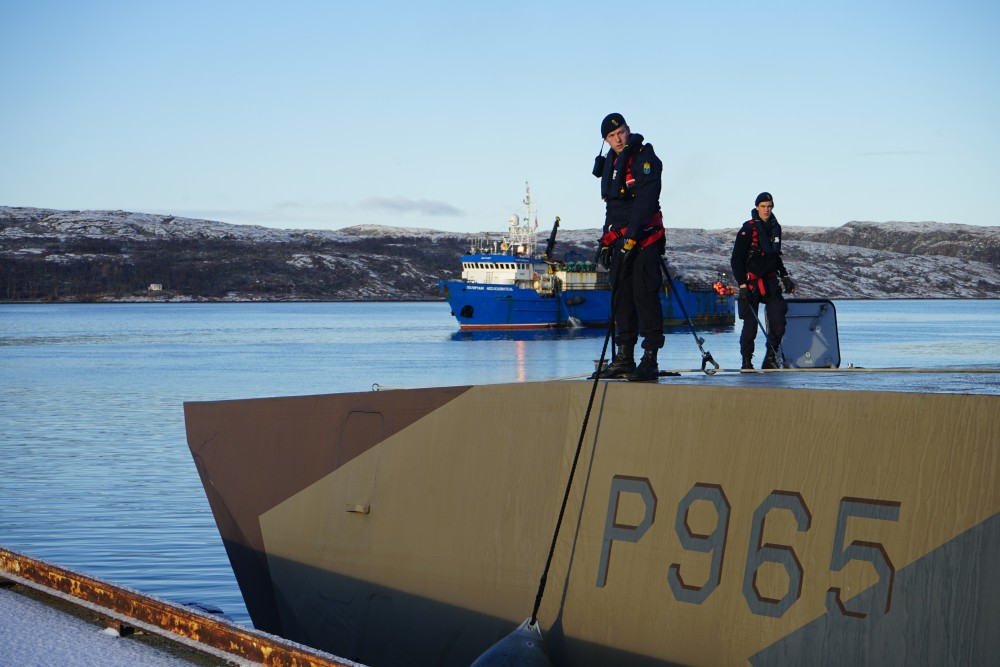 Arctic sea ice is melting at a rate of 13% per decade. Maritime routes are expanding and resources are becoming more accessible. As a result, the Arctic is becoming a region of geopolitical conflict and instability.

The United States should build stronger relationships with Arctic states.  It should develop bilateral agreements with Canada, Denmark, Norway and especially Russia to protect its security interests. Bilateral security agreements will reduce geopolitical tensions and affirm American leadership in the Arctic.

Current U.S. neglect of the Arctic allows competitors, like Russia and China, to strong-arm our allies, build critical infrastructure, develop new technologies, and exploit resources. Russian President Vladimir Putin, in August, reiterated his desire for Russia to be the preeminent power in the Arctic.

Moreover, climate change is opening new routes that were once impassable. The North East Passage widens yearly, allowing Russian and Chinese ships to transit shorter shipping routes and enabling Russia to obtain previously blocked resources.  The U.S. Coast Guard has only two icebreakers in service and they are both over 20 years old. Meanwhile, competitors like China and Russia continue investing in Arctic research and technology.

Current U.S. policy relies on the Arctic Council to handle crises. However, the Council cannot discuss security issues. The United States has no way to prevent Russian military development or Chinese incursions into the Arctic.  The U.S. needs to take the lead in negotiating bilateral security agreements to protect its security interests in the Arctic.

First, Arctic bilateral security agreements will permit a constructive diplomatic environment. Bilateral agreements limit the noise at the table, allowing for more productive and fluid discussions. The United States can achieve security agreements with Canada, Denmark, Norway and even Russia to secure its interests and operational freedom. Moreover, the volatile environment of the Arctic requires cooperation as infrastructure, search and rescue, and research are dangerous.

Second, inviting Russia to the table for security discussion obstructs Russian propaganda against the West. One of Russia’s principal propaganda points is that the West threatens its security, which justifies its actions in Ukraine, for instance. However, a bilateral Arctic security agreement will allow only American and Russian voices at the table. This will limit Russia’s position that the U.S. attacks its interests with NATO. Similarly, an American-Russian bilateral arctic security agreement would recognize Russian Arctic security interests by establishing limits to troop buildups or offensive weapons like submarines armed with nuclear weapons in the Arctic. Open discourse with the Russians will allow a chance for diplomacy and dialogue to succeed.

Third, the current state of the Arctic is exceedingly hazardous. The U.S. cannot currently do search and rescue in its territorial waters with only two old icebreakers. The U.S. will need to establish close ties with coastal Arctic states to ensure that it can save the lives of those stranded on the Arctic ice sheets.  Through bilateral agreements, the U.S. can use other states’ capabilities to protect human lives at sea.

Some say that security discussions in the Arctic will militarize the region. However, the Arctic of the Cold War was much more militarized than it is today. Bilateral security agreements will reduce tensions, militarization, and spillover of geopolitical conflicts. Arctic militarization does not mean war or instability. Norway, for example, sees its Arctic military presence as contributing to stability. Its perspective is that stability can be managed even during high-tension periods. Additionally, the topography of the Arctic prevents increased military personnel. The environment is too harsh for sustained human living, and equipment becomes unusable after a year.

Austin Felter is a Graduate Student with the The Elliott School of International Affairs in Washington D.C.