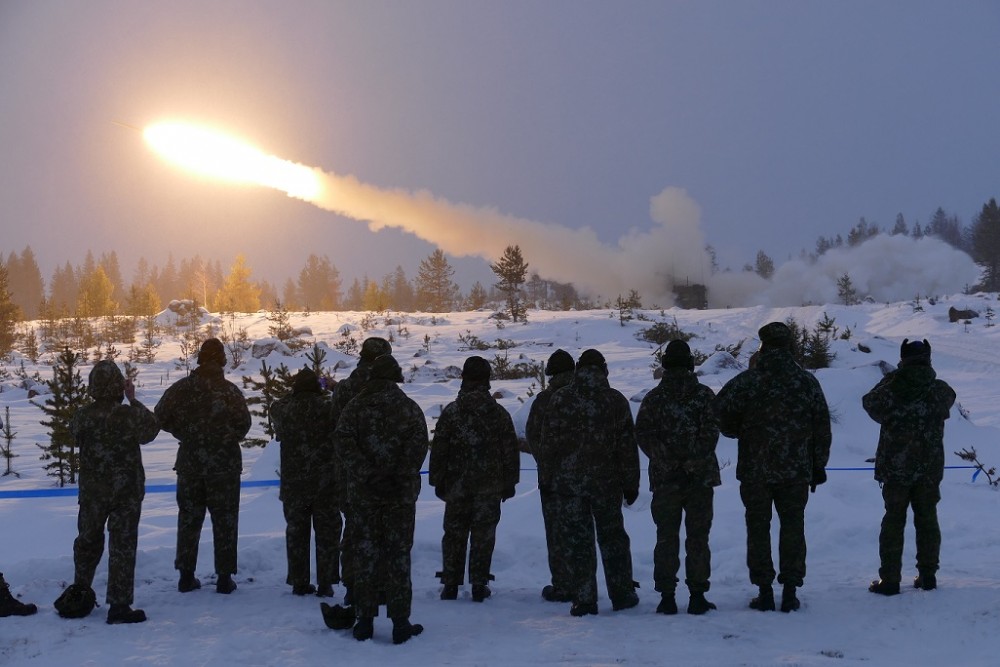 Helsinki beefs up defence budget by 9 percent next year, even though Finland is facing hard economic times.
By

“Finland is a highly capable and very committed partner who provides NATO with additional military expertise in its operations and missions, but also useful regional security insight,” said Lt Gen Schissler according to a press-note.

Second to Ukraine, Finland has the longest border to Russia in Europe with 1,340 kilometres.

In Lapland, the delegation of high-ranking NATO officials also visited Lapland Air Command base in Rovaniemi. The air base is responsible for protection of the airspace of northern Finland and has a fleet of American made F-18 Hornet fighters.

This summer, a Defence Ministry working group presented a report proposing that the F-18 Hornets should be replaced by new multirole combat jet as their lifecycle will reach the end in 2030. Finland has told USA, Great Britain, France and Sweden about the plans to buy new combat fighter jets, but a decision on who to buy from can still take years.

Finland became member of the Euro-Atlantic Partnership Council in 1997 and joined NATO’s Partnership for Peace programme in 1994.

In Lapland last week, Discussions focused on how NATO-Finnish military cooperation and interoperability might be increased in practical terms.

The delegation was also introduced to the Border Guard Service, the Minsitry of Defence says in a press-release.

With reference to the Finnish Defence Ministry, Bloomberg reports that military spending is set to rise 9 percent next year to €2.89 billion.

“I don’t think any concrete steps on the part of NATO will follow soon” Grushko said to Rossiya-24 TV channel and referred to by TASS.