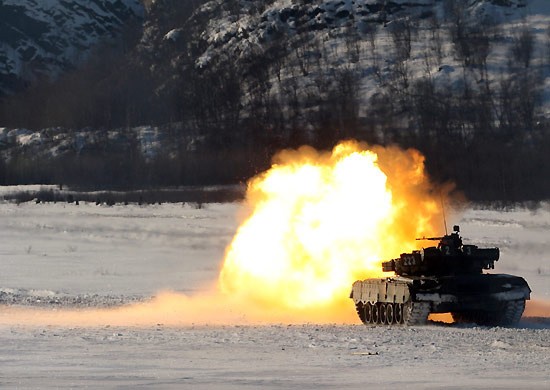 Units from the 200. Motorized Infantry Brigade in traning. Photo: Mil.ru

Inspectors from the Norwegian Armed Forces are currently in Pechenga on the Kola Peninula for an evaluation of the 200. Motorized Infantry Brigade.

The evaluation, which takes place on January 18-20, is in accordance with the Vienna Document of 2011 on implementation of measures to strengthen confidence and security in Europe.

“In today´s security political situation it is very important to work for increased predictability and openness around military forces´training and exercises, both on allied and Russian side, to avoid misunderstandings, unwanted incidents and escalation”, Halvorsen says.

Head of Russia´s National Center for Nuclear Risk Reduction Sergey Ryzhkov says to RIA Novosti that the inspectors will be briefed about the brigade and will get a chance to meet with personnel and take a closer look at the brigade´s main weapon systems and equipment.

As Independent Barents Observer reported, a blogger on the LiveJournal network recently published several photos allegedly showing soldiers and vehicles from Pechenga taking part in battles in Eastern Ukraine. This is a topic the Norwegian evaluation team won´t be discussing with the Russians in Pechenga.

“The evaluation team will keep to the formal guidelines for implementation of evaluations as they appear in the Vienna Document. Whether soldiers and vehicles from the 200. Motorized Infantry Brigade took part in fighting in Eastern Ukraine, will not be a formal topic for the evaluation”, Colonel Sven H Halvorsen says.

In April 2015 a group of Russian inspectors visited Brigade Nord in Troms county for an evaluation of military units in the area. This visit was also within the framework of the Vienna Document.

Russia inspects Norway from the air